Topanga is a census-designated place (CDP) in western Los Angeles County, California, United States.[2] Located in the Santa Monica Mountains, the community lies in Topanga Canyon and the surrounding hills. The narrow southern portion of Topanga at the coast is between the city of Malibu and the Los Angeles neighborhood of Pacific Palisades. As of the 2010 census the population of the Topanga CDP was 8,289.[3] The ZIP code is 90290 and the area code is primarily 310, with 818 only at the north end of the canyon. It is in the 3rd County Supervisorial district.

Topanga is the name given to the area by the Native American indigenous Tongva tribe,[4] and may mean "where the mountain meets the sea"[5] or "a place above". It was the western border of their territory, abutting the Chumash tribe that occupied the coast from Malibu northwards. Bedrock mortars can be found carved into rock outcroppings in many locations.

Topanga was first settled by Europeans in 1839.[6] In the 1920s, Topanga Canyon became a weekend getaway for Hollywood stars with several cottages built for that purpose. The rolling hills and ample vegetation served to provide both privacy and attractive surroundings for the rich and famous.

During the 1960s, Topanga Canyon became a magnet to many new artists. In 1965 Wallace Berman settled in the area. For a time, Neil Young lived in Topanga, first living with producer David Briggs then later buying his own house. He recorded most of his After the Gold Rush album in his basement studio in 1970. Charles Manson had previously been living in Topanga, where he had briefly befriended both Neil Young and Dennis Wilson of The Beach Boys. Members of the Manson Family began their campaign of murder on July 31, 1969, with the murder of Topanga resident Gary Hinman, a music teacher who had opened his home to anyone needing shelter.

Topanga Creek drains Topanga Canyon and is the third largest watershed entering the Santa Monica Bay.[7] The creek is one of the few remaining undammed waterways in the area, and is a spawning ground for steelhead trout. The area typically receives about 22 inches (560 mm) of rain annually.[8] Topanga Beach[9] lies on the coast at the outlet of Topanga Creek. Topanga Canyon Boulevard, State Route 27, is the principal thoroughfare, connecting the Ventura Freeway (US 101) to the north with Pacific Coast Highway (SR 1) on the south. The southern portion of the boulevard largely follows Topanga Creek. North of the Old Topanga Canyon Road intersection, the boulevard traverses the Santa Monica Mountains.

This region experiences warm (but not hot) and dry summers, with no average monthly temperatures above 71.6 °F (22.0 °C). According to the Köppen Climate Classification system, Topanga has a warm-summer Mediterranean climate, abbreviated "Csb" on climate maps.[11]

Topanga, California, as viewed from the Topanga Overlook

The bottom of Topanga Canyon, where it meets Pacific Coast Highway and the ocean, was owned for many years[when?] by the Los Angeles Athletic Club, a wealthy private club in downtown Los Angeles. The 1,659-acre (6.71 km2) parcel was rented out to a variety of businesses and residents for decades at remarkably low rents, considering that it borders the city of Malibu. Thus Lower Topanga became unique as one of the last outposts of the classic Topanga Canyon bohemian hippie lifestyle.

The Chumash people considered Lower Topanga a sacred, economic, and cultural meeting place for tribes all along the coast. One of the main neighborhoods, the "Rodeo Grounds", takes its name from an actual rodeo arena that existed there on a Mexican ranch in the 1800s. (Another neighborhood, "The Snake Pit", was named both for its abundance of rattlesnakes and for the shifty characters who passed through like Charles Manson.)

In the early 1900s, Lower Topanga was a Japanese fishing village. William Randolph Hearst owned the property for a time and turned it into a weekend getaway spot with beach shacks for his and Marion Davies' guests.

In the '60s, a lively community of artists and surfers sprang up in Lower Topanga. They maintained their houses without assistance, sometimes digging them out of the mud after floods or setting backfires to prevent a spreading wildfire from burning down their neighborhood. The roads remained unpaved.[14]

In 2001, Lower Topanga was sold to California State Parks. Even though the Lower Topanga community occupied less than 2% of the total purchased land, State Parks had an aggressive policy to relocate everyone and bulldoze all of the houses. (State Parks had already evicted residents who lived directly on Topanga Beach in the late '70s.[15])

A group of 10 Lower Topanga poets calling themselves the "Idlers of the Bamboo Grove" published a book of the same name in 2002, celebrating their community and lamenting the prospect of having to leave. Their publisher, Brass Tacks Press, continued publishing works about Lower Topanga, including The Snake Pit by Baretta (2006), Tool's Snake Pit by Tool (2007), Rohloff's Snake Pit by Chris Rohloff (2009), and Topanga Beach Experience: 1960s-70s by Paul Lovas and Pablo Capra (2011) - as well as maintaining an online Lower Topanga Photo Archive.[]

Even though Lower Topanga residents were given money to leave, some fought bitterly against their relocation in court. However, the last holdouts were forced off the land in March 2006.[14] Currently there are active efforts by TreePeople and Mountains Restoration Trust to restore the area to its pristine condition as it was prior to development.

Topanga is known as a bohemian enclave attracting artists, musicians, filmmakers, and others. Numerous music festivals have been organized in the canyon, including the Topanga Days Festival and Topanga Earth Day. The Topanga Film Institute[16] hosts the annual Topanga Film Festival.

In the 1950s, blacklisted actor Will Geer had to sell his large Santa Monica home and move his family to a small plot in the canyon where they could grow their own produce. Geer's friend Woody Guthrie had a small shack on the property. They unintentionally founded what became an artists' colony. Since its founding in 1973, the Geer family has continued to operate the Will Geer Theatricum Botanicum. It has grown into an Equity theater, and occupies a natural outdoor amphitheater. It features Shakespearean plays, modern classics, and original productions, as well as musical concerts. Performers have included Pete Seeger, Arlo Guthrie, Della Reese, and Burl Ives.[]Odetta was part of the early music scene in the 1960s.[17]

A famous venue in the canyon was the Elysium Institute, also known as Elysium Fields, a nudist club started by Ed Lange in 1967.[18] After surviving extended battles with county officials the 9-acre (3.6 ha) property was sold in 2002 by its founder's heirs.[19]

Every Memorial Day weekend on the grounds of the Topanga Community House, Topanga has an annual fair and parade, called Topanga Days. Topanga Days Country Fair features music, belly dancing, over 80 unique craft vendors and a variety of food from Cajun to Mexican to vegan. A parade is held on Memorial Day. The parade is said[who?] to have inspired the more famous Doo-Dah Parade in Pasadena.

Topanga canyon also sees and annual reggae festival "Reggae on the Mountain"[20] that has grown to be one of the largest events in the area. The event serves as a fundraiser for the Topanga Community Club in a similar fashion as Topanga Days.

Two outdoor shopping centers featuring local businesses form the hub of local commerce. There are no hotels, motels or gas stations in Topanga, nor are there any chain or big box stores.

The location of Topanga in the Santa Monica Mountains also makes the natural surroundings an important part of the culture. Streams, waterfalls, cliffs of exposed bedrock, landmark rock outcroppings, and overlooks with panoramic views of the mountains, Pacific Ocean and Los Angeles are common attractions. There are many trails for short walks, hiking, mountain biking, horseback riding, birdwatching, and rock climbing, all of which are important parts of the local community.

The Los Angeles County Fire Department operates Fire Station No. 69 in Topanga as a part of Battalion 5.[24] During the 1960s and 1970s, "problematic firefighters" were placed here under the supervision of James O. Page.[25]

The California Highway Patrol, West Valley Area, handles the traffic on the State Route and in the unincorporated areas.<6>

Most Topanga residents are zoned to schools in the Los Angeles Unified School District.[29][30]

Some portions are in the Santa Monica-Malibu Unified School District (SMMUSD). Those portions are zoned to Webster Elementary School and Malibu High School.[35] 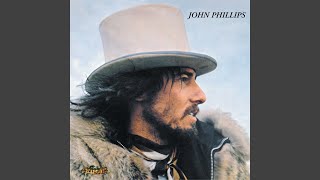 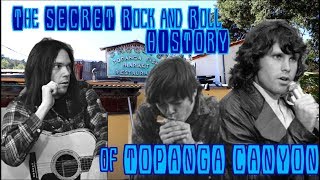 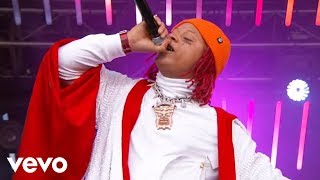 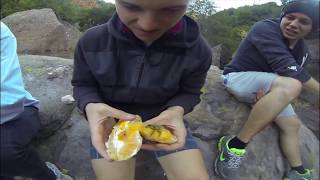 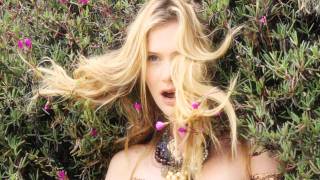 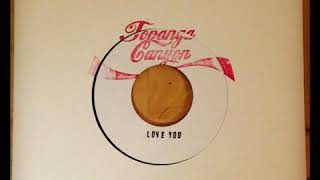 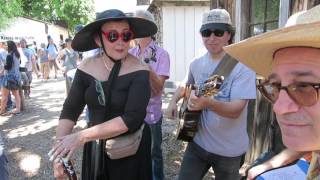 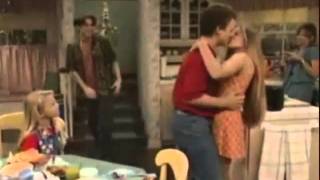 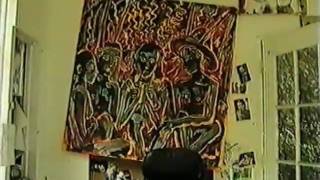 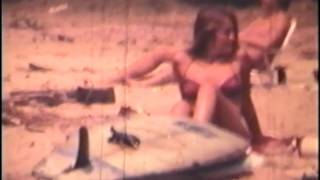 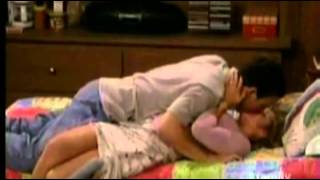 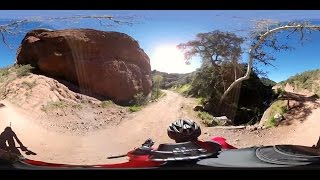 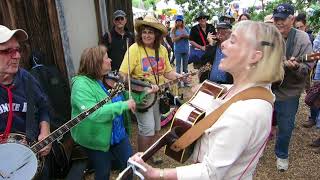 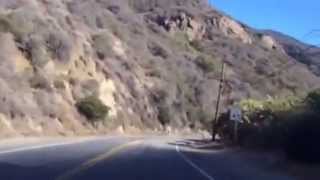 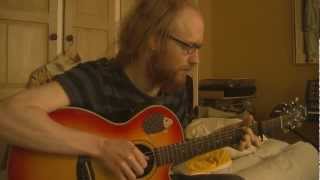 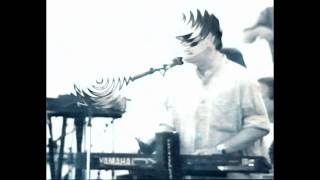 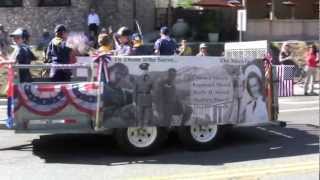