Upper Arlington, often known by its initials U.A., is a city in Franklin County, Ohio, United States, on the northwest side of the Columbus metropolitan area. The Old Arlington neighborhood is listed on the National Register of Historic Places. As of 2010, the population was estimated to be 33,771.[5]

The land on which present-day Upper Arlington sits was first known to be inhabited by the Adena people, renowned for building conical mounds for burial sites. Centuries later the Wyandot lived there, eventually being expelled after the U.S. Government gave land grants to Revolutionary War soldiers in lieu of pay. Property originally bestowed in this area to Elijah Backus, Jonathan Dayton and Andrew Marker was sold as farm property to a number of different families in the 1800s.

Brothers and real estate developers King and Ben Thompson founded Upper Arlington. They purchased the original 840 acres of land, south of present-day Lane Avenue, from James T. Miller in 1913. It was directly adjacent to the Marble Cliff Quarry Co. They first referred to the area as the "Country Club District" modeled after the Country Club development in Kansas City, but by 1917 the community had become known as "Upper Arlington" in reference to its southern neighbor of Arlington (now known as Marble Cliff). The Upper Arlington Company was incorporated that year and by 1920 operated out of a field office built in Miller Park; that building also served as a streetcar shelter house and is presently the Miller Park branch of the Upper Arlington Library.

The development proceeded according to the Garden City-inspired plan by landscape architect William Pitkin, Jr., which called for following the contours of the land to form curving streets copiously lined with trees rather than a gridded street layout. This design style gave the oldest district in Upper Arlington (at its southernmost end) its distinctively pleasant, park-like feel, featuring numerous small green spaces.

In 1916, the development was interrupted when the National Guard used the area as a temporary training camp called Camp Willis after Ohio's governor at the time, Frank B. Willis. Thousands of servicemen were trained at Camp Willis and then dispatched against Pancho Villa on the Mexican border. The camp was dismantled by September 1916. Development resumed shortly afterwards, and on March 20, 1918, Upper Arlington incorporated as a village with a population of 200. James T. Miller, the original landowner, served as the first mayor. The Mallway business district, which was constructed in the 1920s, was the first commercial district in Upper Arlington.

Many restrictions existed as Upper Arlington developed. Some of these involved creating open, green spaces, maintenance of parks, generous setbacks ensuring large front and corner lawns, and carefully controlled development of separate areas for businesses and multi-family housing. From 1920 to 1945, the city enforced racially restrictive covenants in property deeds. From 1930 to 1945, 77.3% of the 22 new subdivisions built in the Columbus, Ohio area either explicitly prohibited African Americans or permitted only whites.[6] In 1948, the Supreme Court ruled that racially restrictive covenants were unenforceable, and in 1968, they became illegal.

Upper Arlington became a city on February 8, 1941 and annexed surrounding land as its population grew. Most annexation occurred in the late 1940s through 1960. The two largest annexations occurred in 1954 and 1955, by which the city nearly doubled its surface area. Henderson Road has been Upper Arlington's northern border since 1969.

The annexed property was part of Perry Township, which had been home to numerous farm residents and their families in the 1800s. One such resident was Pleasant Litchford, a former slave who migrated north after buying his freedom, and who became a notable citizen in the African-American community. The current high school sits on property owned by Pleasant Litchford until his death in 1879. The property was annexed into Upper Arlington in the 1950s.

Other Perry Township farming family names from the 1800s include Kennedy, Kenny, Legg, and Trapp. The McCoy, Richards, Lakin, Matthews, Delashmutt, Phenegar, Slyh, Zollinger, Bickett, Wills and Walcutt families were connected in some way by marriage and have descendants living in Upper Arlington. Richards and McCoy family reunions were held for decades; their first was in 1895, with 109 in attendance.

The post-World War II housing boom led to the development of many new housing tracts north of Lane Avenue. The newer developments took on a much different character from the older core of the city, being mostly organized along normal street grids and with classic ranch-style houses like those found in the area called River Ridge. By the 1960s, as the city grew north, the houses were larger and the neighborhoods more consistent with the intent, if not style, of the original section south of Lane Avenue. The southern half of the city, designated as the "Upper Arlington Historic District" (or colloquially "Old Arlington" or "South of Lane"), was listed on the National Register of Historic Places in 1985.

Upper Arlington is bordered on the west by the Scioto River, on the north and east by Columbus, and on the south by Marble Cliff and Grandview Heights. The Olentangy River and the main campus of the Ohio State University are a short distance to the east of Upper Arlington. Downtown Columbus lies to the southeast, its skyline visible across the OSU farmland research facilities extending along Upper Arlington's eastern border.

The city is around 800 ft elevation located between the Olentangy and Scioto rivers. Two ravines cut through the city. The Slate Run in the northwest corner flows into the Scioto River. However, the Turkey Run is longer. It originates in the north then runs southwards until it makes an eastward bend around Reed Rd. Then, it flows eastwards through the OSU Golf Course. The run is used as a storm drain at points, has been dammed in the Ohio State course and runs through concrete pipes at two points. The soil is glacial till and is suitable for agriculture, supporting a research farm operated by The Ohio State University.

The Parks & Recreation Department hosts numerous family oriented community events throughout the year, including Winter Fest and the annual holiday tree lighting, Fall Fest, Spring Fling and Summer Celebration. The city hosts a free, outdoor summer concert series in June and July, bringing a mix of local and regional musicians to the outdoor stage of the Amelita Mirolo Barn in Sunny 95 Park. In addition, a free outdoor summer movie series provides families a fun night out under the stars in one of the community's beautiful parks.

The Upper Arlington Civic Association (UACA) is responsible for a wealth of popular community events each year. Most notable, with assistance from the city, UACA hosts the community's annual Fourth of July celebrations, which include a large parade along Northwest Boulevard in the morning, and an evening festival - Party in the Park - which features live music and ends with a spectacular fireworks display.[15] UACA also hosts an annual Easter Candy Hunt at Thompson Park,[16] the Halloween event "Golden Bear Scare" at Smith Nature Park,[17] visits with Santa at Christmas in the Park,[18] a holiday home decorating contest and more.[19] Jones Middle School, located on the former site of Camp Willis. The building, which terminates the mallway at the center of the Historic District, was designed by Ohio Stadium architect Howard Dwight Smith and served as the first permanent school in Upper Arlington upon its completion in 1924.

The Upper Arlington City School District serves the entire municipality. As of 2000, the Upper Arlington Board of Education was the city's largest employer. The district provides an early education school, five elementary schools, two middle schools, and a high school. Burbank Early Education School serves students before the elementary level and was created during a period when the population demanded fewer elementary buildings. The district offers an optional informal/progressive style of education through Wickliffe Progressive Elementary and Barrington Elementary, the latter of which also provides a contemporary program [1] .Other elementary schools include Greensview, Tremont and Windermere.[20]

Hastings Middle School was built in the 1960s and serves the northern area of the district. Jones Middle School is located in the former high school building that was also the site of the Willis National Guard Camp and serves the southern portion. Upper Arlington High School serves students from the entire district and boasts membership in the International Baccalaureate program. The Upper Arlington High School mascot is the Golden Bear, which became the nickname of professional golfer Jack Nicklaus, an alumnus of the school.[20]

The City of Upper Arlington operates under the Council/Manager form of government--a system of representative democracy that combines the policy-setting leadership of elected officials with the strong managerial experience of an appointed manager. The City Council is elected by citizens and then hires a professional City Manager to run day-to-day operations and implement policy passed by Council.

Upper Arlington's Community Development Department coordinates the many aspects involved in the city's growth, development and preservation Building, Planning and Property Maintenance divisions, with development projects guided and served by an award-winning, streamlined review and zoning process. An Economic Development Division provides a range of services to help existing, new and expanding businesses grow and be successful in the community while diversifying and expanding the range of businesses, and amenities available to residents and strengthening the tax base. The Engineering Division manages the city's public infrastructure--such as roads, waterlines, sanitary and storm sewer systems, and public right-of-way--with a 10-year Capital Improvement Program in place to ensure proactive reinvestment in these critical community assets. The Public Works Division focuses on vital services that keep motorists traveling safely within our community throughout the seasons, including minor road repairs, street cleaning, snow removal and leaf collection.

The city is always looking for innovative ways to bring the best care and public safety to the community. This is done through a variety of services including: CARES, Bike Helmets for Kids, Blood Pressure Checks, CPR Training, and Safe Baby Training. Upper Arlington's Fire Division also staffs all medic trucks with at least two paramedics and all fire apparatus with at least one paramedic at all times. The Police Division provides 24-hour service and is an integral part of developing and maintaining a safe and secure community.

The Parks & Recreation Department fulfills the recreational, cultural and educational needs of the community through an exciting array of programs and activities, as well as maintaining the city's beautiful parks, street trees and other public spaces. They offer programs and activities for youth, adult and senior adults varying from cultural arts, aquatics and tennis, culinary and crafts.

The Upper Arlington Public Library system comprises the Main Library, a 60,000 square foot facility located on Tremont Road near the geographic center of the city, the 10,000 square foot Lane Road Branch, approximately three miles to the north, and the 4,400 square foot Miller Park Branch, one and one half miles south near the center of Old Arlington. Prior to 1967, the libraries in Upper Arlington were branches of the Grandview Heights Public Library. After circulation at the Upper Arlington branches surpassed their parent library, Mayor John Dunkel spearheaded an effort to challenge a law prohibiting new library systems in Ohio.[22] Thanks to his perseverance, the Ohio General Assembly passed Ohio House Bill No. 494 in 1967, allowing Upper Arlington to independently establish and govern its own library system. Celebrating its 50th anniversary in 2017, the Upper Arlington Library System is considered a community jewel, providing opportunities for lifelong learning and fellowship.

The city has a sister city relationship with St. Andrews, Scotland. 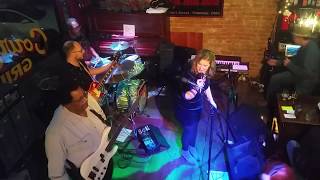 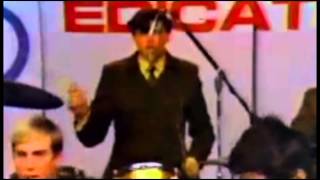 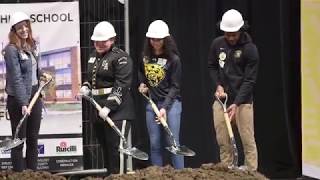 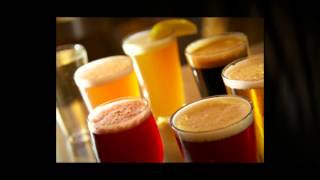 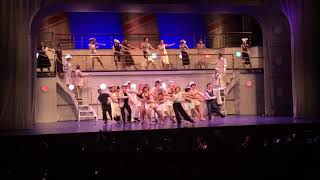 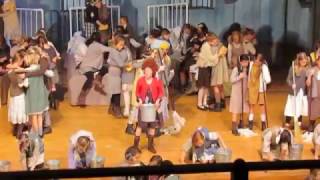 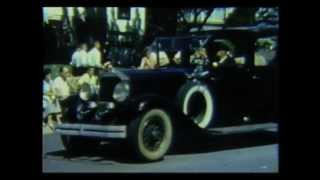 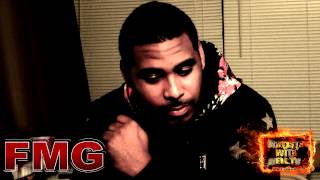 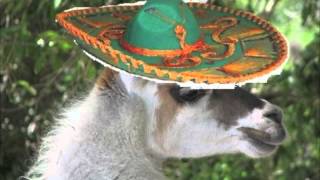 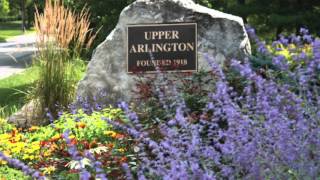 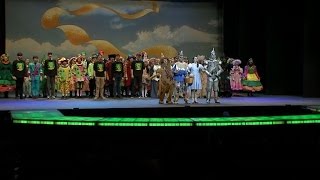 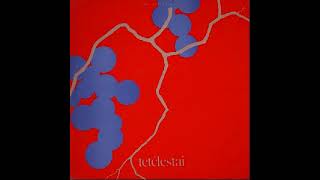 The Most Underrated Running Back EVER In The Nation! *BROKEN STATE RECORDS*
Watch   Add to List   Share 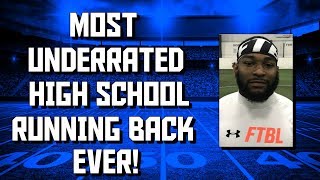 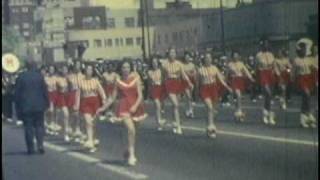