Victoria is the largest city and county seat of Victoria County, Texas. The population was 62,592 as of the 2010 census. The three counties of the Victoria Metropolitan Statistical Area had a population of 111,163 as of the 2000 census. Its elevation is 95 ft (29 m).

Victoria is located 30 miles inland from the Gulf of Mexico. It is a regional hub for a seven-county area known as the "Golden Crescent", and serves a retail trade area of over 250,000 people. Victoria is known as "The Crossroads" because of its location within a two-hour drive of Corpus Christi, Houston, San Antonio, and Austin.

Victoria is named for General Guadalupe Victoria, who became the first president of independent Mexico.[5] Victoria is the cathedral city of the Roman Catholic Diocese of Victoria in Texas.

During the Texas Revolution, Guadalupe Victoria contributed soldiers and supplies to pro-revolutionary forces. However, after James Fannin was defeated by the Mexican army at the Battle of Coleto, the town was occupied by Mexican forces.[8] After Santa Anna was defeated at the Battle of San Jacinto, the town's Mexican residents were driven out by Anglo settlers, who renamed it Victoria.

In 1840, a Comanche raid on nearby Linnville killed many residents of the town.[9] A cholera outbreak occurred in 1846.[8]

During the mid-19th century, the city developed a large population of European immigrants, particularly Germans.[8] By the turn of the 20th century, Victoria was experiencing rapid population growth thanks to its position as a regional trade center. The city's advantageous proximity to Gulf Coast ports, the larger cities of San Antonio, Austin, and Corpus Christi, and prosperous industries in agriculture and petrochemicals solidified its prominence.[8]

The University of Houston-Victoria was founded in 1971 and remains there today.

Victoria is located on the coastal plains of Texas about 50 mi (80 km) from the Gulf of Mexico and 20 mi (32 km) from the nearest bay waters. It lies along and just to the east of the Guadalupe River. The topography is mostly flat to slightly rolling with an average elevation of 95 ft (29 m). Most of the city is underlain by smectite-rich clay which is locally capped by silt or fine sand; the high shrink-swell potential associated with smectite creates major challenges to urban infrastructure.[10] Vegetation in better-drained areas consists primarily of short grasses with post oaks and other small timber and brush. Moist sites can grow tall forests dominated by elm and pecan.[11]

Victoria is classified as humid subtropical. June through August is very hot and humid with high temperatures regularly exceeding 100 °F (38 °C). The record high temperature of 111 °F (44 °C) was recorded in September 2000. Spring and autumn are generally mild to warm with lower humidity. Winters are mild with occasional cold spells. The record low temperature was recorded in December 1989, when the temperature dropped to 9 °F (-13 °C). Snow is very infrequent, usually occurring on average once every 11 years. On December 24-25, 2004, Victoria recorded its first White Christmas ever when 12.5 in (320 mm) of snow fell.[12]

Average monthly precipitation is lowest in winter and has a secondary minimum in August, with intense heat and humidity prevailing. On average, the wettest months are May, June, September and October (the last two of these due to significant threat from tropical weather systems, including hurricanes, which can produce torrential rainfalls some years).

Victoria has occasional severe weather, mostly from flooding. Hurricanes have the potential to bring severe damage to the area. Hurricane Claudette in July 2003 was the last hurricane to score a direct hit on the city. During this event, winds gusted to 83 mph (134 km/h) at the Victoria Regional Airport and 90% of the city lost power.[] The most intense hurricane to affect Victoria remains Hurricane Carla in September 1961.

In May 2013, a rare tornado hit Victoria on a Saturday afternoon with tornado warnings everywhere from Corpus Christi to the southeast Houston/Sugarland Metro area. A short-lived tornado took a swipe at an open field northeast of Victoria, dodging all structures and causing no injuries but kicking up dirt and debris visible for miles. Tornadoes striking the area are commonly associated with hurricanes and are otherwise rare. https://www.victoriaadvocate.com/news/2013/may/26/ew_tornado_052613_210572/

Victoria is administered by a city council of seven members. The council is composed of six council members and an elected mayor, accompanied by a hired city manager under the manager-council system of municipal governance. The council is elected under four single-member districts (numbered 1 through 4),[16] two "super districts" (numbered 5 and 6; Super District 5 overlays Districts 1 and 2 while Super District 6 overlays Districts 3 and 4);[17] the mayor is elected at-large.

Victoria also serves as the county seat of Victoria County.

Victoria's economy is a mix of education, health, retail, agriculture, and industry. Its access to major highways, the Victoria Regional Airport, railway terminals, the shallow draft Port of Victoria, and the deep water Port of Port Lavaca-Point Comfort help to sustain a healthy environment for business. Major industrial employers in the region include Formosa Plastics Corp, Inteplast Group, Dow, Invista, Caterpillar and Alcoa.

Victoria has many performing arts and theatre events and venues. Theatre Victoria offers six productions in a season that runs from July to May. Performances are held in the newly renovated Leo J. Welder Center, a fully equipped, modern performing space located downtown. The Victoria Symphony Orchestra and Victoria Ballet provide several performances each year.

For a week each June, the Victoria Bach Festival welcomes musicians from across the country[] to fill theatres, churches, and outdoor spaces with engaging musical performances.

Several museums are located in Victoria. They include the McNamara House (a social history museum), the Nave (art), the Children's Discovery Museum, and the Museum of the Coastal Bend (MCB). The MCB showcases the rich multicultural heritage of the region, and includes prominent displays of artifacts found from La Salle's colony in the late 17th century.

Presidio La Bahia and Mission Espiritu Santo are located a short 30-minute drive from Victoria. La Bahia is the best-preserved Spanish presidio in the United States, and Espiritu Santo is an excellent example of an early Spanish colonial church and mission.

Victoria's 562-acre (2.27-km2) Riverside Park is home to the Texas Zoo, which houses more than 200 species of animals and plants indigenous to Texas, exhibiting them in their natural habitats.[18] The park is also home to more than 15 baseball fields which are occupied during the spring and summer by teams from the Victoria Metro region. Also in Riverside Park on the Guadalupe River is the Victoria Paddling trail. This 4.2-mile stretch of the Guadalupe River is bordered by soft banks rather than the limestone bluffs of the Hill Country.

Boating and freshwater fishing are available at two area reservoirs, Lake Texana and Coleto Lake. Many residents also take advantage of the nearby Gulf of Mexico. Port O'Connor, 50 miles to the southeast, is renowned for bay, off-shore and wade fishing.

The UHV Jaguars compete in baseball, softball, soccer, and golf as a member of the Red River Athletic Conference in the National Association of Intercollegiate Athletics (NAIA) Division I.

The Victoria Generals compete in the Texas Collegiate League, a summer baseball league. The Generals won the 2010 TCL championship. Rosebud Fountain and Grill has been highlighted on Bob Phillips' Texas Country Reporter.

DeLeon Plaza and Bandstand, originally known as 'Plaza de la Constitucion', was one of four public squares set aside by colony founder Martin de Leon. The plaza is filled with local monuments and memorials, shade trees, a bandstand built in 1890, and information about the six flags over Texas.

The Victoria County Courthouse, located at Bridge and Constitution Streets, was built in 1892 in Romanesque architecture by James R. Gordan in the style of Henry Richardson. The structure is made of Texas granite and Indiana limestone.[]

Fossati's Delicatessen is located in downtown Victoria, it was opened in 1882 by Italian immigrant Fraschio ("Frank") Napoleon Fossati. After 125 years, Fossati's is still owned and operated by the same family.

La Sendera Restaurant is located at One O'Conner building formerly known as the Wells Fargo Building. Near Deleon Plaza, it is the highest point in the city at 382 ft. It opened in 1992 and since has been a well known place in Victoria. It offers 360 degree field of view of Victoria and an American/seafood cuisine.

The Rosebud Fountain and Grill downtown is a restoration of the diner atmosphere popular in the 1950s.[] The restaurant, located in a bright-red corner building at North Main and West Constitution Streets, has been featured in Bob Phillips' Texas Country Reporter syndicated television series.

Downtown Victoria has the second-oldest Roman Catholic Church in Texas and first to be canonically established in the Republic of Texas, St. Mary's Church.[25]

Known as the South Texas Crossroads, Victoria is located at the intersection of three major U.S. highways: 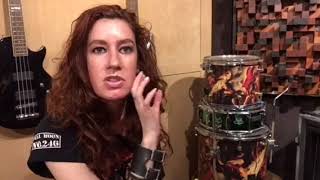 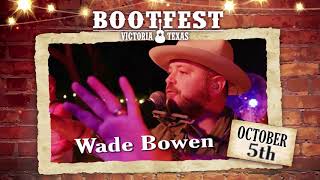 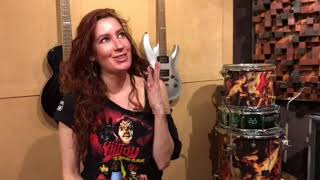 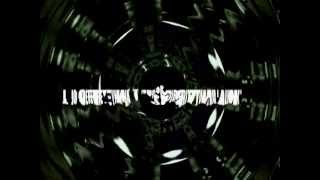 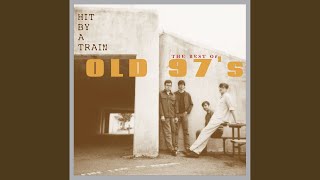 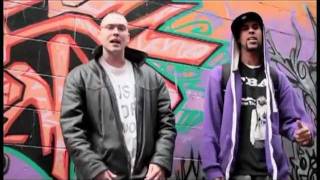 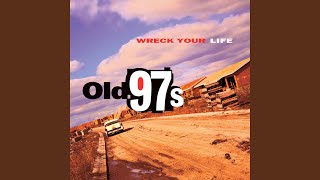 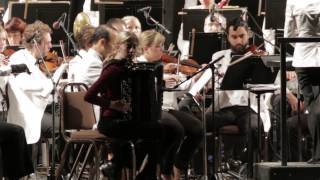 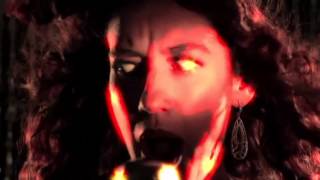 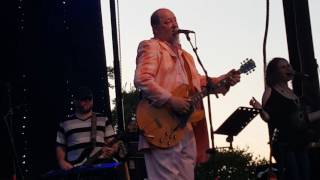 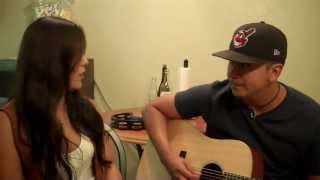 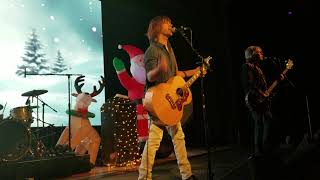 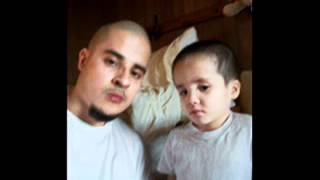 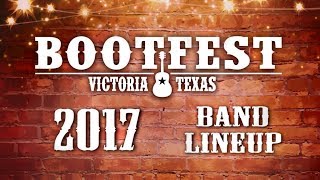 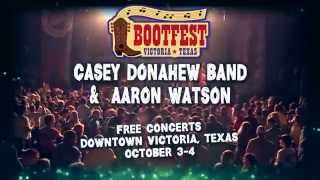 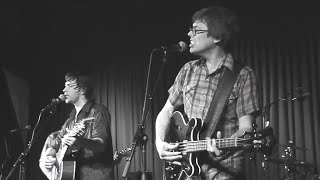 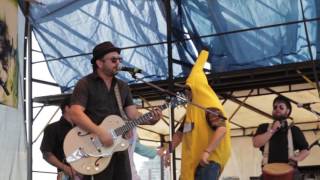