Warner Robins (typically ) is a city in the U.S. state of Georgia, located in Houston and Peach counties in the central part of the state. It is currently Georgia's tenth-largest incorporated city, with an estimated population of 75,797 in 2018.

The city is the main component of the Warner Robins Metropolitan Statistical Area, including the entirety of Houston, Peach, and Pulaski counties, which had an estimated population of 193,835 in 2018; it, in turn, is a component of a larger trade area, the Macon-Warner Robins-Fort Valley Combined Statistical Area, with an estimated 2018 population of 423,572. Robins Air Force Base, a major U.S. Air Force maintenance and logistics complex founded as Warner Robins Air Depot in 1942, is located just east of the city limits; the base's expansion and the suburbanization of nearby Macon have led to the city's rapid growth in the post-World War II era.

The 1940 census shows that the community of Wellston was sparsely populated and inhabited primarily by farmers and their families. Its most notable landmark was a stop on the railroad line. Wellston also had a small sawmill and a grocery store. Peach orchards covered parts of the surrounding land.

World War II soon changed this. The War Department made plans to build an air depot in the Southeast. With the assistance of influential U.S. Representative Carl Vinson, Wellston community leader Charles Bostic "Boss" Watson worked with officials in Macon to make a bid to locate this air depot in Houston County. In June 1941, the U.S. government accepted this offer, which included 3,108 acres (12.58 km2) of land.[7]

This air force base was initially called Wellston Army Air Depot when it opened in 1942. The first commander was Colonel Charles E. Thomas. He wanted to name this depot in honor of his mentor Augustine Warner Robins, who was called by his middle name, Warner. Regulations prevented him from doing this, which required the base to be named after the nearest town. Not deterred by this, Colonel Thomas persuaded Boss Watson and the other community leaders to rename the town of Wellston. So on September 1, 1942, the town was given the new name of Warner Robins.[8] Soon thereafter, on October 14, 1942, the base was renamed to become Warner Robins Army Air Depot. The city has a unique name, shared with no other town in the United States.

Robins Air Force Base is not within the city limits of the town but is across U.S. Highway 129 (Georgia State Highway 247), which serves as a boundary between the base and the city.

In 2018, First Solar announced a project for a 200-megawatt, 2,000-acre (8.1 km2) solar panel facility in Twiggs County east of Warner Robins. The facility would be the largest solar facility in the southeast.[9]

On July 7, 2018 Rigby's Water World, a multi-phase water park and entertainment district was opened.[10] The water park will be on the site of Rigby's Entertainment Complex located on the southern edge of town.[11]

Since 2013, most of the city is within the 147th district of the Georgia House of Representatives, currently represented by Republican member Heath Clark.

There were 19,550 households out of which 34.3% had children under the age of 18 living with them, 46.3% were married couples living together, 16.6% had a female householder with no husband present, and 33.1% were non-families. 28.1% of all households were made up of individuals and 7.5% had someone living alone who was 65 years of age or older. The average household size was 2.48 and the average family size was 3.03.

In 2009, Business Week magazine named Warner Robins the best place in Georgia to raise a family.[14] The ranking was bestowed again for 2010.[15] The Warner Robins Area Chamber was named one of the top three chambers of commerce in the U.S. for a chamber in its division in 2009 by the American Chamber of Commerce Executives Association.[] In 2012, CNN Money named Warner Robins No. 7 on its Best Places To Live list for America's best small cities.[16]

Warner Robins has a humid subtropical climate (Köppen Cfa). It experiences hot, humid summers and generally mild winters, with average high temperatures ranging from 92.0 °F (33.3 °C) in the summer to 58.0 °F (14.4 °C) high during winter. Snowfall is a moderately rare event. Warner Robins-area historical tornado activity is slightly above the state average. It is 86% greater than the overall U.S. average.[17]

Museum of Aviation at Robins Air Force Base

Warner Robins is home to the Museum of Aviation, which honors the history of military aviation. It is located next to the Air Force base. The museum contains exhibits on military memorabilia, airplanes and ground vehicles, the Tuskegee Airmen, and Operation Desert Storm. It is the second largest museum sponsored by the United States Air Force and the fourth-most visited museum in the Department of Defense.[19] It is also the largest tourist attraction outside Atlanta in the state of Georgia.

Warner Robins residents claim that in 1958, Claude Lewis, director of the Warner Robins Recreation Department, invented the game of tee-ball. The first game was played in March of that year with 20 children participating. Lewis wrote rules for the new game and sent rule books out to recreation departments all over the country.[] In 2006, a field was dedicated and named for Lewis, "the father of tee-ball", at the Warner Robins American Little League complex.[] On December 9, 2008 the Little League International Board of Directors unanimously voted for Warner Robins to become the new Southeast Region Headquarters of Little League Baseball and Softball. Games began to be played in Warner Robins in 2010.[21]

The official motto of Warner Robins is "EDIMGIAFAD", which is an acronym for "Every Day In Middle Georgia Is Armed Forces Appreciation Day". (originally: Every Day In Middle Georgia Is Air Force Appreciation Day). The coining of this phrase is attributed to Dr. Dan Callahan, a local civic leader.[24] In 2010, Dr. Callahan and a group of community leaders launched an effort to change the acronym to "EDIUSAIAFAD", as part of a movement to take the sentiment national: "Every Day in the USA is Armed Forces Appreciation Day".[25]

View of Robins Air Force Base from Warner Robins

Robins Air Force Base is one of the largest employers in the state of Georgia and directly contributes over 25,000 military, civil service, and contractor jobs to the local economy.[26] It has provided economic stability for Warner Robins that has benefited the entire Middle Georgia community.

The city of Warner Robins is working on redeveloping and renewing areas that have suffered from urban decay and/or abandonment through neglect and city growth. The city's plans include development of a centralized downtown center "for pedestrian-oriented businesses, culture and community gathering" to be re-established at Commercial Circle in order to "connect commerce and culture back to Downtown."[][27]

In May 2009 Warner Robins was listed by the Adversity Index as one of four Georgia metro areas that have had less than nine months of recession over the past fifteen years and have only recently been affected by the Global Financial Crisis of 2008-2009.[]

In June 2011, Warner Robins was listed in Wired magazine as one of 12 small cities that are driving the "Knowledge Economy".[28] Georgia was the only Southeastern state listed, and Warner Robins was one of two Georgia cities ranked (the other one being Hinesville-Ft. Stewart). The rankings featured small cities that are luring knowledge workers and entrepreneurs and which have both a relatively high median family income and a relatively high percentage of creative workers who drive the economy.

Houston County Hospital was dedicated on July 2, 1960 with 50 beds. The hospital was renamed Houston Medical Center in 1986 after renovations. The patient rooms were converted at this time from semi-private to private, with 186 beds available. The addition of a new five-story northwest tower was completed in 2009, making a total of 237 beds. Houston Medical Center is part of the Houston Healthcare system, which serves over 300,000 people annually.[29]

High school football has long been a storied and celebrated pastime in Warner Robins, with the city laying claim to state championships, national championships, college stars, and NFL players.

The annual Northside vs. Warner Robins game draws an estimated 21,000 fans and was named the #3 rivalry in the country by USA Today in 2006.[] The Warner Robins Little Theatre was established in 1962 as a non-profit community theatre. This organization now owns their theatre playhouse debt-free. The theatre continues to thrive. Five main shows are produced every year. Occasionally workshops and other special events are held for the Middle Georgia community.[30]

Warner Robins is part of the Macon DMA, which is the nation's 120th largest television market. See the box below for local television stations:

Warner Robins is part of the Macon Arbitron Metro which is the nation's 130th largest radio market with a person 12+ population of 372,400. See the box below for the local radio stations:

Branch campuses of colleges and universities

The library is the Nola Brantley Memorial Library.

On the morning of April 1, 2016, an EF-1 tornado with winds over 90 mph hit the city. The damage included trees down, and trees landing inside homes. A viral video from Robins Air Force Base, which was hit by the tornado with moderate damage, showed the winds of the tornado with the siren going off in the background. The storm started in Taylor and Crawford County, which confirmed it as an EF-0 tornado that hit both counties. The system moved towards Houston County. No injuries or fatalities were reported.[37] 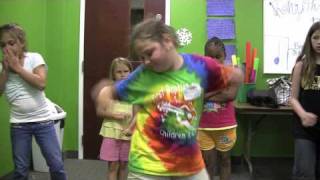 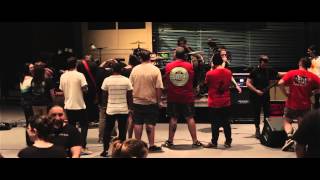 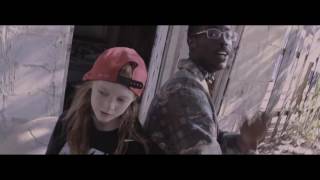 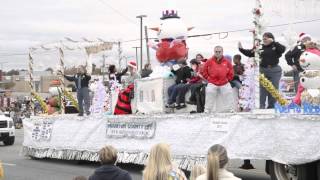 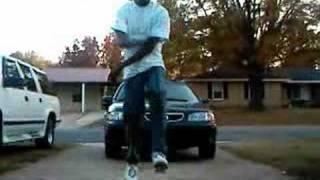 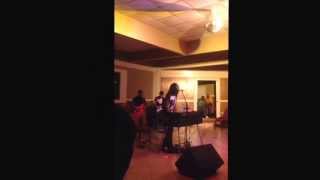 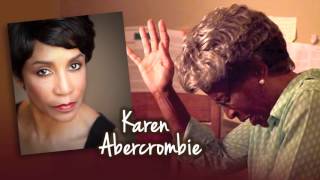 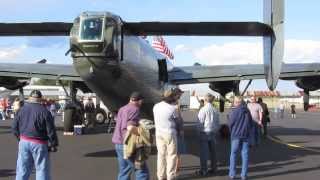 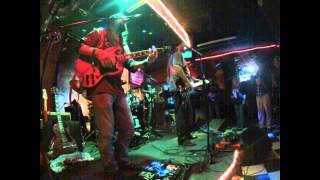 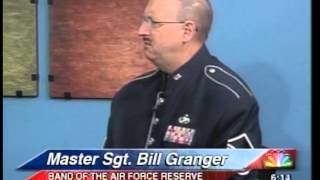 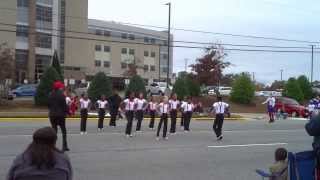 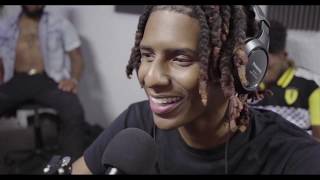 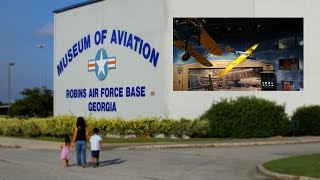 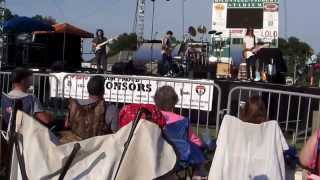 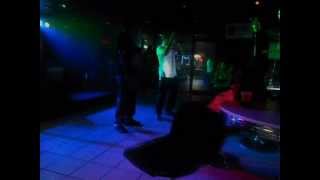 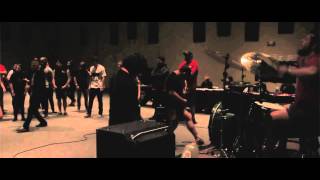 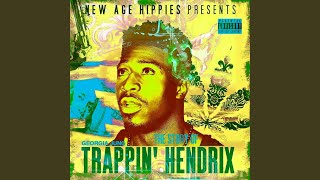 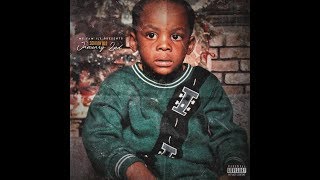 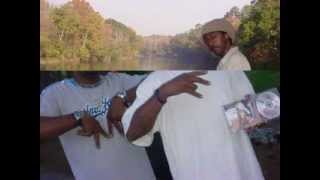