One Post Office Square, a multiple-use facility, in downtown Waterville

Waterville is a city in Kennebec County, Maine, United States, on the west bank of the Kennebec River. The city is home to Colby College and Thomas College. As of the 2010 census the population was 15,722,[4] and in 2019 the estimated population was 16,558.[5] Along with Augusta, Waterville is one of the principal cities of the Augusta-Waterville, ME Micropolitan Statistical Area.

The area now known as Waterville was once inhabited by the Canibas tribe of the Abenaki people. Called "Taconnet" after Chief Taconnet, the main village was located on the east bank of the Kennebec River at its confluence with the Sebasticook River at what is now Winslow. Known as "Ticonic" by English settlers, it was burned in 1692 during King William's War, after which the Canibas tribe abandoned the area. Fort Halifax was built by General John Winslow in 1754, and the last skirmish with indigenous peoples occurred on May 18, 1757.[6]

The township would be organized as Kingfield Plantation, then incorporated as Winslow in 1771. When residents on the west side of the Kennebec found themselves unable to cross the river to attend town meetings, Waterville was founded from the western parts of Winslow and incorporated on June 23, 1802. In 1824 a bridge was built joining the communities. Early industries included fishing, lumbering, agriculture and ship building, with larger boats launched in spring during freshets. By the early 1900s, there were five shipyards in the community.[7]

Ticonic Falls blocked navigation farther upriver, so Waterville developed as the terminus for trade and shipping. The Kennebec River and Messalonskee Stream provided water power for mills, including several sawmills, a gristmill, a sash and blind factory, a furniture factory, and a shovel handle factory. There was also a carriage and sleigh factory, boot shop, brickyard, and tannery. On September 27, 1849, the Androscoggin and Kennebec Railroad opened to Waterville. It would become part of the Maine Central Railroad, which in 1870 established locomotive and car repair shops in the thriving mill town. West Waterville (renamed Oakland) was set off as a town in 1873. Waterville was incorporated as a city on January 12, 1888.[8]

The Ticonic Water Power & Manufacturing Company was formed in 1866 and soon built a dam across the Kennebec. After a change of ownership in 1873, the company began construction on what would become the Lockwood Manufacturing Company, a cotton textile plant. A second mill was added, and by 1900 the firm dominated the riverfront and employed 1,300 workers. Lockwood Mills survived until the mid-1950s. The iron Waterville-Winslow Footbridge opened in 1901, as a means for Waterville residents to commute to Winslow for work in the Hollingsworth & Whitney Co. and Wyandotte Worsted Co. mills, but in less than a year was carried away by the highest river level since 1832. Rebuilt in 1903, it would be called the Two Cent Bridge because of its toll.[9] In 1902, the Beaux-Arts style City Hall and Opera House designed by George Gilman Adams was dedicated. In 2002, the C.F. Hathaway Company, one of the last remaining factories in the United States producing high-end dress shirts, was purchased by Warren Buffett's Berkshire Hathaway company and was closed after over 160 years of operation in the city.[9]

Waterville also developed as an educational center. In 1813, the Maine Literary and Theological Institution was established. It would be renamed Waterville College in 1821, then Colby College in 1867. Thomas College was established in 1894. The Latin School was founded in 1820 to prepare students to attend Colby and other colleges, and was subsequently named Waterville Academy, Waterville Classical Institute, and Coburn Classical Institute; the Institute merged with the Oak Grove School in Vassalboro in 1970, and remained open until 1989. The first public high school was built in 1877, while the current Waterville Senior High School was built in 1961.[6]

Waterville is served by Interstate 95, U.S. Route 201, and Maine State Routes 137 and 104. It is bordered by Fairfield on the north in Somerset County, Winslow on the east, Sidney on the south and Oakland on the west.

This climatic region is typified by large seasonal temperature differences, with warm to hot (and often humid) summers and cold (sometimes severely cold) winters. According to the Köppen Climate Classification system, Waterville has a humid continental climate, abbreviated "Dfb" on climate maps.[12]

Silver and Elm streets (1910), showing the Universalist Church, which was established in 1832

Like many other towns in Maine and in the United States, Waterville has seen development in the suburbs and the decline of the downtown area.[17] There have been new businesses and new facilities built by Inland Hospital on Kennedy Memorial Drive. Walmart, Home Depot, and a small strip mall of other stores have been built in the northern part of the city as part of an open-air shopping center. Because of this growth, the existing and now-neighboring Elm Plaza shopping center has recently had its exterior renovated and filled most or all of its previous vacancies.

In contrast, the downtown area has had its share of hardships due to chain store growth in the city. Stores that had a long history in the downtown area have closed in recent decades, including Levine's, Butlers, Sterns, Dunhams, Alvina and Delias, and LaVerdieres. The large vacancy in The Concourse shopping center that once housed the Ames, Zayre department store, as well as Brooks Pharmacy is struggling to find tenants; as is the now vacant Main Street location of a CVS pharmacy (it moved to a brand new building on Kennedy Memorial Drive).[18] Organizations like Waterville Main St continue their efforts to revitalize downtown.

Developer Paul Boghossian has converted the old Hathaway Mill to retail, office, and residential use.[19] MaineGeneral Health agreed at the end of June 2007 to become the first tenant.[20]

Waterville has a mayor and council-manager form of government, led by a mayor and a seven-member city council. The city council is the governing board, and the city manager is the chief administrative officer of the city, responsible for the management of all city affairs.

Waterville adopted a city charter in the 1970s.[22] For some 40 years, the city had a "strong mayor" system in which the mayor enjoyed broad executive powers, including the power to veto measures passed by the city council and to line-item veto budget items passed by the council.[23] In 2005, the charter was substantially revised, changing the city government to a "weak mayor" council-manager system.[23][24] Under the present system, the city manager is the chief executive.[23] The charter revision was approved by city voters by a 4-1 margin.[23] The city is currently divided into seven geographic wards, each of which elects one member of the Waterville City Council and one member of the Waterville School Board.[22]

In 2018, Isgro faced a recall election after he made a Twitter post mocking David Hogg, a survivor of the Stoneman Douglas High School shooting in Parkland, Florida. The recall effort was backed by former Mayor Karen Heck, a Democrat who had previously endorsed Isgro. Isgro later made his Twitter feed private and said that he had deleted the post.[26][27] During the recall effort, Isgro asserted that outside interests and the City Council were plotting to oust him over disputes over the city budget and taxation.[28][29] After an acrimonious recall campaign,[30][31] Waterville voters narrowly defeated the recall attempt, with 1,563 "no" votes (51%) to 1,472 "yes" votes (49%).[32]

Waterville is considered a Democratic stronghold in Maine's 1st congressional district.[33][34]Barack Obama received 70% of Waterville's votes in the 2008 presidential election.[35]

Waterville Public Schools provides the city primary and secondary education. It was a part of Kennebec Valley Consolidated Schools (AOS92) from 2009 to 2018.[39]

Kennebec Valley Community College in Fairfield is the local public community college. Colby College and Thomas College are private 4-year colleges located in the city. Colby is the second highest ranked liberal arts college in Maine, according to U.S. News.[40]

Waterville is the set location of Camp Firewood in the Netflix show Wet Hot American Summer: First Day of Camp.

Waterville is home to one daily newspaper, the Morning Sentinel and a weekly college newspaper, The Colby Echo.[41] The city is also home to Fox affiliate WPFO and Daystar rebroadcaster WFYW-LP, both serving the Portland market, and to several radio stations, including Colby's WMHB, country WEBB, adult standards WTVL and MPBN on 91.3 FM. 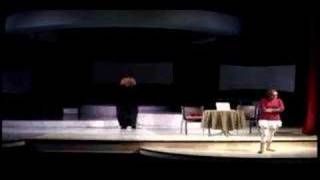 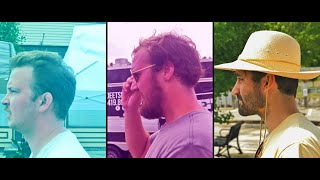 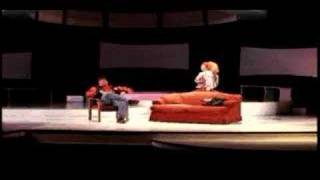 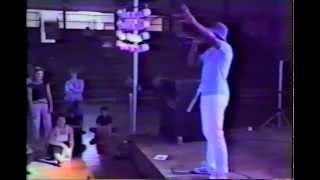 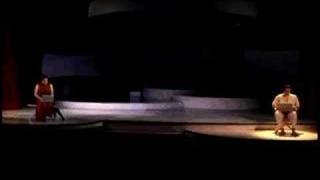 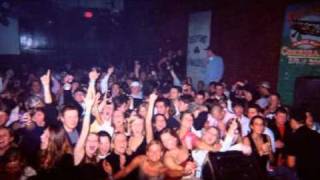 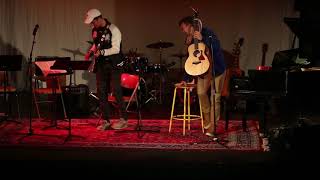 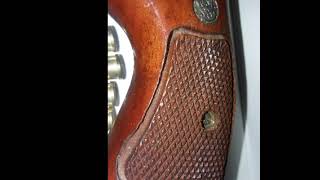 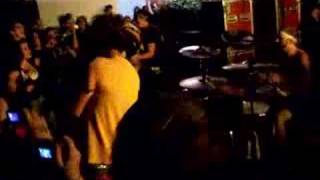 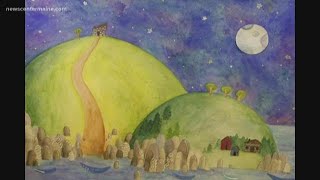 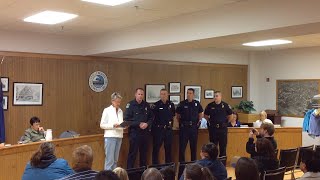 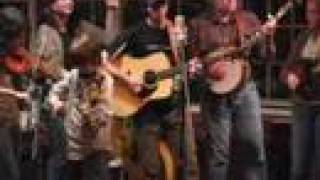 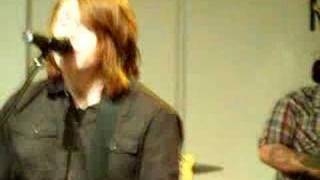 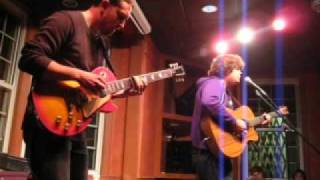 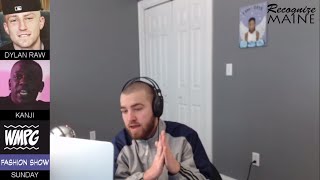 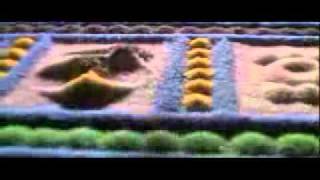 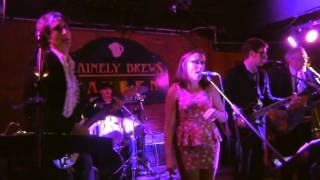 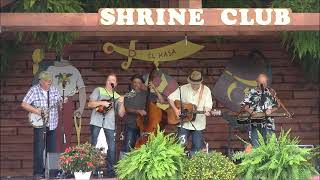 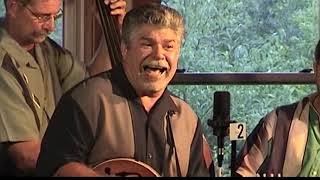