Waukegan is the largest city in and the county seat of Lake County, Illinois, United States. Situated approximately 35 miles (56 km) north of Downtown Chicago and 23 miles (37 km) northeast of O'Hare International Airport, it is an industrial suburb of Chicago and a principal city within the Chicago metropolitan area. As of the 2010 census, the population of Waukegan was 89,078 (estimated to have declined to 86,075 in 2019),[7][8] making it the ninth most populous city in Illinois. Waukegan is a predominantly working-class community, with a sizeable middle-class population.

The site of present-day Waukegan was recorded as Rivière du Vieux Fort ("Old Fort River") and Wakaygagh on a 1778 map by Thomas Hutchins. By the 1820s, the French name had become "Small Fort River" in English, and the settlement was known as "Little Fort". The name "Waukegance" and then "Waukegan" (meaning "little fort"; cf. Potawatomi wakaigin "fort" or "fortress") was created by John H. Kinzie and Solomon Juneau, and the new name was adopted on March 31, 1849.[9][10]

Waukegan had an abolitionist community dating to these early days. In 1853, residents commemorated the anniversary of emancipation of slaves in the British Empire with a meeting.[11] Waukegan arguably has the distinction of being the only place where Abraham Lincoln failed to finish a speech; when he campaigned in the town in 1860, a fire alarm rang, and the man soon-to-be president had his words interrupted.[12]

During the middle of the 19th century, Waukegan was becoming an important industrial hub. Industries included: ship and wagon building, flour milling, sheep raising, pork packing, and dairying. William Besley's Waukegan Brewing Company was one of the most successful of these businesses, being able to sell beyond America.[13] The construction of the Chicago and Milwaukee Railway through Waukegan by 1855 stimulated the growth and rapid transformation and development of the city's industry, so much that nearly one thousand ships were visiting Waukegan harbor every year.[13] During the 1860s, a substantial German population began to grow inside the city[13]

Waukegan's development began in many ways with the arrival of industries such as United States Sugar Refinery, which opened in 1890,[14] Washburn & Moen, a barbed-wire manufacturer that prompted both labor migration and land speculation beginning in 1891,[15] U.S. Starch Works, and Thomas Brass and Iron Works. Immigrants followed, mostly hailing from southeastern Europe and Scandinavia, with especially large groups from Sweden, Finland, and Lithuania.[16][17] The town also became home to a considerable Armenian population.[18] One member of this community, Monoog Curezhin, even became embroiled in an aborted plot to assassinate Sultan Abdul Hamid II, reviled for his involvement in massacres of Armenians in the Ottoman Empire. Curezhin lost two fingers on his right hand while testing explosives for this purpose in Waukegan in 1904.[19] By the 1920s and 1930s, African-Americans began to migrate to the city, mostly from the south.[20] The town was no stranger to racial strife. In June 1920, an African-American boy allegedly hit the car of an off-duty sailor from nearby Great Lakes Naval Base with a rock, and hundreds of white sailors gathered at Sherman House, a hotel reserved for African-Americans. Although newspaper reports and rumors suggested that the officer's wife was hit with glass from the broken windshield, subsequent reports revealed that the officer was not married.[21] The sailors cried "lynch 'em," but were successfully kept back by the intervention of the police.[22] Marines and sailors renewed their attack on the hotel several days later. The Sherman's residents fled for their lives as the military members carried torches, gasoline, and the American flag.[23] The Waukegan police once again turned them away, but not before firing and wounding two members of the crowd.[24] The police were not always so willing to protect Waukegan's citizens. The chief of police and the state's attorney in the 1920s, for example, were avowed members of the Ku Klux Klan, facts that came to light when a wrongfully convicted African-American war veteran was released from prison on appeal after 25 years.[25][26] Labor unrest also occurred regularly. In 1919, a strike at the US Steel and Wire Company - which had acquired Washburn & Moen - led to a call for intervention from the state militia.[27][28]

Noted organized crime boss Johnny Torrio served time in Waukegan's Lake County jail in 1925. He installed bulletproof covers on the windows of his cell at his own expense for fear of assassination attempts.[29]

The city has retained a distinct industrial character in contrast to many of the residential suburbs along Chicago's North Shore.[17] The financial disparity created by the disappearance of manufacturing from the city in part contributed to the Waukegan Riot of 1966. Central to this event and the remainder of Waukegan's 20th century history was Robert Sabonjian, who served as mayor for 24 years, and earned the nickname the "Mayor Daley of Waukegan" for his personal and sometimes controversial style of politics.[30]

Waukegan is located within the humid continental climate zone (Köppen: Dfa) with warm to hot (and often humid) summers, and cold and snowy winters. The record high temperature is 108 °F (42 °C), which was set in July 1934, while the record low is -27 °F (-33 °C), set in January 1985.[32] Waukegan's proximity to Lake Michigan helps cool the city throughout the year.

Waukegan contains three Superfund sites of hazardous substances that are on the National Priorities List.

In 1975, PCBs were discovered in Waukegan Harbor sediments. Investigation revealed that during manufacturing activities at Outboard Marine Corporation (OMC), hydraulic fluids containing PCBs had been discharged through floor drains at the OMC plant, directly to Waukegan Harbor and into ditches discharging into Lake Michigan.[34] The OMC plants were subsequently added to the National Priorities List, and was designated as one of 43 Great Lakes Areas of Concern. Cleanup of the site began in 1990, with OMC providing $20-25 million in funding. During the OMC cleanup, additional soil contaminants were found at the location of the former Waukegan Manufactured Gas and Coke company. Soil removal was completed at the Coke site in 2005, and cleanup of that soil will continue for several years.

The Johns Manville site is located one mile (1.6 km) north[35] of the OMC site. In 1988, asbestos contamination found in groundwater and air prompted listing on the National Priorities List and subsequent cleanup. In 1991, the soil cover of the asbestos was completed. However, additional asbestos contamination was found outside the Johns-Manville property which will require further cleanup.[36][37]

The Yeoman Creek Landfill[38] is a Superfund site located 1.5 miles (2.4 km) west of the Johns Manville site. The site operated as a landfill from 1959 to 1969. In 1970, it was discovered that the lack of a bottom liner in the landfill had allowed leachate to enter groundwater, contaminating the water with volatile organic compounds and PCBs, and releasing gases that presented an explosion hazard. All major cleanup construction activities were completed in 2005, and monitoring of local water and air continues.[39]

The book Lake Effect by Nancy Nichols gives an account of the effects of PCBs on Waukegan residents. Johns Manville is a site that was cited due to its high concentration of PCBs and Asbestos.

Of the 54.4% of the population that identify as religious, the most populous group is Catholic, at 31.0%. Additional percentages are 3.2% Lutheran, 1.9% Baptist, 1.6% Presbyterian, 1.5% Methodist, and approximately 11% other Christian denominations. Other faiths include 2.7% Jewish, and 1.4% Islamic.

According to Waukegan's 2018 Comprehensive Annual Financial Report,[43] the top employers in the city were:

The city has plans for redevelopment of the lakefront.[44] The lakefront and harbor plan calls for most industrial activity to be removed, except for the Midwest Generation power plant and North Shore wastewater treatment facilities. The existing industry would be replaced by residential and recreational space. The city also set up several tax increment financing zones which have been successful in attracting new developers. The first step in the revitalization effort, the opening of the Genesee Theatre, has been completed, many new restaurants have opened, buildings have been renovated, and the City of Waukegan has made substantial investments in the pedestrian areas and other infrastructure.

The city had an annual "Scoop the Loop" summer festival of cruising since 1998, which since 2010 became a monthly event during the summer. The current incarnation is known as "Scoop Unplugged".[45] ArtWauk is a popular event in Waukegan, Illinois.

Waukegan is the hometown of comedian Jack Benny (1894-1974), one of the 20th century's most notable and enduring entertainers, but although he claimed for decades on his radio and television shows to have been born there, he was actually born at Mercy Hospital in Chicago. Benny's affection for the town in which he grew up can clearly be felt by this exchange with his co-star (and wife) Mary Livingstone during a conversation they had on The Jack Benny Program on Mother's Day of 1950 while they were discussing the itinerary for his summer tour that year:

Mary Livingstone: Aren't you going to bring your show to Waukegan?
Jack Benny: Mary, I was born in Waukegan -- how can you follow that?!.

On a 1959 episode of the television game show What's My Line?, Benny quipped to host John Charles Daly

They say that I put Waukegan on the map. But it's not true. Waukegan really put me on the map. That's a fact.[47]

Nevertheless, Benny did put Waukegan on the map for millions of his listeners (and later viewers) over the years, and the community was proud of his success. A Waukegan middle school is named in his honor (which he said was the greatest thrill he had ever experienced[48]), and a statue of him, dedicated in 2002, stands in the downtown facing the Genesee Theater, which hosted the world premiere of his film Man about Town in 1939, with Jack, Mary, Dorothy Lamour, Phil Harris, Andy Devine, Don Wilson and Rochester (Eddie Anderson) appearing onstage.

Jack Benny's family lived in several buildings in Waukegan during the time he was growing up there, but the house at 518 Clayton Street is the only one of them that still stands. It was designated a landmark by the city on April 17, 2006.[49]

The science-fiction author and novelist Ray Bradbury (1920-2012), was born in Waukegan, and though he moved with his family to the West Coast while still a child, many of his stories explicitly build on Waukegan (often called Green Town in his stories, such as Dandelion Wine) and his formative years there.[50][51] Ray Bradbury Park, located at 99 N. Park Ave. in Waukegan, is named after him.

Pro Football Hall of Fame quarterback Otto Graham (1921-2003) was born and raised in Waukegan and attended nearby Northwestern University on a basketball scholarship, though football soon became his main sport. Graham played quarterback for the Cleveland Browns in the All-America Football Conference (AAFC) and National Football League (NFL), taking his team to league championships every year between 1946 and 1955, winning seven of them. While most of Graham's statistical records have been surpassed in the modern era, he still holds the NFL record for career average yards gained per pass attempt, with 8.98. He also holds the record for the highest career winning percentage for an NFL starting quarterback, at 0.814. Graham is one of only two people (the other being Gene Conley) to win championships in two of the four major North American sports--1946 NBL (became NBA) and AAFC championship, plus three more AAFC and three NFL championships.

Immanuel Lutheran School is a Pre-K-8 grade school of the Wisconsin Evangelical Lutheran Synod in Waukegan.[53][54] Waukegan has a port district which operates the city harbor and regional airport.

The Waukegan Fire Department provides fire protection and paramedic services for city. There are five fire stations. Firefighters, lieutenants, and captains are represented by the International Association of Fire Fighters.

Waukegan has one sister city:[60]

Although there is no official sister city relationship, Waukegan is home to approximately 6,000 people from Tonatico, Mexico, according to a February 2017 article in the Washington Post. This has created ongoing ties between the two cities.[61] 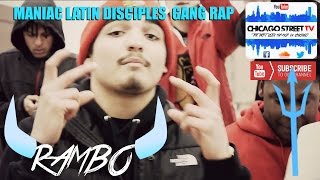 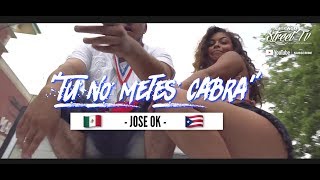 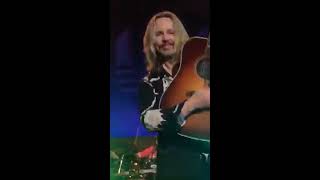 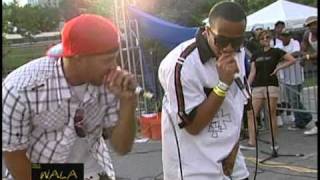 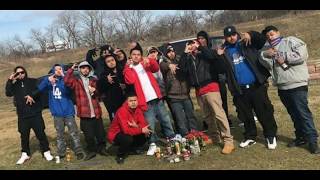 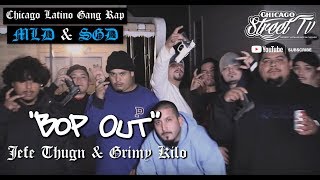 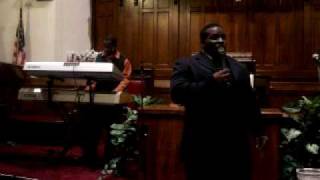 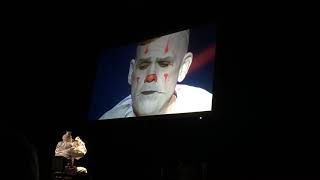 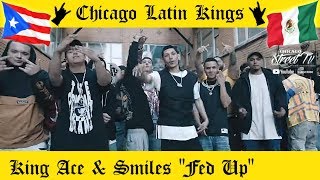 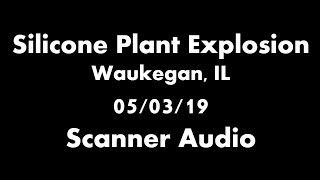 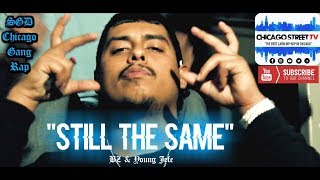 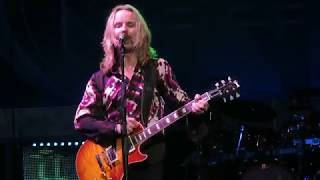 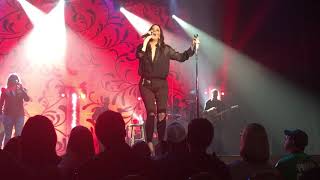 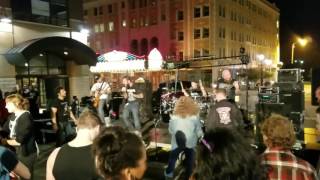 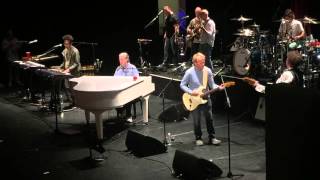 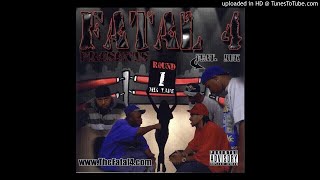 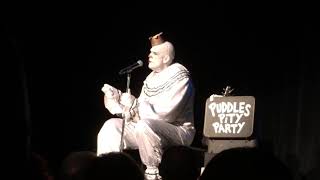 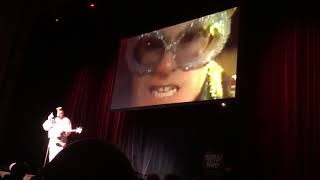 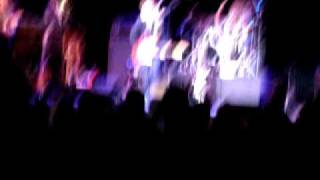 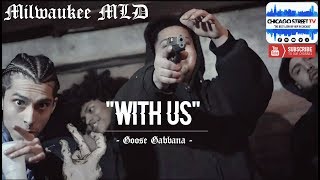