Waynesboro (formerly Flack[5]), is an independent city in the Commonwealth of Virginia. As of the 2010 census, the population was 21,006.[6]

The city is surrounded by Augusta County and is named for General Anthony Wayne. Waynesboro is located in the Shenandoah Valley, near many important historical markers of the Civil War and Shenandoah National Park. A portion of Interstate 64 falls within the city limits of Waynesboro, and the Blue Ridge Parkway, Skyline Drive, and the Appalachian Trail are less than 5 miles (8.0 km) away. Norfolk Southern Railway trackage runs through the east side of the city. The South River, a tributary of the Shenandoah River, flows through the city.

A large former DuPont plant and the associated Benger Laboratory where spandex was invented (under the brand name Lycra), as well as a large textile mill called Wayn-Tex (now owned by Mohawk Industries), were significant employers for residents through much of the 20th century. The DuPont plant was later sold to Koch Industries as part of the subsidiary company Invista. In January of 2019, the plant was again sold to Chinese luxury apparel firm Shandong Ruyi Group and rebranded as The Lycra Company. A General Electric site on the northeast side, which made relays and later computer printers, was also a substantial employer. Waynesboro was home to the corporate headquarters of nTelos (a regional wireless and telecommunications company serving Virginia, West Virginia, North Carolina, Tennessee, Kentucky, and Ohio) before that company's merger with Shentel. Tourism, industrial production, and retail remain vital to the Waynesboro economy. The Generals of the Valley Baseball League play there.

Waynesboro is a principal city of the Staunton-Waynesboro Metropolitan Statistical Area, which includes all of Augusta County and the independent cities of Staunton and Waynesboro.

Map of Waynesboro as it appeared in 1891

Located in the British Colony of Virginia, even after the American Revolution and independence and statehood for the Commonwealth of Virginia, the areas west of the Appalachian and Blue Ridge Mountains were known as the frontier. Travel by wagon over the mountains was considered to be nearly impossible except where nature afforded some gap between them. Until after the Civil War, Jarmans Gap, only some six miles northeast of Waynesboro, was the major crossing of the Blue Ridge Mountains in that area, making Waynesboro a convenient location for a stop for many who sought to travel west.

In the mid 18th century, the present day Waynesboro area was commonly referred to as Teasville (or Teesville). Shortly after U.S. Army General Anthony Wayne's significant victory at Battle of Fallen Timbers in 1794 during the Northwest Indian War, the area began to be called Waynesborough. Many settlers to the area at the time originated from Pennsylvania. General Wayne's well-known popularity with Pennsylvanians is suspected to have helped contribute to this naming.

As early as 1798, the current downtown area was plotted and sold. On January 8, 1801, the town Waynesborough was officially recognized by the state of Virginia, and was incorporated by 1834.

Some of the remaining buildings from this period of its history include the Plumb House (now a museum open for tours seasonally) and the Coiner-Quesenbury House, built in 1806, believed to be the first brick house built in the town, which is still standing on Main Street.

Population growth to the town was slow at first. In 1810, the town had a population of 250, and by 1860 that number had grown to 457. The town maintained a steady stream of visitors primarily due to its position on Three Notch'd Road, which connected Staunton to the west with Charlottesville and Richmond to the east. This road crossed the Blue Ridge Mountains through Jarman's Gap. Additionally, a railroad tunnel was constructed through Rockfish Gap a short time before the Civil War began. This was to establish Rockfish Gap as the major crossing through the mountains between Waynesboro and Charlottesville.

On March 2, 1865, Waynesboro was the site of the last battle of the Civil War for the Confederate Lt. General Jubal A. Early. The Battle of Waynesboro lasted twenty minutes, and was a final blow for the Confederate Army in the Shenandoah Valley. Sometime after, General Early relinquished the town and the valley to General Philip Sheridan. Many of the buildings from this period still show damages from the battle. During and after the war, casualties from the nearby Valley Campaign and other battles were buried in Ridgeview Cemetery where the Waynesboro Confederate Monument lists and commemorates their names and states.

After the war, the Waynesboro area became the junction of two railroad lines. The Chesapeake and Ohio Railway (running east to west) and the Shenandoah Valley Railroad, which soon became the Norfolk and Western Railway (running north to south). The lines met near Waynesboro, giving the town the nickname of the "Iron Cross".

In 1890, land to the east of Waynesboro, mostly on the east side of South River, was plotted and sold. Within that year, the Town of Basic City was incorporated. A rivalry soon developed between the two towns with each attempting to outdo the other in regards to their development. An important difference between the two was that, unlike Basic City, Waynesboro had implemented restrictive laws banning the sale of alcohol.

Waynesboro and Basic City voted for and approved of consolidation into a single town to be called Waynesboro-Basic in 1923.

Since 1924, Waynesboro has made numerous territorial acquisitions from areas of Augusta County through annexation and officially became an independent city in 1948. In 2005, Waynesboro established a new charter, repealing one in place since 1948.

Swannanoa was listed on the National Register of Historic Places in 1969.[7]

Waynesboro is the home of Fishburne Military School, an all-male military boarding school for grades 8-12. It sits on a hill overlooking the downtown area. Fairfax Hall, established in the 1890s as Brandon Hotel, became a boarding woman's college and then girls boarding high school until closing in mid 1970s. It is currently a retirement home.

The Waynesboro City Public Schools system serves the area. The high school for the area is Waynesboro High School. The main highway through Waynesboro is Interstate 64, which runs east to west across much of Virginia. It also has a junction with Interstate 81 just to the west of Waynesboro, the main north-south highway across western Virginia. Additional highways serving Waynesboro include U.S. Route 250, U.S. Route 340 and Virginia State Route 254.

The City is served by two freight rail lines, owned by Norfolk Southern and CSX. The intersection of the two lines is known as "The Iron Cross," a historically significant symbol of the City's economic growth.

Two movies have filmed scenes in Waynesboro: Toy Soldiers (1991)[13] and Evan Almighty (2007).[14] The city has been mentioned several times on television series The Waltons.

Like the rest of the Shenandoah Valley, Waynesboro is a traditionally Republican stronghold. Despite improved Democratic performance over time, Waynesboro has remained Republican even since the 2008 presidential election, which marked the beginning of a string of Democratic presidential victories in other Valley independent cities such as Harrisonburg, Staunton, and Winchester. 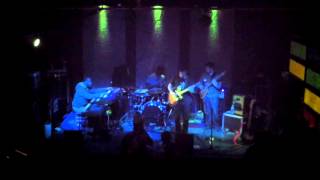 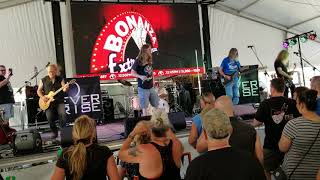 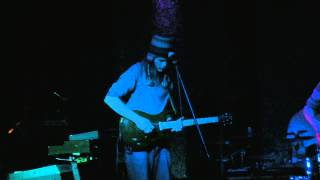 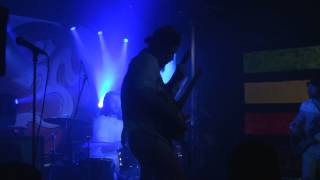 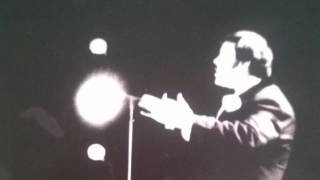 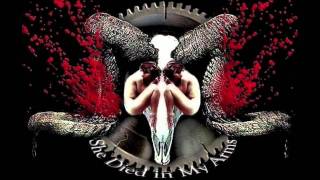 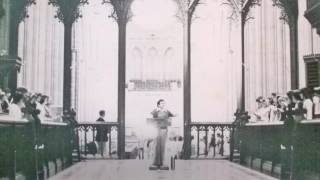 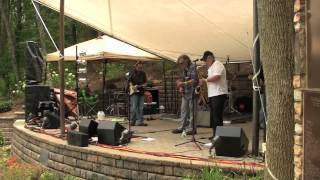 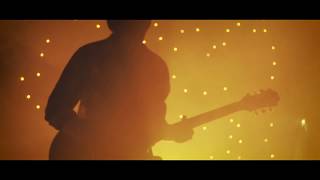 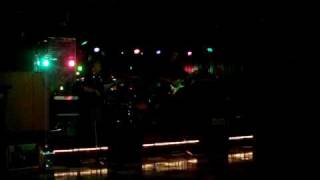 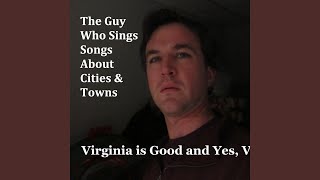 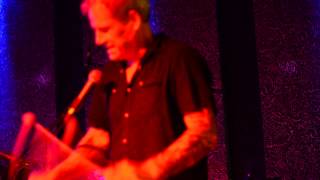 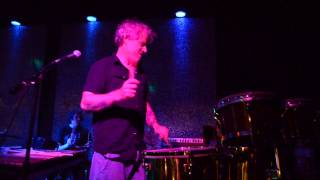 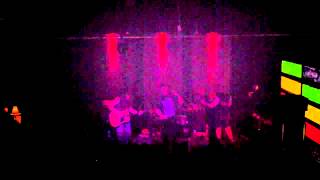 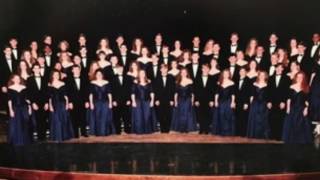 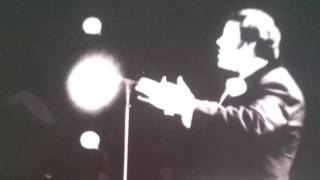 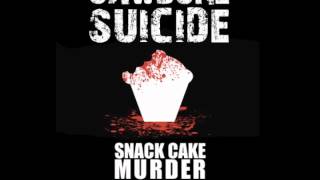 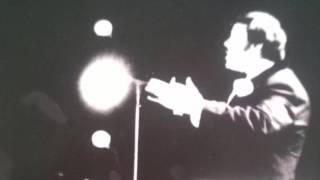