West Sacramento (also known as West Sac) is a city in Yolo County, California. The city is separated from Sacramento by the Sacramento River which also separates Sacramento and Yolo counties. It is a fast-growing community; the population was 48,744 at the 2010 census, up from 31,615 at the 2000 census. The traditional industrial center of the region since the Gold Rush era, West Sacramento is home to a diverse economy and is one of the area's top four employment centers.

The United States Conference of Mayors named West Sacramento as the Most Livable City in America in 2014 in the category of cities with fewer than 100,000 residents.[9]

West Sacramento is part of the Sacramento-Arden Arcade-Roseville Metropolitan Statistical Area which has a population (2000) of approximately 1,796,857 (July 1, 2016 estimate placed the population at 2,296,418).[10] Major industries to the region include agriculture, government, and transportation.

In 1844, John Schwartz, a Flemish traveler, was the first Euro-American to permanently settle in the area of West Sacramento, which at that time was part of Mexico. He built a shack on the west bank of the Sacramento River six miles (10 km) south of its connection with the American River. John, with the help of his brother George, founded a salmon fishery along the river. In addition to the fishery, they also found the soil to be fertile and began farming and raising livestock. The announcement of the discovery of gold at Sutter's Mill in 1848 brought a multitude of miners to the region. This also coincided with the end of the Mexican-American War.

In 1846, a man named James McDowell bought 600 acres (240 ha) from John Schwartz. With his wife, Margaret, and their three daughters, McDowell settled in the area we know today as Broderick. The McDowell family experienced first-hand the violence that the gold rush era brought with it. In May 1849, James McDowell was shot and killed in a barroom argument that he had supposedly started. With the loss of the sole supporter of the McDowell family, Margaret needed to find a way to provide for her family.

In October 1849, Margaret hired a land surveyor to map out 160 acres (65 ha), which was then divided into forty one blocks. She sold individual lots within this platted area which she named the "Town of Washington". The first lot was sold to August W. Kaye for $500. During its first ten years, the rural Town of Washington went through a significant increase in business development and shipping activity. One of the first businesses to be established in the town was the California Steam Navigation Company, which was attracted to the area in 1859 by how close the Sacramento River is to it. Other businesses in early Washington included hotels, saloons, and restaurants catering to the needs of people passing through. Many of the travelers making the treacherous journey through the marshlands on their way to Sacramento were appreciative of the rest stop at the Town of Washington.

While Sacramento began to urbanize on the other side of the river, early West Sacramento found its hand at agricultural development. Salmon, sturgeon, catfish, eel, crayfish, and clams proved to be lucrative in this region as fisherman soon found. The river settlement was flourishing, stocking fish markets not only in Sacramento, but in San Francisco as well. In addition, the rich soil of the valley produced abundant crops of com, melons, cucumbers, and sweet potatoes. The dairy industry also established roots in West Sacramento around this time.

One of the area's most well known dairy farmers was Mike Bryte. Bryte came to California in 1849 to try his hand at gold mining. He didn't make a fortune in gold, but was able to purchase a dairy farm with his findings. When the California Steam Navigation Company came to Washington, Bryte used the steamships to carry his dairy products to various markets within the region. Profits from this allowed Bryte to expand his holdings. Bryte was able to own several thousand acres of land in the area to farm on, as well as raise his many livestock on. Mike Bryte's influence in the community was marked by his election to the Yolo County Board of Supervisors and later as sheriff. During the 20th century, Mike Bryte's property was divided and became known as the community of Bryte.[11]

In time, the region began to develop. The Town of Washington was renamed Broderick in honor of U. S. Senator David C. Broderick. After 1900, the three communities known as Bryte, Broderick, and West Sacramento were cumulatively known as "East Yolo".[12]

These communities officially incorporated as the City of West Sacramento in 1987. Port of West Sacramento, located in the city.

In June 1963, the Port of Sacramento was opened to deep sea traffic with the completion of the Sacramento Deep Water Ship Channel. The project had been authorized by Congress in 1946 and construction commenced in 1949 on the west side of the river. It has since been renamed The Port of West Sacramento. The Port's main imports include cement and exports include rice.[13] Southport, which comprises about half of the city's land area, originally consisted of rural homesteads and small neighborhoods in Arlington Oaks and Linden, but now has a considerable population that resulted from housing booms in the early 1990s and the early 2000s, adding new neighborhoods in Bridgeway, Gateway, River Ranch, and Newport. According to the Köppen Climate Classification system, West Sacramento has a warm-summer Mediterranean climate, abbreviated "Csa" on climate maps.[15]

In March 2006, IKEA opened a store in West Sacramento near Reed Avenue and Interstate 80 in the Riverpoint Shopping Center. On November 15, 2007 a Home Depot opened in the Riverpoint Shopping Center, next to IKEA. Target opened a new store at the Southport Shopping Center directly across from Nugget Market, an upscale grocery store headquartered in Woodland, California. A Lowe's Home Improvement Center just west of Target, behind Arlington Oaks was completed in February 2008. West Sacramento's premiere businesses include Tony's Fine Foods/UNFI, UPS, Hunter Douglas, Beckman Coulter, FedEX, Holtman of California and Bayer Crop Sciences.[16]

West Sacramento is home to Sacramento-area CBS television station KOVR and The CW station KMAX-TV. Both stations, owned and operated by CBS, are housed on KOVR Drive.

Raley Field was the former name of the Sacramento River Cats' park.

Sutter Health Park, formerly known as Raley Field, in West Sacramento is the home of Sacramento River Cats. It was the home of the former Sacramento Mountain Lions in the defunct United Football League.

West Sacramento is also the home city for the Sacramento Gold team of the National Premier Soccer League.[17]

West Sacramento is the home of the California Highway Patrol Academy,[18] and the CHP Museum is housed on the same grounds.[19][20]

In 2007-2008 there were efforts to move the California Highway Patrol official headquarters from Sacramento (in Sacramento County) to West Sacramento (in Yolo County),[21] but these were ultimately unsuccessful.[22]

Public schools and programs operated by the Washington Unified School District currently include:

Raley's, a major grocery store chain in Northern and Central California, has its corporate headquarters in West Sacramento.

The California State Teachers Retirement System pension fund CalSTRS is based in West Sacramento and its headquarters tower on the riverfront is the city's tallest building.

In 2011, the mayor launched an initiative to develop the city as a global food hub and center of food innovation, and several major international companies in the sector made West Sacramento their US or North American headquarters and manufacturing/research centers, including Nippon Shokken, Shinmei Foods, TOMRA, and Bayer Crop Science.[42]

According to the City's 2015 "Comprehensive Annual Financial Report," the top employers in the city are: 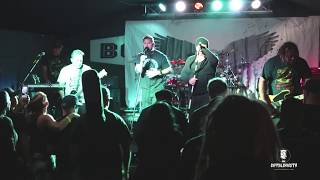 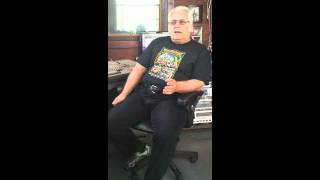 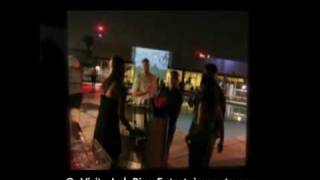 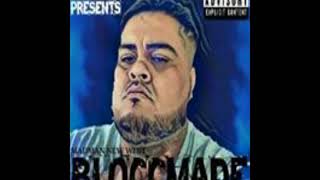 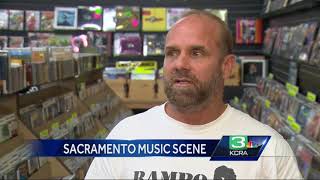 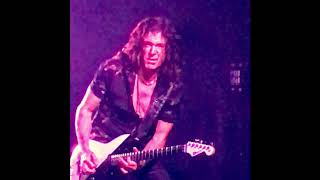 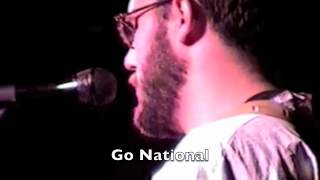 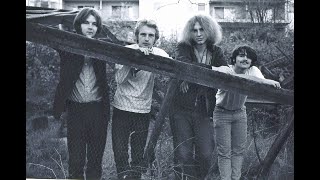 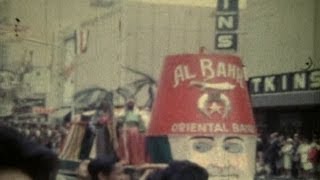 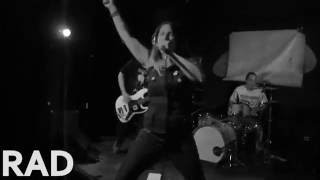 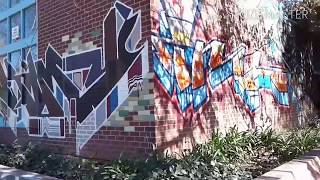 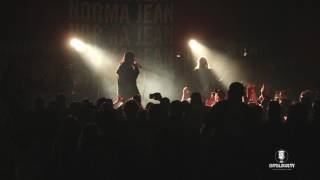 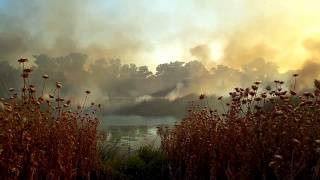 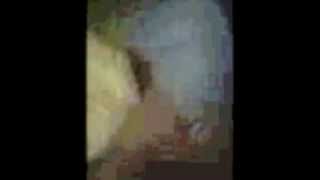 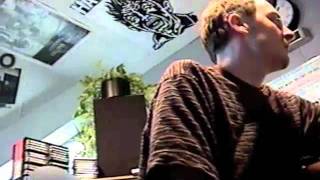 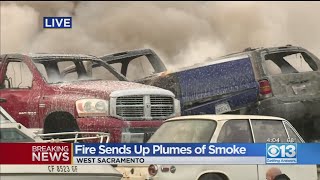 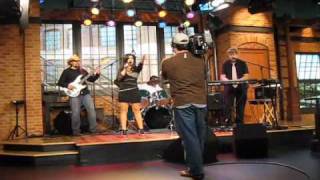 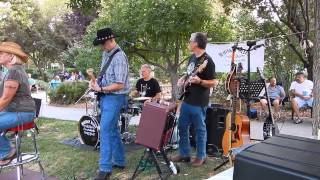 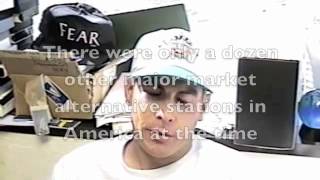 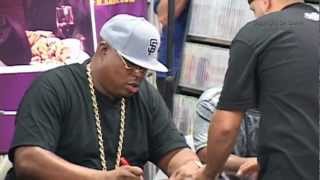