Westfield is a city in Hampden County, in the Pioneer Valley of western Massachusetts, United States. Westfield was first settled in 1660. It is part of the Springfield, Massachusetts Metropolitan Statistical Area. The population was 41,094 at the 2010 census.[5]

The area was originally inhabited by the Pocomtuc tribe, and was called Woronoco (meaning "the winding land"[6]). Trading houses were built in 1639-40 by settlers from the Connecticut Colony. Massachusetts asserted jurisdiction, and prevailed after a boundary survey. In 1647, Massachusetts made Woronoco part of Springfield.[7] Land was incrementally purchased from the Native Americans and granted by the Springfield town meeting to English settlers, beginning in 1658. The area of Woronoco or "Streamfield" began to be permanently settled in the 1660s.[7] In 1669, "Westfield" was incorporated as an independent town;[8] in 1920, it would be re-incorporated as a city. The name Westfield would be named for being at the time the most westerly settlement. "Streamfield" was considered a name for the town for being settled in between two "streams" that flow downtown, the Westfield River and the Little River.

From its founding until 1725, Westfield was the westernmost settlement in the Massachusetts Colony, and portions of it fell within the Equivalent Lands. Town meetings were held in a church meeting house until 1839, when Town Hall was erected on Broad Street. This building also served as City Hall from 1920 to 1958. Due to its alluvial lands, the inhabitants of the Westfield area were entirely devoted to agricultural pursuits for about 150 years.

Early in the 19th century, manufacture of bricks, whips, and cigars became economically important. At one point in the 19th century, Westfield was a prominent center of the buggy whip industry, and the city is still known as the "Whip City". Other firms produced bicycles, paper products, pipe organs, boilers and radiators, textile machinery, abrasives, wood products, and precision tools. Westfield transformed itself from an agricultural town into a thriving industrial city in the 19th century, but in the second half of the 20th century its manufacturing base was eroded by wage competition in the U.S. Southeast, then overseas.

Meanwhile, with cheap land and convenient access to east-west and north-south interstate highways, the north side developed into a warehousing center to C & S Wholesale, Home Depot, Lowes and other corporations. South of the river, the intersecting trends of growth of Westfield State University and declining manufacturing changed the city's character. Students comprise some 15% of Westfield's population, and the old downtown business district caters increasingly to them while mainstream shopping relocates to a commercial strip called East Main Street, part of U.S. Route 20.

Only four buildings exceed four stories in height. Until a major fire on January 6, 1952, the Westfield Professional Building covered half a downtown city block and was six stories tall. The entire building was consumed with extensive damage to neighboring buildings because the fire department's ladder and snorkel vehicles weren't tall enough and the building did not have a sprinkler system. Subsequent zoning prohibited virtually all new construction over three stories, even after improvements in fire suppression technologies and vehicles became available. No building is allowed to be taller than the town's firetruck ladders.

In the early 20th century, Westfield was at the center of the Pure Food movement, an effort to require stricter standards on the production of food. Louis B. Allyn, a Westfield resident and pure foods expert for McClure's Magazine, lived in Westfield until his murder. In 1906, Congress passed the Pure Food and Drug Act of 1906. In June 2017, the administration of Massachusetts Governor Charlie Baker announced a $300,000 grant to the city for an industrial park expansion.[9]

In 1939, Westfield became the first city in Massachusetts, as well as all of New England, to elect a female Mayor when Alice Burke defeated incumbent Raymond H. Cowing.[10]

Replete with interesting graffiti, the M&M Trail passes beneath the Mass Pike along with the railroad

View of Snake Pond and the Westfield countryside from East Mountain

Westfield is situated at the western edge of the downfaulted Connecticut River Valley where the Westfield River emerges from the Berkshire Hills and flows through the center of the city on its way to the Connecticut River some 10 miles (16 km) downstream. Because of its large, steep and rocky upstream watershed, the river has a history of severe flood episodes, inundating adjacent parts of Westfield several times. In spite of a complicated system of pumps, dikes, waterways, and upstream dams, Westfield lies in a floodplain zone and is still considered flood-prone.

Westfield is bordered on the east by linear cliffs of volcanic trap rock known as East Mountain and Provin Mountain. They are part of the Metacomet Ridge, a mountainous trap rock ridgeline that stretches from Long Island Sound to nearly the Vermont border. Both mountains are traversed by the 114-mile (183 km) Metacomet-Monadnock Trail, that also crosses the Westfield River with an ill-advised fording or a safer road-walk across the bridge at the junction of Routes 187 and 20. The next road obstacle for hikers in

Westfield is the Massachusetts Turnpike, beneath which hikers can safely walk.

Westfield is on the fringe of the greater Northeast megalopolis--the most densely populated region of the United States--and has experienced substantial land development for suburban residential and commercial uses for the past six decades. Yet it borders hilltowns to the west that were depopulated of subsistence farmers in the 19th century as land became readily available on the western frontier. With population dipping below ten per square kilometer in some upland townships, forests are reverting almost to pre-settlement conditions with wild turkey, bears, coyotes and even moose returning after absences perhaps measured in centuries. This transition over a few miles from the 21st century urbanization to population densities nearly as low as early colonial times is notable if not unique.

Westfield is governed by a mayor and a city council, elected every two years. The office of the mayor is responsible for a variety of services throughout the city, and the mayor also serves as chairman of the School Committee. The City Council meets the first and third Thursday of every month at 7:30 p.m. in City Hall.[28]

Current issues facing Westfield include PFAS contaminated water,[29] The use of warrantless surveillance by Westfield Police,[30][31] and the quickly approaching debt ceiling.

The current mayor of Westfield is Don Humason.[32] In the Massachusetts General Court, the current senator, representing the Second Hampden and Hampshire district, is John Velis. The representative's seat for the Fourth Hampden district is vacant.

The Westfield City Council is composed of the following members:

A snow-covered residential neighborhood in Westfield.

According to NeighborhoodScout in 2020[34] violent crime in Westfield such as armed robbery, aggravated assault, rape or murder occurs at a rate of 1 in every 375, or 3 in every 1000.

The city is home to Westfield State University.

The Massachusetts Turnpike crosses Westfield just north of Westfield Center. The "Mass Pike" is part of Interstate 90 extending east to Boston and west to Albany and across the United States to Seattle. About 3 miles (5 km) east of Westfield, the turnpike intersects Interstate 91 which generally follows the Connecticut River Valley south to Springfield, Hartford and New Haven or north to Canada (Quebec).

Apart from limited-access I-90, the main east-west thoroughfare is U.S. 20, which includes parts of Russell Road, Franklin Street, Elm Street, Main Street, and Springfield Road. Route 187 also ends in Westfield. Other main roads include Western Avenue, Granville Road, Union Street, and Montgomery Road. East Mountain Road is the longest road in Westfield. In November 2016, Massachusetts Governor Charlie Baker announced a $1.93 million grant to the city for upgrades to its segment of U.S. Route 20.[38]

A notable choke point for north-south travel is the Great River Bridge, commonly known as the "Green Bridge", over the Westfield River. This is a three-lane through truss bridge. As of August 2007, there was an active project to create a second bridge just to the east (downstream).[39] The new bridge is a similar through-truss bridge with two spans totaling 368 feet (112.2 m).[40] After the second bridge was completed, the existing bridge was refurbished; each bridge now carries traffic in one direction. Blessed Sacrament Church on North Elm Street was torn down for this project to start. The church was reconstructed on Holyoke Road and was finished in October 2009. The new bridge opened for traffic and the old one was closed for renovations on August 18, 2009. The old bridge reopened in July 2011, with each bridge carrying traffic in one direction.[41]

Westfield is at the junction of the former east-west Boston and Albany Railroad and a former north-south spur of the New York, New Haven and Hartford Railroad (now a rail trail south of the junction). The town last had eastbound passenger service in 1954, local Albany, New York - Boston, Massachusetts service operated by the New York Central Railroad; and Westfield last had local westbound service in 1953.[42][43] But Pioneer Valley Railroad, a short line, and CSX, provide freight service. More than 35 motor freight carriers with nearby terminals provide competitive freight service locally and to all distant points. Amtrak's Lake Shore Limited, Vermonter and Connecticut Valley service continue to operate in Springfield, Massachusetts, 9.6 miles to the east.

Bradley International Airport at Windsor Locks, Connecticut, 18 miles (29 km) (40 minutes drive) to the south, has scheduled flights by most airlines.

Albany International Airport is an alternative to Bradley, with similar flight offerings. It is 86 miles (138 km) (90 minutes drive) to the northwest via I-90. 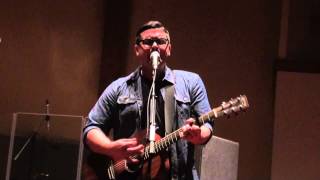 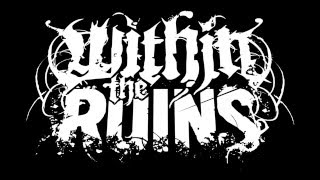 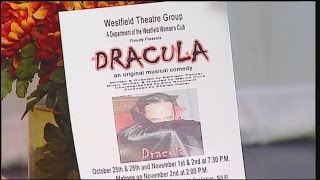 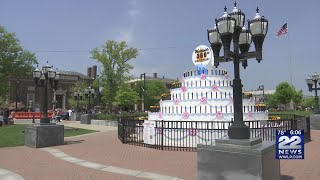 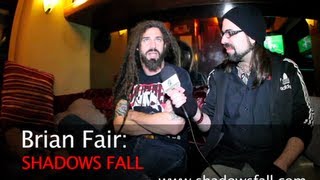 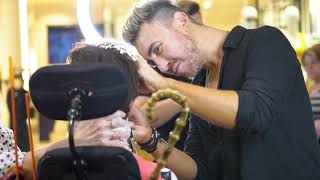 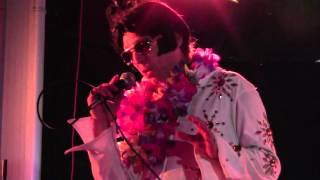 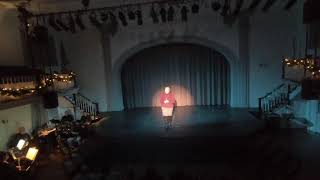 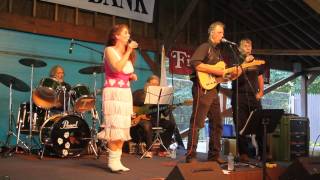 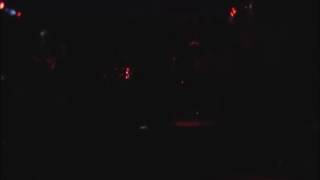 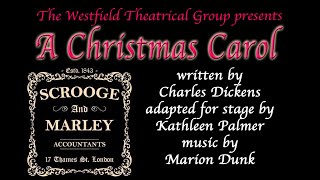 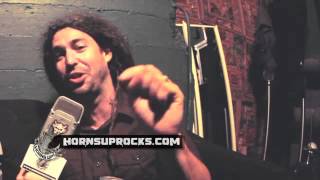 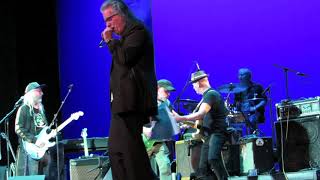 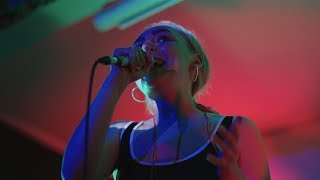 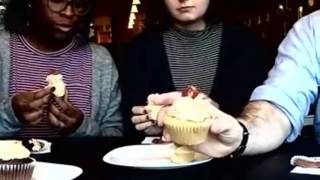 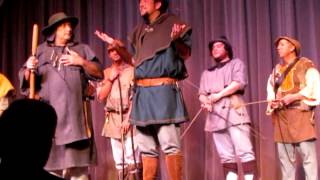 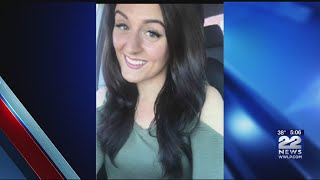 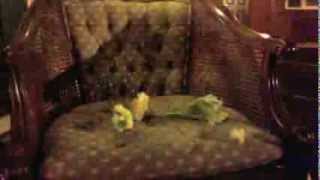