Winter Haven is a city in Polk County, Florida, United States. It is fifty-one miles east of Tampa. The population was 33,874 at the 2010 census. According to the U.S. Census Bureau's 2019 estimates, this city had a population of 44,955,[7] making it the second most populated city in Polk County. It is a principal city of the Lakeland-Winter Haven, Florida Metropolitan Statistical Area.

The Timucua and the Calusa were the earliest known inhabitants of the land that would become Winter Haven. Both of these groups were deeply impacted by war and disease from the Spanish conquest of Florida in the early 1500s. The Timucua were particularly affected by the expedition of Hernando de Soto. By the 19th century, both these groups no longer existed. During these expeditions the Spanish explorers claimed the entire peninsula of Florida for the Spanish monarchy

In 1819, after the signing of the Adams-Onís Treaty, the United States gained control of Florida. The first American or European settlers in the area were encouraged to settle here by the Armed Occupation Act of 1842.[8]

During the 1840s and 1850s, the United States government conducted the first surveys of the area. Henry Washington conducted the first survey of the area in 1843. In 1849, Dr. John Westcott completed an extensive survey of the area, including mapping many of the local lakes.[8] The first maps of the area were published by the United States government in 1854.[8] In 1883, Henry Haines working for Henry Plant and the Plant System, successfully built the first railroad across Polk County, passing just north of Winter Haven. Lake Haines, in Winter Haven, was named after Haines, who served as a colonel in the Confederate States Army.

The arrival of the railroad created the first real growth in area.[10] The area was platted in 1884 and would first be known as Harris Corners.[11] This name was in reference to F.A.K. Harris, who opened the first mercantile store in the area around this time.[11] The name Winter Haven was later suggested, in reference to the area's pleasant climate.[11]

By the end of the century, the population grew to approximately 400 and in 1911, the City of Winter Haven was incorporated. The Chain of Lakes canals were begun in 1915. The first Florida boom took place in the 1920s as towns sprang up all over the peninsula. Florida's potential as a place to live and a place to visit was first realized in the 1920s, but the Great Depression slowed growth until after World War II. Winter Haven Hospital was founded in 1926 and has been in the city ever since.

During this period, the population of Winter Haven began to grow substantially. Many beautiful single-family homes were built in Winter Haven at this time in the colonial revival style. Over 50 these homes are on the National Register of Historic Places today. They are noted for their architectural style and grace. Most of these historic homes are located in the Interlaken neighborhood. There are four historic districts in Winter Haven. They are Interlaken, Pope Avenue, Winter Haven Heights, and the downtown area.

In 1930, George W. Jenkins opened the first Publix supermarket in Winter Haven.[12] His second store and the first stand-alone Publix store, was a 27 ft by 65 ft building at 199 West Central Avenue, opened in 1935, which exists today as the Regenerations thrift store.[12][13][14] During the 1930s and 1940s, citrus magnate, John A. Snively operated one of the largest fruit packing plants in the world in Winter Haven.[15]

Another defining event in Winter Haven was the opening of Cypress Gardens in 1936 by Dick Pope, Sr. and his wife, Julie Pope. They first got the idea for the park from a Good Housekeeping magazine that they were reading. By the 1950s, Cypress Gardens was nationally famous. It featured a beautiful botanical garden, water skiing shows, and a staff of southern belles. Many famous celebrities of that time visited the park, including Elvis Presley, Frank Sinatra, Betty Grable, and King Hussein of Jordan. In the 1980s, the Anheuser-Busch corporation purchased the park. They continued to operate the park until 1995. After that, the park struggled, finally closing for good in 2009. On January 21, 2010, the site of Cypress Gardens was formally announced as the selected location for the Legoland Florida theme park,[16] which opened on October 15, 2011. Legoland Florida has successfully retained some of the tradition and history of the original site, including part of the original botanical garden and a water ski show.[17]

Winter Haven featured many buildings designed by Gene Leedy, one of the founders of the Sarasota School of Architecture. Regency Medical Center, which is Winter Haven Hospital's women's hospital, was built in 1987.[18]

The Orange Dome, located near the corner of Cypress Gardens Blvd and US Hwy 17, was built in 1964. For 48 years, it hosted the annual Citrus Festival and other civic affairs. In February 2012, the Orange Dome was demolished to make way for The Landings, a proposed $150 million mixed-use development that was intended to include high-end retail stores, restaurants, hotels, apartments and a new movie theater to be built at the Chain of Lakes Complex.[19] However, after the construction of three fast food chain stores, the project collapsed. Currently, the developer and the city are in negotiations to determine the future of the site.[20]

Pughsville was named for an early black pioneer, Reverend Charles Pugh, who was a founder of one of Zion Hill Missionary Baptist Church. Pughsville was also home to Bethel A.M.E., St. Paul Holiness, and Church of Christ. The community was most active from the 1900s until the 1950s and had an African-American school, social halls, small grocery stores, and restaurants where some residents worked.[22] Others worked in the citrus industry or in state or federal jobs. Pughsville produced Winter Haven's first African-American commissioner and mayor Lemuel Geathers, medical doctor, fire fighter and postal worker. The community declined in the late 1970s as larger commercial establishments began arriving in the area.

According to the United States Census Bureau, the city has a total area of 25.4 square miles (66 km2), of which 17.7 square miles (46 km2) is land and 7.7 square miles (20 km2) (30.45%) is water. Winter Haven is located within the Central Florida Highlands area of the Atlantic coastal plain with a terrain consisting of flatland interspersed with gently rolling hills.[23] It has an average elevation of 146 feet (45 m) above sea-level.[24] The city is located at the headwaters of the Peace River.[25]

Winter Haven has 50 lakes within its borders,[26] including its famous Chain of Lakes. The lakes are by far the city's most distinctive feature. Winter Haven bills itself as "The Chain of Lakes City". The city has two prominent chains of lakes; the northern chain has nine lakes interconnected by a series of canals.[27] The southern chain features sixteen lakes interconnected by a series of canals. The southern chain has several prominent lakes, including Lake Eloise, Lake Howard, and Lake Lulu.[27] In 2011, after six years of construction and political infighting, Winter Haven opened a canal lock system connecting the two chains.[28] Most of the lakes in Winter Haven formed in a similar fashion to sinkholes, through dissolving of the limestone ground. These types of lakes are called "solution lakes".[26] The lakes in Winter Haven teem with life, including alligators, bald eagles, great blue herons, and more. The Winter Haven lakes are a world-renowned spot for bass fishing.[24]

Winter Haven is located in the humid subtropical zone (Köppen climate classification: Cfa).[29] The city gets its name from its comparative lack of colder weather. The average temperature is 73.2 °F (23 °C). The city averages 50.3 inches (128 cm) of rain per year.[30] The summer months of June, July, August, and September, which includes the height of the Atlantic hurricane season, are by far the rainiest time of the year. Those four months, which average 29.7 inches (75 cm) of rain per year, account for more than half of the annual rainfall. Winters in Winter Haven are dry and sunny, with mild temperatures with highs of 73-77 °F (23-25 °C) and lows of 50-53 °F (10-12 °C). Frosts occur on one or two nights per year on average.[30]

Winter Haven has many successful sports programs, both recreational and competitive, serving the youth in the community. Winter Haven High School has won several state and district championships in various sports, including Girls Varsity Basketball State Championship in 2005, 2007, 2016, and 2017.

Winter Haven has played a major role in the development and growth of water skiing as a sport. Dick Pope, Sr. used water skiing as a way to promote his Cypress Gardens theme park starting in the 1930s, and water ski shows soon became a staple of entertainment at the park. He was also the first person to complete a jump on water skis, jumping over a wooden ramp in 1928, for a distance of 25 feet.[35] He pioneered a number of other water skiing tricks, including the water ski human pyramid, as part of an effort to develop his shows at Cypress Gardens. His son, Dick Pope, Jr. popularized barefoot water skiing.

Winter Haven is connected to 10 members of the Water Ski Hall of Fame, more than any other city in the world. These include Dick Pope, Sr., Dick Pope, Jr., and Ricky McCormick. George A. "Banana George" Blair, who still holds several water ski world records, was first introduced to the sport while visiting Winter Haven in the 1950s. Winter Haven has many lakes, including its famous chain of lakes, that are perfect for water skiing. Today, several successful ski schools, for both water skiing and barefoot skiing, make their home there. Everyday, all year round, water skiers can be seen practicing their sport on the lakes around town.

In 1928, the Philadelphia Phillies were the first Major League Baseball team to call Winter Haven their spring-home.[36] The Phillies played at Denison Field, which featured a large, covered wooden grandstand.[36] The Phillies played spring training games there until 1938. In 1940, the New York Giants did one season there.[36] After baseball left Denison, the field was donated to the city for the benefit of youth athletics. The stadium was rebuilt in 1947 with a larger grandstand and in use today for college and high school football, soccer, track and field, and other events.

In 1966, the Boston Red Sox and spring training baseball returned to Winter Haven. The Red Sox played in the newly built Chain of Lakes Park, a state of the art facility at that time.[36] For 26 years, the Red Sox called Winter Haven their spring-home. When the Red Sox left to Fort Myers, Florida in 1992, the city of Winter Haven sought a new Major League Baseball team. Later that year, Hurricane Andrew devastated Homestead, Florida, including the spring training facilities of the Cleveland Indians, and the Indians moved to Winter Haven.[37] In 2008, after failed negotiations with the city to renovate Chain of Lakes Park, the Indians moved into a brand new stadium in Goodyear, Arizona[37] after 16 springs at Chain of Lakes Park.

Chain of Lakes Park today hosts Russ Matt collegiate baseball tournament. The stadium was slated for demolition, and re-development into a shopping center, called the Landings, but those plans are currently[when?] stalled.[]

Since 1911, the Winter Haven News Chief has served the community as the local newspaper. The News Chief also published the Polk County Shopper and ran the site polkonline.com. In 2008, News Chief was taken over by the Lakeland Ledger and operations were merged into that paper's Winter Haven branch.[41]

Major routes through, to, and from Winter Haven include:

Winter Haven has an Amtrak train station served by the Silver Star and Silver Meteor. 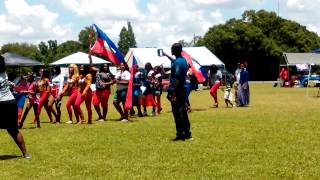 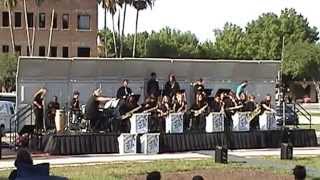 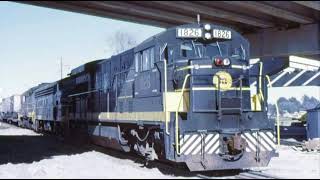 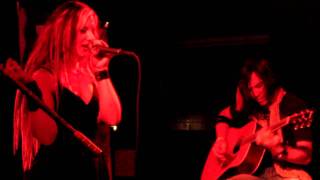 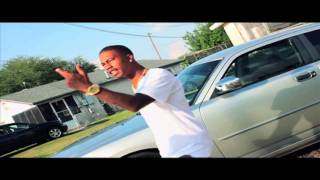 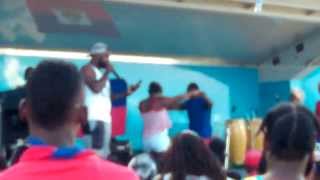 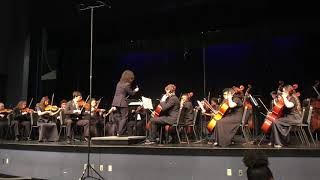 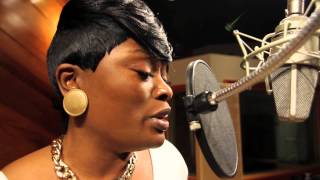 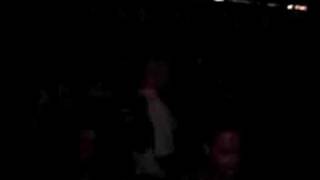 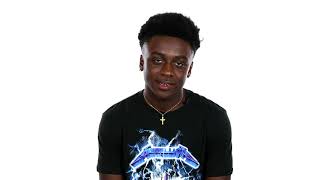 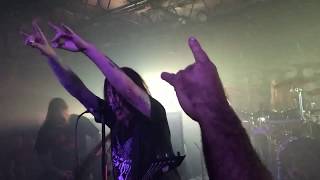 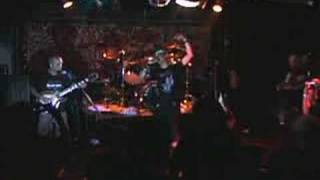 Man in winter garden Florida powers up on electric tazor , Did his super powers work or no ?
Watch   Add to List   Share 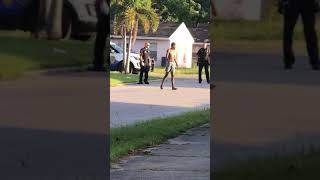 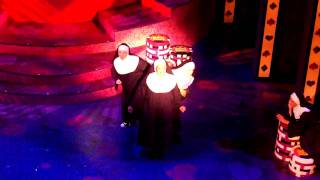 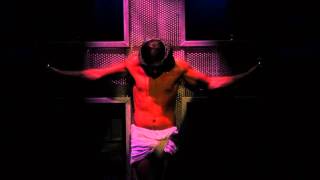 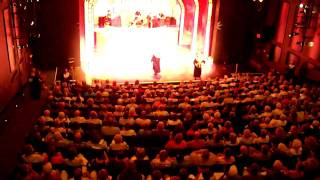 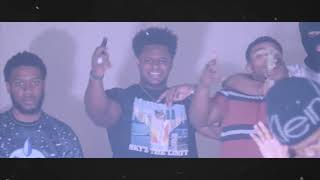