A wood block (also spelled as a single word, woodblock) is a small slit drum made from a single piece of wood and used as a percussion instrument. The term generally signifies the Western orchestral instrument, though it is related to the ban time-beaters used by the Han Chinese, which is why the Western instrument is sometimes referred to as Chinese woodblock. Alternative names sometimes used in ragtime and jazz are clog box and tap box. In orchestral music scores, wood blocks may be indicated by the French bloc de bois or tambour de bois, German Holzblock or Holzblocktrommel, or Italian cassa di legno (Blades and Holland 2001).

The orchestral wood block of the West is generally made from teak or another hardwood. The dimensions of this instrument vary, although it is either a rectangular or cylindrical block of wood with one or sometimes two longitudinal cavities (Blades and Holland 2001). It is played by striking it with a stick, which produces a sharp crack (Montagu 2002b). Alternatively, a rounder mallet, soft or hard, may be used, which produces a deeper-pitched and fuller "knocking" sound.

In a drum kit, a wood block was traditionally mounted on a clamp fixed to the top of the rear rim of the bass drum.

The muyu (simplified Chinese: ; traditional Chinese: ; pinyin: mùyú) is a rounded wood block carved in the shape of a fish and struck with a wooden stick. It is made in various sizes and is often used in Buddhist chanting, in China as well as in other Asian nations including Japan, Korea, and Vietnam. Also, in China, a small, rectangular, high-pitched wood block called bangzi () is used. This instrument is called a temple block in a Western orchestral context. Typically used in sets of four different pitches, they are sometimes called "skulls" by jazz players because of their globular shape (Montagu 2002a). 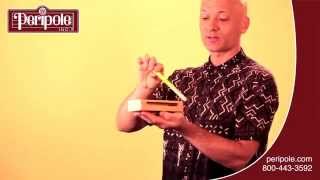 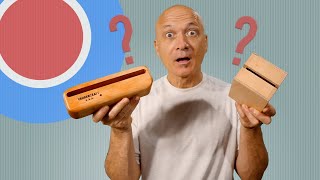 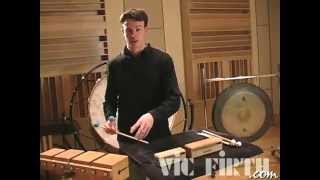 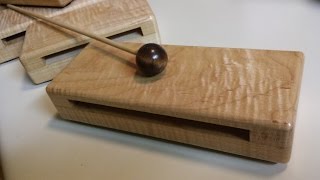 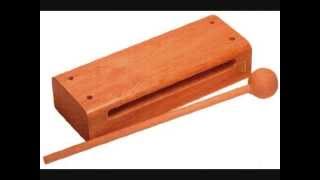 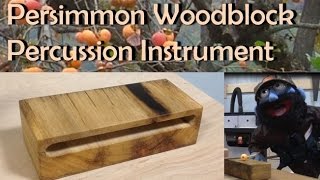 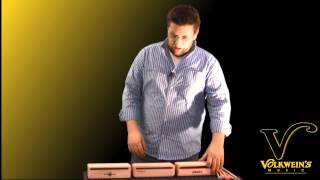 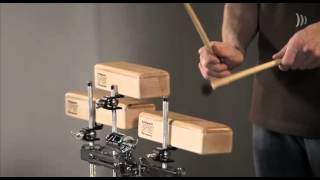 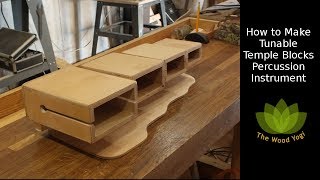 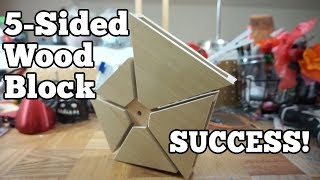 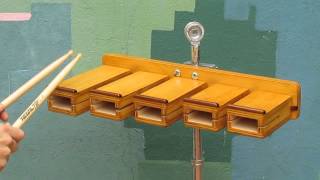 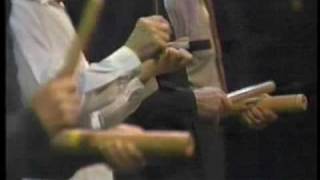 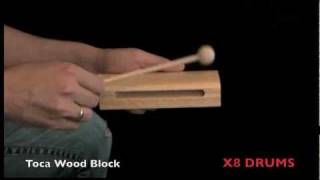 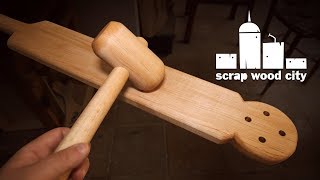 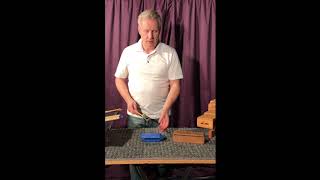 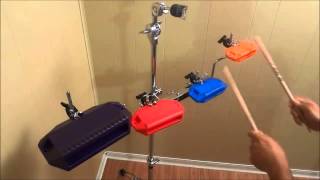 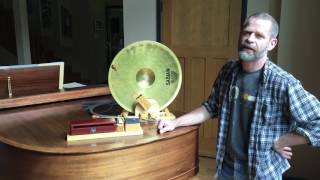 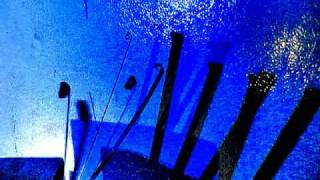