Anacortes is a city in Skagit County, Washington, United States. The name "Anacortes" is an adaptation of the name of Anne Curtis Bowman, who was the wife of early Fidalgo Island settler Amos Bowman.[5] Anacortes' population was 15,778 at the time of the 2010 census. It is one of two principal cities of and included in the Mount Vernon-Anacortes Metropolitan Statistical Area.

Anacortes is within the historical territory of the Samish people. The Samish Indian Nation's headquarters are in Anacortes. Lands that the Samish Nation owns within the city limits include its administrative campuses on Commercial Avenue and on Highway 20 in the Summit Park area; Fidalgo Bay Resort, site of landings during the annual Canoe Journey; the waterfront Cannery Building adjacent to Seafarers Memorial Park; the Samish Longhouse preschool and child care center; a proposed commercial development site on Highway 20 and Thompson Road; a two-acre housing development site on 34th Street; and a future cultural center site on 78 acres of trust land near Campbell Lake.

Anacortes was officially incorporated on May 19, 1891.

In 1877, railroad surveyor and town founder Amos Bowman moved his family to the northern tip of Fidalgo Island. Bowman began promoting the area as an obvious terminus for the Northern Pacific Railway as it was built through the north Cascades to the Pacific. Bowman established the town's first newspaper, The Northwest Enterprise, to promote his vision of the New York of the West.[6]

Seattle and Northern Company began building a rail line from the town in 1888. Real estate and development boomed from 1888 to 1890 as a result of the railroad rumors, and the Oregon Improvement Company posted $15 million in bonds to develop the town.[7] Fish offal being dumped into a scow from a cannery in Anacortes, 1917

In 1891, the real estate bubble burst. Speculators lost money and the Oregon Improvement Company could no longer afford to complete tracks over the Cascades. The town failed to become the railroad terminus Bowman had envisioned.[8]

After the bust, the town became prominent for its fishing tradition, thriving canning industry, and timber mills.[8]

According to the Köppen climate classification system, Anacortes has a warm-summer Mediterranean climate (Csb) with cool, rainy winters and warm, dry summers.

There were 6,980 households, of which 24.3% had children under the age of 18 living with them, 51.5% were married couples living together, 9.0% had a female householder with no husband present, 3.5% had a male householder with no wife present, and 36.1% were non-families. 29.5% of all households were made up of individuals, and 14.3% had someone living alone who was 65 years of age or older. The average household size was 2.25 and the average family size was 2.75. Anacortes is on Fidalgo Island. Rosario Strait and the San Juan Islands are to the West while to the South, Deception Pass separates Fidalgo and Whidbey Islands. To the East, the Swinomish Channel separates Fidalgo Island from the mainland. The weather is milder than other areas of the Pacific Northwest, because it lies within the Olympic Mountain rain shadow. Fidalgo Island gets 21 inches of rain per year, only half as much as Seattle.

First known as Ship Harbor, Anacortes was established with a name and a post office in 1879 in the vain hope that it would be selected as the western terminus of the transcontinental railroad. The town was officially incorporated in 1891 shortly after the railroad bust, and became a lumber and fishing center. Workers at the Robinson Fisheries Co. skinning codfish in the Cutting and Skinning Department

In the 1950s, oil companies built big refineries near Anacortes. Two of the five refineries operating in Washington are located near the town. One is owned and operated by Marathon Petroleum (opened in 1955, it was originally built and owned by Shell Oil and later operated by Andeavor [formerly Tesoro]), operating as the Marathon Anacortes Refinery, the other was owned and operated by Shell Puget Sound Refinery Company (opening in 1957, and originally built and owned by Texaco). However, HollyFrontier is now in the process of buying the refinery. Refining remains the area's largest industry, but the economic base now includes yacht construction/shipbuilding, tourism, and residential services for the nearby Whidbey Island Naval Air Station.

Anacortes has a mayor-council government with an elected mayor and seven city councilmembers, of whom three are elected from single member wards. The remaining four are elected at-large.

The city government operates a municipal broadband system that began operation as a pilot in late 2019 and will expand to the entire city in 2023.[13][14] Anacortes is a popular destination for boaters and those traveling on to the San Juan Islands. The city maintains a 220-acre (0.89 km2) city park on the northwestern end of Fidalgo Island named "Washington Park". This park features camping, boat launching, and majestic views of the San Juan Islands. The most prominent view is of Cypress Island. As a result of Anacortes' proximity to the Strait of Juan de Fuca, the area provides opportunities for whale-watching. The waters off of Anacortes and Fidalgo Island offer numerous varieties of marine-life, including three resident Orca pods.

Anacortes Community Forest Lands, 2,800 acres (11 km2) with 50 miles (80 km) of mountain biking and hiking trails, are a rare amenity in a city the size of Anacortes. In adjacent Mount Erie Park, a number of rock climbing routes are popular on the cliffs of the south and west faces of Mount Erie. Mount Erie offers scenic vistas from its 1273-foot peak.[15]

Anacortes hosts many long-distance cyclists, as it is the western terminus of the Adventure Cycling Association's Northern Tier cross-country bicycle route, which ends in Bar Harbor, Maine.

Anacortes is also home to The Business, a record store and concert venue voted Washington state's best record shop.[16] Founded in 1978, the store is notable for its many musicians who have worked there, including Bret Lunsford, Phil Elverum and Karl Blau.[17] The Business is located in the Alfred Olson Building which is part of the National Register of Historic Places.[18] 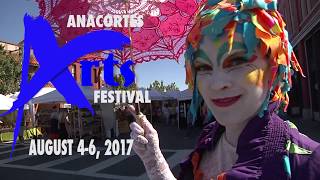 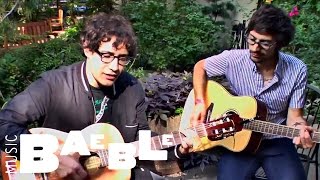 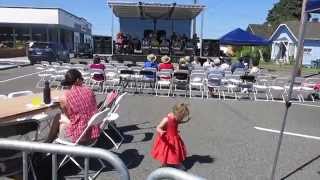 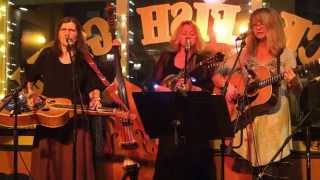 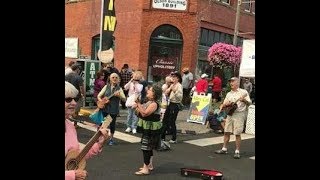 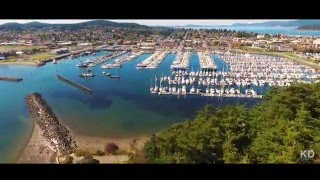 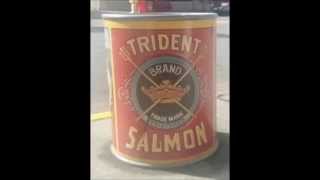 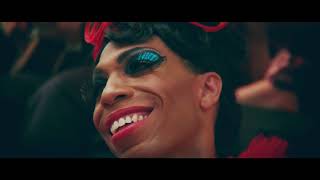 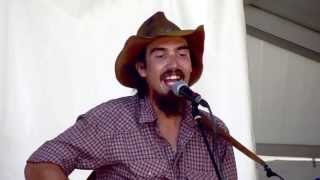 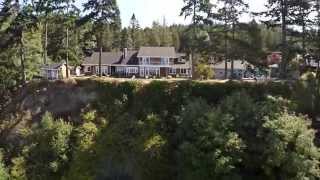 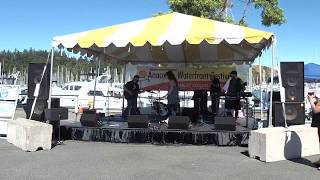 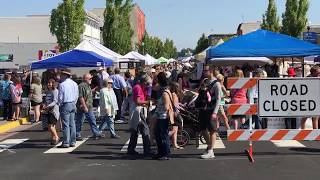 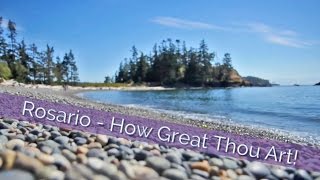 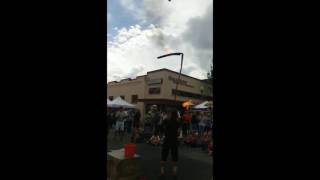 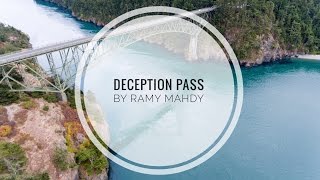 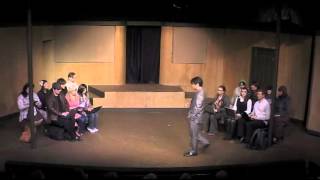 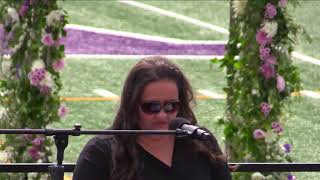 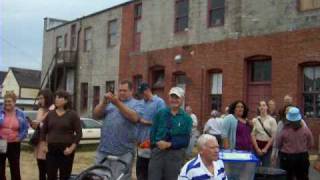 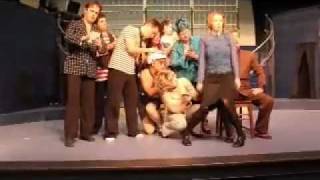