Bell Gardens has a Native American history dating back thousands of years. In the late 18th century, when the area was associated with a large amount of land situated along the lower basin of the Rio Hondo area in Los Angeles County, Bell Gardens was once a bustling agricultural center for Californios during the Spanish Empire, 1509-1823, the Mexican government, 1823-1848, and the United States, after the Mexican-American war concluded in 1848.

Among those early Spanish settlers was one of California's first families, the Lugos. While stationed at Mission San Antonio de Padua near Salinas, California, Francisco Lugo's son Antonio Maria Lugo was born in 1783. In 1810 Antonio Lugo, a 35-year-old corporal in the Spanish army, was given the 29,514-acre (119.44 km2) Rancho San Antonio land grant. The land grant was a reward for his military service during the establishment of the Franciscan Missions in California while being the attendant of colonization for the area. Today, the grant includes the cities of Bell Gardens, Bell, Maywood, Vernon, Huntington Park, Walnut Park, Cudahy, South Gate, Lynwood and Commerce.

Antonio Lugo built several adobe homes within the boundaries of the Rancho San Antonio grant, and raised cattle. One of the adobe houses, built in 1795, is the oldest house in Los Angeles County and is still standing at 7000 Gage Avenue. Lugo was given a term as Mayor of Los Angeles. According to Dr. Roy Whitehead in his book Lugo, "Don Antonio Maria Lugo...rode around Los Angeles and his Rancho San Antonio in great splendor. He never adopted American dress, culture or language and still spoke only Spanish. He rode magnificent horses, sitting in his $1,500 silver trimmed saddle erect and stately, with his sword strapped to the saddle beneath his left leg...People knew him far and wide, and even the Indians sometimes named their children after him, as he was one Spanish Don that they admired." Antonio María Lugo died at the age of 85 in 1860.

One of his nine children, Vicente Lugo, married and built a two-story adobe home in 1850, located at 6360 Gage Avenue. A daughter of Antonio Lugo married Stephen C. Foster, Mayor of Los Angeles in 1854, and lived in an adobe house just east of 6820 Foster Bridge Road, now a parking lot. A granddaughter of Antonio Lugo married Wallace Woodworth, an early-day merchant and civic leader in Los Angeles. Their eldest son, Joseph Woodworth, built a two-story colonial style house at 6820 Foster Bridge Road in 1924. The land's original adobe dwelling was built in 1795 and named Casa de Rancho San Antonio by Lugo. When Henry T. Gage, a lawyer who married Antonia Lugo's granddaughter Frances V. Rains, occupied the residence, he added two wings and redwood siding, installed bronze fireplaces, and imported expensive fabric wallpaper from France to serve as background for the Gage coat of arms, which enjoys a place of prominence in every room.

Because of the rich soil, many Japanese immigrants are part of Bell Gardens' early history. Japanese gardeners leased land and farmed to produce quality vegetables for the marketplace. Rice fields also mushroomed within the city limits of Bell Gardens. With some of the richest agricultural land in the country, Bell Gardens remained a farming community until the 1930s.

Beginning in the 1930s, cheap homes were constructed, filled largely by defense plant workers.[9] In 1927, Firestone Tire Company bought some of the land at $7,000 an acre. By 1900, Bell Gardens was divided into tracts of 40 to 100 acres (0.40 km2). The land adjoining the City of Bell became known as Bell Gardens. Both Bell Gardens and Bell are named for James George Bell. In 1930, O.C. Beck purchased property and begins to build affordable homes for those suffering through the depression era. It was during this period that the area was known as 'Billy Goat Acres'. To this day, Bell Gardens is affectionately known by this moniker.

World War I and World War II brought defense plants to the area that helped build the economic stability and the population, which led to construction of new homes, more schools, and a prosperous business climate.

This land used to be floodplains, farmlands split into long, narrow plots by depression-era developers. Tiny houses were sold and rented to Oakies, the Cherokee, and the Cree, forced from their homes by dust bowls and Manifest Destiny. By the 1980s, high-wage factories had left, taking with them virtually all of the whites and many of the blacks. In their places--coming from the Mexican states of Michoacan, Jalisco, Sinaloa, and Zacatecas-- were large families of immigrants.[10] Latinos moved here for work and some brought their small businesses.[11] Thousands of Central Americans fleeing civil wars in the 1980s also came to the region and created small businesses and worked in the same service industry jobs.

By the 1990s, Colmar Elementary changed its name to Cesar E. Chavez Elementary and 85 percent of the residents of Bell Gardens were Hispanic.[12][13]

By 2013, approximately 122,000 homeowners in the southeast were Latina/o; a region where, prior to 1965, families of color could not live due to restrictive covenants.[12] Lugo family members at their home in Bell Gardens

The oldest remaining house in Los Angeles City is the Avila Adobe located on Olvera Street (built in 1818). It is not, however, the oldest remaining house in Los Angeles County. Shane Kimbler, a Bell Gardens history enthusiast, wrote that early colonist Francisco Salvador Lugo and son Antonio María Lugo began construction in 1795 on what is now known as Casa de Rancho San Antonio or the Henry Gage Mansion. The house is located at 7000 East Gage Avenue in Bell Gardens. It was built to qualify the younger Lugo, a former Spanish colonial soldier, for a land grant from the Spanish crown. In 1810, Antonio María Lugo completed the house and received the grant, naming his new grant Rancho San Antonio. The ranch eventually grew to encompass 29,513 acres (119.43 km2), including what are now the cities of Bell Gardens, Commerce, and parts of Bell, Cudahy, Lynwood, Montebello, South Gate, Vernon and East Los Angeles. When California became part of the U.S. in 1850, Lugo, as did all recipients of Spanish/Mexican land grants, began losing portions of his land to the growing population of Anglo newcomers. The ranch adobe, however, continued to be owned and used by the Lugo family.

By 1865, most of the Lugo ranch, divided among five sons and three daughters, had been sold off for as little as a dollar per acre. The original adobe ranch home, however, remained in the family. In 1880, attorney Henry Tifft Gage, a transplant from Michigan, married one of Lugo's great granddaughters, Francis "Fanny" Rains. The original adobe ranch home was gifted to Gage as a wedding dowry and it became known as the Gage Mansion. When Gage acquired the mansion he worked very extensively to restore the heritage farmhouse of early Los Angeles. In 1898, Gage was elected to become the 20th governor of California. He served in that office from 1899 to 1903. In 1910, he was appointed by President William Howard Taft to serve as U.S. Minister to Portugal. He resigned after only one year due to his wife's health problems. Gage lived in the abode ranch house until his death in 1924.

Bell Gardens maintains only a small portion of the original Lugo land grant, which is located at the site of the Casa Mobile home Park at 7000 Gage Ave. In 1991, the park's tenants, who own the land as well as Lugo's original dwelling, were successful in their efforts to have Casa de San Antonio named State Historical Monument No. 984. Their effort ensures that Don Antonio Maria Lugo's name and his historic home will be preserved for future generations of Bell Gardens residents and Californians.[16] A century later, the Gage Mansion was all that remained of the once great Rancho San Antonio. In 1983, the Casa Mobile Home Park, a cooperative of mobile home owners renting lots on the property, purchased the land and the house from their ailing landlord. Although they were aware of the historical significance of the old house, they had no means of maintaining it. In 1987, then Bell Gardens City Councilwoman Letha Viles began working to get the house listed on the state historical registry, making it eligible for maintenance grants. It is now listed as California Historical Site Number 984.

In 1956, Assemblies of God evangelist Arthur Stoneking recognized this demographic shift and pioneered Indian Revival Center (now Indian Revival Church[17]), a congregation for Native Americans in Bell Gardens. Stoneking, a member of the Winnebago tribe, had remarkable success in bringing together people from various tribes. Started as a home bible study, the congregation soon became the largest Native American congregation in Los Angeles.[18] In 1990, there were 889 American Native Indian people living in Bell Gardens.[17]

One of the two last locations of the once prominent fast food chain, Pioneer Chicken, is still open in Bell Gardens.

Bell Gardens is bordered by Bell and Cudahy on the west, Commerce on the north and northeast, Downey on the southeast, and South Gate on the southwest.

In Bell Gardens, there are six elementary schools, two intermediate schools, one high school, and two adult schools. Bell Gardens has a relatively young population with a median age of 28 years old. The city is largely Hispanic with 2016 demographics being: 95.8% Hispanic, 3% White Non-Hispanic, 0.8% Asian, 0.5% Black Non-Hispanic, and 0.1% American Indian.

According to the 2010 United States Census, Bell Gardens had a median household income of $38,170, with 27.6% of the population living below the federal poverty line.[23]

There were 9,466 households, out of which 67.3% had children under the age of 18 living with them, 60.1% were married couples living together, 19.6% had a female householder with no husband present, and 10.1% were non-families. 7.2% of all households were made up of individuals, and 2.8% had someone living alone who was 65 years of age or older. The average household size was 4.61 and the average family size was 4.69.

These were the ten cities or neighborhoods in Los Angeles County with the largest percentage of Latino residents, according to the 2000 census:[25]

The Bicycle Hotel & Casino is located in Bell Gardens. It is one of the largest poker casinos in the world.[26]

In the United States House of Representatives, Bell Gardens is in California's 40th congressional district, represented by Democrat Lucille Roybal-Allard.[30]

Every public school in Bell Gardens has an urban farm run by members of the Environmental Garden Club, an after-school program.[32]

There are 8 parks and one golf course in the city limits.[36] 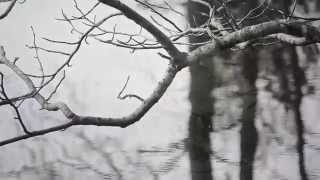 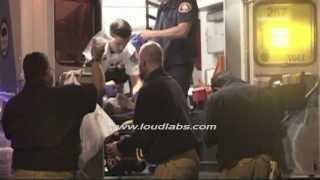 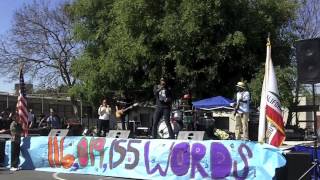 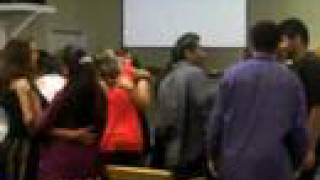 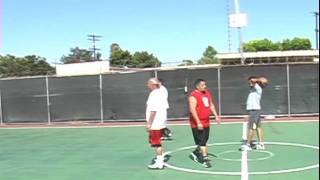 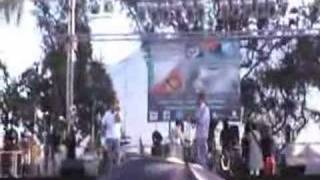 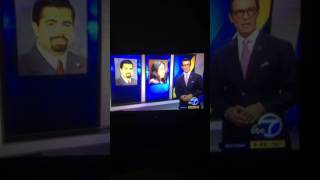 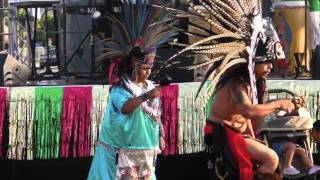 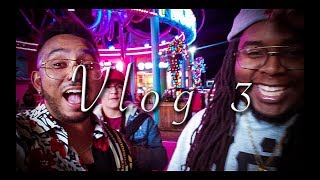 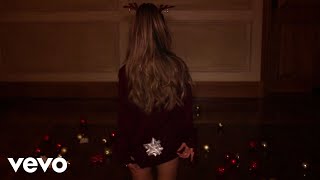 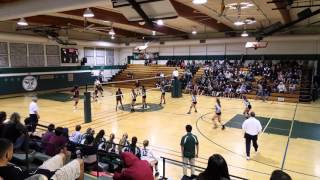 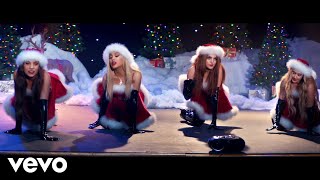 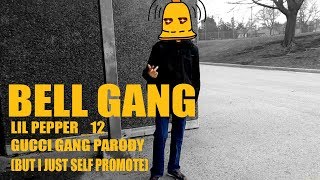 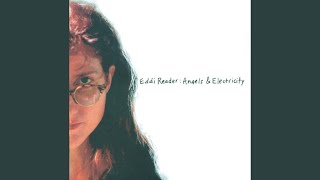 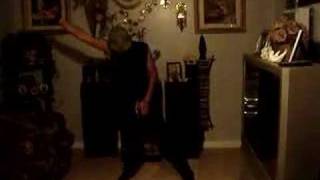 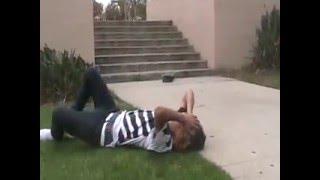 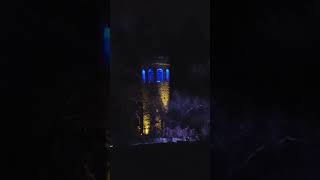 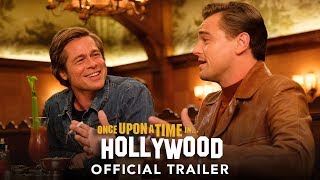 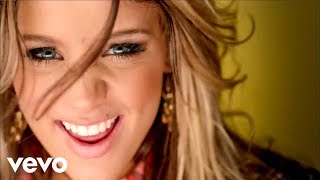 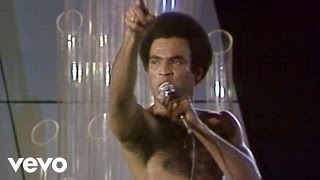