Carson is a city in Los Angeles County, California in the south bay region of Los Angeles, located 13 miles (21 km) south of downtown Los Angeles[11] and approximately 14 miles (23 km) away from Los Angeles International Airport.[12] Incorporated on February 20, 1968, Carson is the newest municipality in the South Bay region of Metropolitan Los Angeles.[13] As of 2019, it was estimated that the city had a population of 91,394.[14]

The year 1921 marked the first drilling for oil at Dominguez Hill, on the northwest side of the Dominguez Rancho, site of the famous battle during the Mexican-American War called the Battle of Dominguez Rancho in 1846. The mineral rights to this property were owned by Carson Estate Company, the Hellman Family, the Dominguez Estate Company, and the Burnham Exploration Company of Frederick Russell Burnham. On September 7, 1923, Burnham Exploration partnering with Union Oil brought in the first producer on the site: Callender No. 1-A well at a depth of 4,068 feet (1,240 m) and 1,193 barrels per day (189.7 m3/d).[15] Before long a number of refineries were up and running, with over 350 oil derricks, tank farms, and sprawling industrial complexes becoming a familiar part of the scenery. The principal leases were with Shell Oil Company and Union Oil of California and the first two wells were located west of Central Avenue and north of Victoria Street. Oil led to an increase in jobs in the community and a subsequent post-war population surge. An average of 300 barrels per day (48 m3/d) was produced from each of these wells through 1960.

In 2011, Shell was ordered by the Los Angeles Regional Water Quality Control Board to clean up the Carousel neighborhood after benzene and methane gas contamination was discovered, as well as soil and groundwater contamination.[16]

Carson experiences a warm-summer Mediterranean climate (Köppen climate classification Csb), similar to that of the Los Angeles Basin with noticeably cooler temperatures during the summer due to the nearby Pacific Ocean (~6-8 miles). Rainfall is scarce during the summer in Carson but receives enough rainfall throughout the year to avoid Köppen's BSh (semi-arid climate). Carson, like many of the Southern California coastal areas, is subject to a late spring/early summer weather phenomenon called "June Gloom." This involves overcast or foggy skies in the morning which yield to sun by early afternoon.

Other companies based in Carson include Bristol Farms and Ducommun.[]

Nissan previously had its North American headquarters in Carson. The 42-acre (17 ha) property consisted of 13 buildings, with a total of 700,000 square feet (65,000 m2) of office and light industrial space. One of the buildings, a nine-story tower, had the Nissan logo on it. Vincent Roger of the Los Angeles Times wrote that it "was a familiar sight to drivers passing the intersection of the Harbor and San Diego freeways."[23] Around 2006 the company had 1,500 employees at the headquarters.[24] In 2005 a leak revealed that Nissan planned to move its offices to Tennessee. In the summer of 2006, the Nissan headquarters completed the move.[23] Over half of the employees chose to stay in the Los Angeles area.[24]

County of Los Angeles Public Library operates the Carson Regional Library and the Dr. Martin Luther King Library. Both libraries are in Carson.

Carson is the site of California State University, Dominguez Hills (CSUDH). CSUDH is a major commuter school, particularly for students from the surrounding cities of Long Beach, Gardena, and Compton. It was founded as "South Bay College" and then renamed California State University at Palos Verdes. In the wake of the 1965 Watts rebellion, it moved to the City of Carson to meet a significant need for higher education opportunities in the largely black south suburbs of Los Angeles. Today it is among the most racially diverse campuses in the United States. The student body does not have a racial or ethnic majority.[25] In 1965, Carson was chosen as the home for the relocating university over the communities of Friendship Park, Fort MacArthur and Torrance.[]

Carson is also the location of Dignity Health Sports Park, a sports complex including a soccer-specific stadium used by the Los Angeles Galaxy, the Los Angeles Sol, from 2005 to 2014, C.D. Chivas USA, and for the 2017, 2018 and 2019 seasons only,[26] the Los Angeles Chargers of the NFL, a tennis stadium which hosts the yearly JP Morgan/Chase tennis tournament, and a track and field facility. It is also the training headquarters for the United States men's national soccer team. It opened in 2003, adjacent to CSUDH. The ADT Event Center is the only permanent indoor velodrome in the U.S. In July 2007, the Galaxy signed international soccer superstar David Beckham to the team. In 2011, International Boxing Hall of Fame Promoter, Bob Arum of Top Rank began publicizing professional boxing events.

One of the Goodyear Blimps was based in Carson. The 1st and 2nd U.S. and International Aviation Meets was held at the Dominguez Hill Rancho in 1910 and 1911, which featured many blimps and zeppelins. The International Printing Museum, which has one of the largest collections of antique printing presses in the United States, is located in Carson.

The Los Angeles Chargers of the NFL played their home games in Carson from 2017 to 2019.

As Carson has large tracts of undeveloped land, unusual for a city in such close proximity to metropolitan Los Angeles,[28] various plans for the use of the land have been proposed. One such tract of land located at Del Amo Boulevard, west of the 405, attracted particular attention in the past as a potential site for a National Football League stadium.[29] An outdoor power center complex called Carson Marketplace was originally planned for the site. In February 2015, however, the Marketplace plans were scrapped in favor of a $1.2 billion National Football League stadium, backed by Goldman Sachs,[30] that would have hosted both the then-Oakland Raiders and the then-San Diego Chargers.[31] The NFL had previously considered the site as a location for a stadium, but the plans stalled after it was discovered that the site was once used as a toxic waste dump and would require an extensive clean-up operation before construction was legally allowed to commence.[32] In May 2015, the Carson City Council allocated $50 million to clean up the site[33] for either the dual NFL stadium or the originally planned Carson Marketplace as a fallback should the NFL stadium not come to fruition.

On January 12, 2016, NFL owners rejected Carson's bid to host an NFL stadium in favor of the competing bid of SoFi Stadium in Inglewood backed by Rams owner Stan Kroenke.[34] Despite this rejection, the Los Angeles Chargers played their home games in Carson temporarily from 2017 to 2019.

In the United States House of Representatives, Carson is in California's 44th congressional district, represented by Democrat Nanette Barragán.[37]

High schools serving portions of Carson include Carson High School in Carson, Rancho Dominguez Preparatory School in Long Beach, and Banning High School in the Wilmington area of Los Angeles.[38] The area is within Board District 8.[39]

Circa 2019 there were plans to open a campus of the charter school Ganas Academy on the campus of the LAUSD public school Catskill Avenue Elementary School, but there was opposition to this move.[40]

Although the California Academy of Mathematics and Science is located in Carson on the campus of California State University, Dominguez Hills, it is actually a part of the Long Beach Unified School District. The school accepts residents of LBUSD, Compton USD, portions of LAUSD (including sections serving Carson), and other districts. The city operates the Carson Circuit[47] bus that serves the local community and connects to other bus and rail transit services including the Los Angeles Metro A Line at the Del Amo Station, as well as the North-South Shuttle[48] which connects Carson to the Harbor Gateway Transit Center.

Historically, the city was served by the Pacific Electric Long Beach Line. 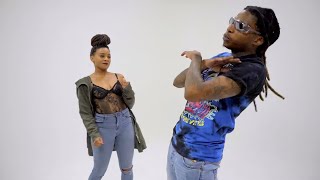 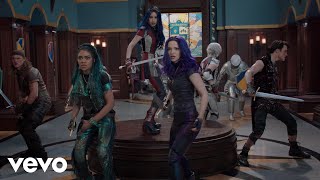 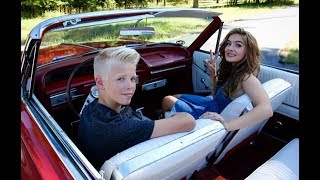 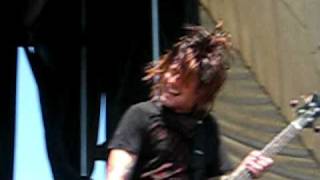 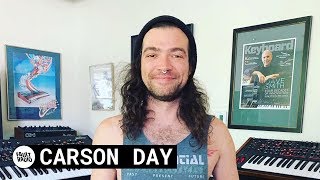 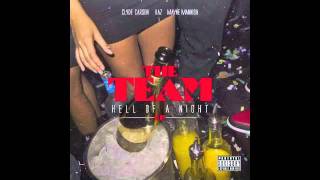 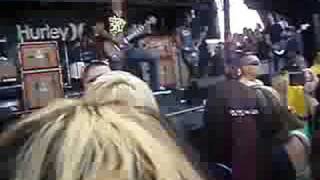 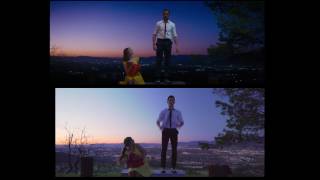 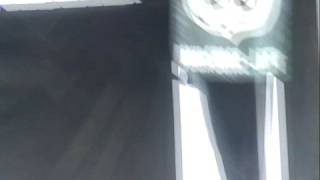 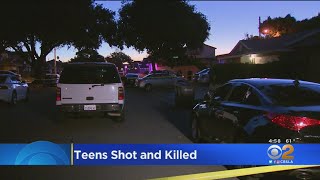 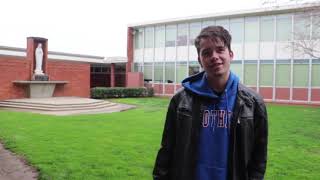 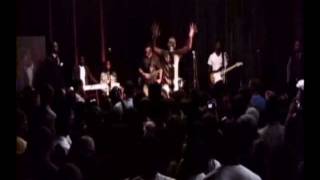 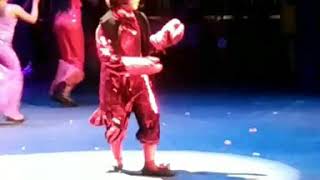 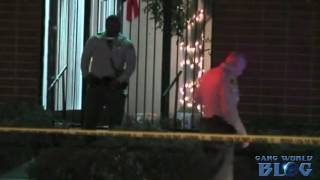 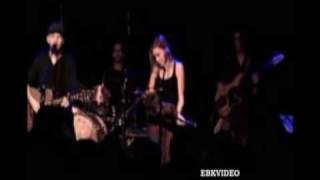 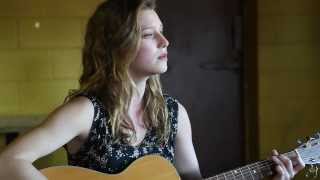 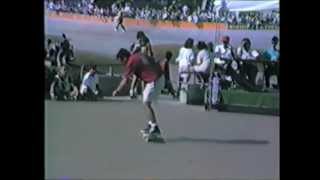 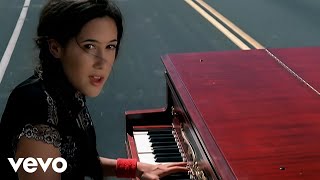