The town's population was 135,234 as of the 2010 census (an increase of 43.1% since 2000), making it the largest town and seventh-largest municipality statewide.[5] As of July 2019[update], the town's estimated population was 170,282, though Cary is still classified a town because that is how it was incorporated with the state.[6] Cary is the second most populous incorporated town (behind only Gilbert, Arizona) in the United States.

Raleigh, Durham, and Chapel Hill make up the three primary metropolitan areas of the Research Triangle metropolitan region. The regional nickname of "The Triangle" originated after the 1959 creation of the Research Triangle Park, primarily located in Durham County, four miles from downtown Durham. RTP is bordered on three sides by the city of Durham and is roughly midway between the cities of Raleigh and Chapel Hill, and the three major research universities of NC State University, Duke University, and University of North Carolina-Chapel Hill.

Effective June 6, 2003, the U.S. Office of Management and Budget (OMB) redefined the Federal statistical areas. This resulted in the formation of the Raleigh-Cary, NC Metro Area and the Durham-Chapel Hill, NC Metro Area. The Preston Clocktower in West Cary

In 1750, Cary began as a settlement called Bradford's Ordinary. About a century later, the North Carolina Railroad between New Bern and Hillsborough was constructed through the town, linking Bradford's Ordinary to a major transportation route.

Allison Francis "Frank" Page is credited with founding the town. Page was a Wake County farmer and lumberman. He and his wife, Catherine "Kate" Raboteau Page bought 300 acres (1.2 km2) surrounding the railroad junction in 1854 and named his development Cary, after Samuel Fenton Cary[10] (a former Ohio congressman and prohibitionist he admired). Page became a railroad agent and a town developer. He laid out the first streets in Cary and built a sawmill, a general store and a post office (Page became the first Postmaster). In 1868, Page built a hotel to serve railroad passengers coming through Cary. Cary was incorporated on April 3, 1871, with Page becoming the first mayor.[11] In 1879, the Raleigh and Augusta Air-Line Railroad (later the Seaboard, now CSX Transportation) arrived in Cary from the southwest, creating Fetner Junction just north of downtown and spurring further growth.

In the early years, Cary adopted zoning and other ordinances on an ad-hoc basis to control growth and give the town structure. Beginning in 1971, the town created Planned Unit Development (PUD) zoning to accommodate population growth related to the growth of Research Triangle Park nearby. A PUD allows a developer to plan an entire community before beginning development, thus allowing future residents to be aware of where churches, schools, commercial and industrial areas will be located well before such use begins. Kildaire Farms, a 967-acre (3.9 km2) Planned Unit Development in Cary, was North Carolina's first PUD. It was developed on the Pine State Dairy Farm by Thomas F. Adams, Jr. Adams named a section of Kildaire Farms "Farmington Woods" in their honor.

Located in the Piedmont region of the eastern United States, Cary is near North Carolina's Research Triangle. It is bordered on the north and east by Raleigh, on the north and west by Research Triangle Park and Morrisville, on the south by Apex and Holly Springs, and on the west by the Jordan Lake area. The town is hilly, with much of the undeveloped land covered in dense woods. Several creeks and small lakes dot the area, most notably Lake Crabtree in the north.

Nearly all of Cary is in western Wake County, with neighborhood-sized sections in the northeast corner of Chatham County.[13]

Cary has a humid subtropical climate (Cfa) under the Köppen climate classification system. It receives hot summers and mildly cold winters, with several months of pleasant weather each year. Temperature extremes here range from the negatives to over 100 degrees Fahrenheit. Hurricanes and tropical storms can affect Cary, usually after weakening substantially from being over land. Some, such as Hurricane Fran in 1996, have caused great damage in the area. Snow falls every year, averaging approximately six inches annually.

Cary is divided into distinct east and west sections. The eastern side contains the downtown area as well as the town's neighborhoods. Several of the town's iconic buildings, such as the Ashworth Drug Store, Fidelity Building, and Page-Walker Hotel are in the eastern part of town. The western side holds mostly residences and shopping. Almost completely suburbanized, the area features sprawling neighborhoods, parks, and lakes.

More than two-thirds (68.0%) of Cary residents (aged 25 and older) hold an associate degree or higher, and 60.7% of adults possess a bachelor's degree or higher. Cary has one of the lowest crime rates (79% less than North Carolina) in the state for municipalities of its size.[21][22] The home ownership rate (owner-occupied housing units to total units) is 72.8%.

In 2013, Cary moved up in the latest rankings of safe U.S. cities and is now considered the third-safest among municipalities with populations of 100,000 to 499,999, behind Amherst, New York, and Irvine, California, according to CQ Press, publisher of the annual "City Crime Rankings 2008-2009: Crime in Metropolitan America."

According to the Cary's 2020 Comprehensive Annual Financial Report,[23] the top employers in the town are:

Cary has a council-manager government; the mayor and council members serve a four-year term, with half of the council seats being up for election each odd-numbered year. Four of the six council seats are elected by single-member districts; the remaining two seats are elected as at-large representatives, meaning they must attract a majority of votes across the whole town.

On October 9, 2007, Harold Weinbrecht defeated incumbent Mayor Ernie McAlister in the 2007 mayoral election. Citizen concerns that rapid growth was adversely affecting infrastructure and environment over the effect rapid growth was having on the town, especially on roads, schools, and the environment, led to McAlister's ouster.[53]

On December 26, 2009, The Nation reported that Immigration and Customs Enforcement (ICE) had secret prisons in the United States, where it held suspected illegal immigrants indefinitely before deportation. It reported that at least one of these secret federal prisons is allegedly located in an office building in Cary.[54] Part of the federal government's Department of Homeland Security, ICE has leased an office in Cary for more than 10 years. The town says that no detainees are kept at this location overnight. Other than protesters of punitive ICE policies picketing the facility, the town does not acknowledge any issues associated with the Cary ICE office.[55] Based in Cary, the Wake County Public School System is the largest public school system in North Carolina.[59]

Public transit within the town is provided by GoCary, with six fixed-routes.[60] There is a door-to-door service for the senior citizens (60+) and riders with disabilities.[61] GoTriangle operates fixed-route buses that serve the metropolitan region and connect to the local municipal transit systems in Raleigh, Durham and Chapel Hill.[62]

In 2010 the League of American Bicyclists designated Cary as one of the fourteen recipients of the first Bicycle-Friendly Community awards for "providing safe accommodation and facilities for bicyclists and encouraging residents to bike for transportation and recreation".[63]

Cary Greenways and Trails maintains a network of sidewalks and paved trails connecting neighborhoods and parks throughout the town.[63] These greenways place strict requirements on environmental conditions to preserve a park-like atmosphere. In addition, standard sidewalks and paths exist throughout the town. The American Tobacco trail also runs through parts of Cary. 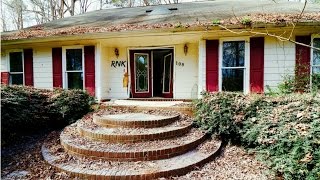 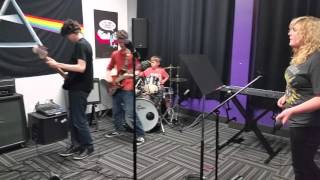 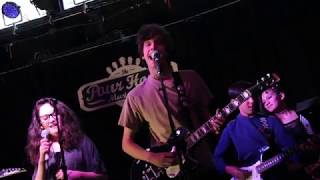 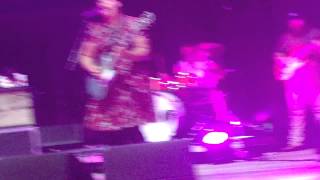 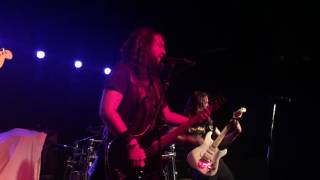 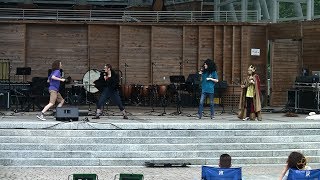 Some of the pre-show for VIPs at the the Weird Al Show in Cary, NC, June 18
Watch   Add to List   Share 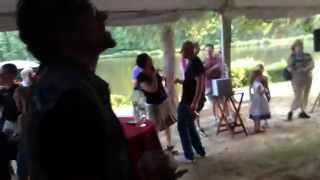 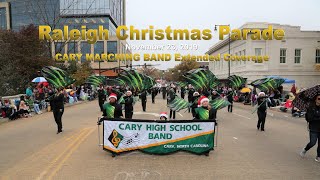 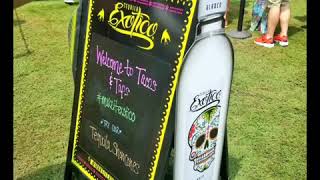 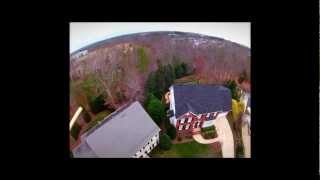 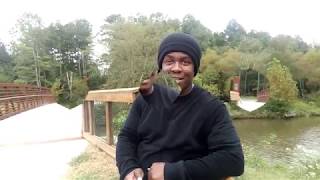 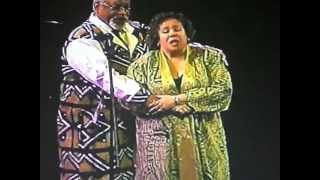 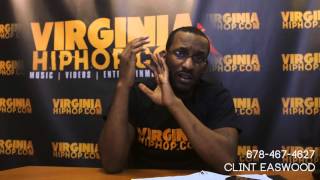 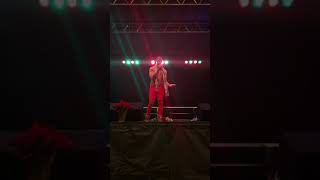 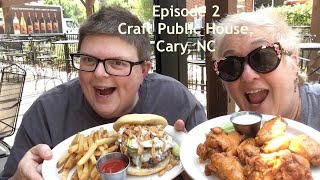 Sarah Kaboom Takes Us Behind The Scenes at Kuttin Edge Studios in Cary, NC
Watch   Add to List   Share 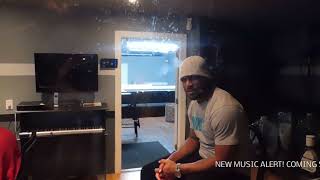 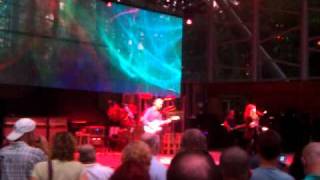