Claremont is a suburban city on the eastern edge of Los Angeles County, California, United States, 30 miles (48 km) east of downtown Los Angeles. It is in the Pomona Valley, at the foothills of the San Gabriel Mountains. As of the 2010 census it had a population of 34,926,[8] and in 2019 the estimated population was 36,266.[9]

Claremont is the home of the Claremont Colleges and other educational institutions, and the city is known for its tree-lined streets with numerous historic buildings.[10] Because of this, it is sometimes referred to as "The City of Trees and Ph.Ds."[1] In July 2007, it was rated by CNN/Money magazine as the fifth best place to live in the United States, and was the highest rated place in California on the list.[11] It was also named the best suburb in the West by Sunset Magazine in 2016, which described it as a "small city that blends worldly sophistication with small-town appeal."[12][13] In 2018, Niche rated Claremont as the 17th best place to live in the Los Angeles area out of 658 communities it evaluated, based on crime, cost of living, job opportunities, and local amenities.[14]

The city is primarily residential, with a significant portion of its commercial activity located in "The Village," a popular collection of street-front small stores, boutiques, art galleries, offices, and restaurants adjacent to and west of the Claremont Colleges. The Village was expanded in 2007, adding a controversial[15][16] multi-use development that includes an indie cinema, a boutique hotel, retail space, offices, and a parking structure on the site of an old citrus packing plant west of Indian Hill Boulevard.

Claremont has been a winner of the National Arbor Day Association's Tree City USA award for 22 consecutive years. When the city incorporated in 1907, local citizens started what has become the city's tree-planting tradition. Claremont is one of the few remaining places in North America with American Elm trees that have not been exposed to Dutch elm disease. The stately trees line Indian Hill Boulevard in the vicinity of the city's Memorial Park. Claremont was first mapped out by developers in a land boom precipitated by the arrival of transcontinental railroads to Southern California.[17] It was likely named after Claremont, New Hampshire.[18] The early history of the city was closely tied to that of Pomona College, which moved there in 1889.[19] In 1902, a town meeting vote established that east-west streets would be numbered and north-south streets named after colleges and universities.[20] The city was incorporated in 1907.[21]

The citrus groves and open space which once dominated the northern portion of the city have been replaced by residential developments of large homes.[18] Construction of Stone Canyon Preserve, one of the final residential tract developments in the north of the city, commenced in 2003 as part of a complicated agreement between Pomona and the City of Claremont which resulted in the creation of the 1,740-acre (7.0 km2) Wilderness Park. The foothill area also includes the Padua Hills Theatre (a historic site constructed in 1930) and the Claraboya residential area. According to the United States Census Bureau, the city has a total area of 13.35 square miles (34.6 km2), of which 13.3 square miles (34 km2) is land and 0.05 square miles (0.13 km2) (1.03%) is water. Claremont is located at the eastern end of Los Angeles County and borders the cities of Upland and Montclair in San Bernardino County, as well as the cities of Pomona and La Verne in Los Angeles County. It is geographically located in the Pomona Valley.[22] Claremont is approximately 30 miles (48 km) east of downtown Los Angeles.

Claremont has a Mediterranean climate (Köppen climate classification Csa). In the summer months, temperatures may get very hot, sometimes rising above 100 °F (38 °C). In the autumn months, Claremont can experience the gusty "Santa Ana Winds", which can bring fire danger to nearby foothill areas. In the winter months, most of the city's annual rainfall occurs, which is typical around the Los Angeles metropolitan area. Snow is rare in Claremont, but can be viewed in the nearby San Gabriel Mountains in winter. In spring, Claremont can receive many overcast days due to the strong onshore flow from the ocean, this is typically called "May Gray" or "June Gloom" in the region.

31.3% of households included children under the age of 18. 55.7% were married couples living together, 10.4% had a female householder with no husband present, and 30.8% were non-families. 24.9% of all households were made up of individuals, and 10.6% had someone living alone who was 65 years of age or older. The average household size was 2.56 and the average family size was 3.08. The Verbal Building in the Claremont Village, used today as a restaurant

According to the city's 2009 Comprehensive Annual Financial Report,[28] the top employers in the city are:

Claremont has been praised for its vibrant arts and culture scene.[29]

Local museums include the Raymond M. Alf Museum of Paleontology at The Webb Schools (the only high school in the United States to own and host a nationally accredited museum on campus[30]) and the Benton Museum of Art at Pomona College.[]

Each July, Ophelia's Jump Productions presents their annual Midsummer Shakespeare Festival at The Sontag Outdoor Theatre in Pomona College. Productions are performed in repertory with local community and civic events and festivities.

The Claremont Village hosts a Pie Day Festival every March 14. In past years, attendees could collect pie recipes as they walked around downtown Claremont and checked out different stores.[31]

In 2019, Claremont made national news after the Claremont United Methodist Church unveiled a nativity scene depicting Joseph, Mary, and baby Jesus separated and locked up in individual chain-link pens. This was done to reflect the plight of immigrants and asylum seekers on the U.S. Southern Border in 2019. The Church had constructed similarly non-traditional nativity scenes in prior years. [32] The other high school in Claremont is The Webb Schools, a collective name for two private college preparatory schools for grades 9-12, founded by Thompson Webb in 1922. The two schools, officially the Webb School of California (boy's school) and the Vivian Webb School (girl's school), share the same campus in northwest Claremont. The Webb Schools is also home to the Raymond M. Alf Museum of Paleontology, America's only accredited museum located on a high school campus.

Private educational institutions host approximately 6,500 students every year from across the country and around the world. The Claremont Colleges, a consortium of seven schools of higher education, include five undergraduate institutions--Pomona College (founded in 1887), Scripps College (1926), Claremont McKenna College (1946), Harvey Mudd College (1955), and Pitzer College (1963)--and two graduate institutions--Claremont Graduate University (1925) and the Keck Graduate Institute of Applied Life Sciences (1997). Many of these schools are consistently rated among the best in the nation.

Just north of Foothill Boulevard is the college-owned Robert J. Bernard Field Station, which preserves natural coastal sage scrub on its property. The Claremont School of Theology and Claremont Lincoln University, two other schools of higher education, share some resources with the Claremont Colleges, but are separate entities.

The Claremont Courier is widely regarded as Claremont's newspaper of record.[39] In 2018, the Courier was named the top community newspaper in California by the California News Publisher's Association.[40]

There are also several media outlets based at the Claremont Colleges, including The Student Life, the oldest college newspaper in Southern California,[41] and the radio station KSPC. Claremont will also connect with the Metro Gold Line once the Gold Line Foothill Extension is complete in 2026.[43] This extension will also provide service to L.A. Union Station via Pasadena.

FlixBus utilizes a stop adjacent to the Claremont Metrolink Station. 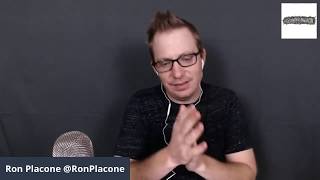 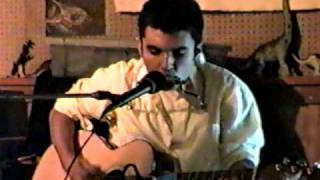 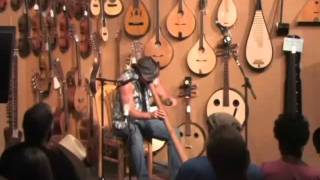 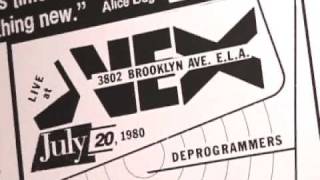 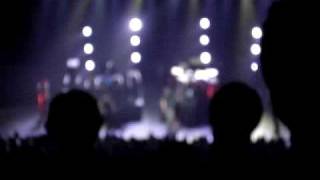 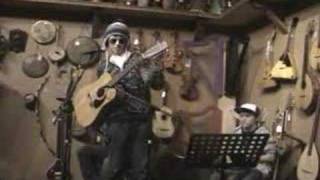 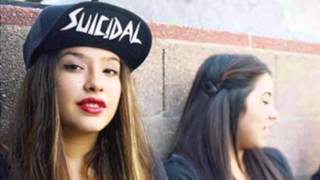 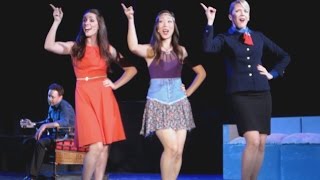 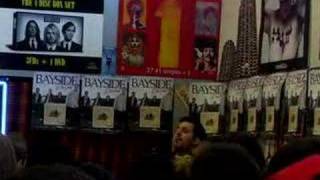 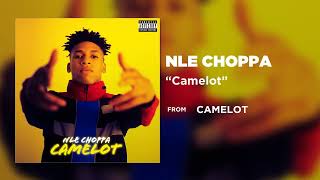 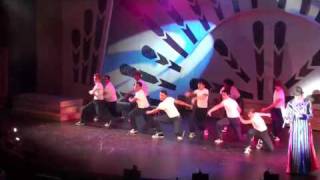 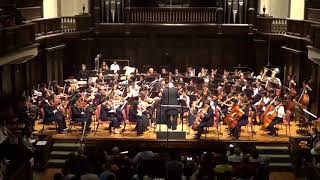 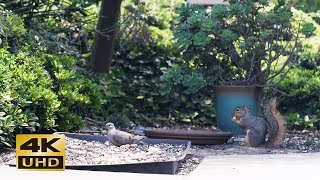 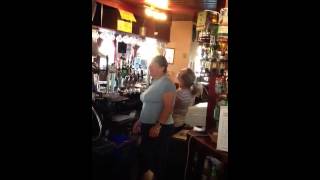 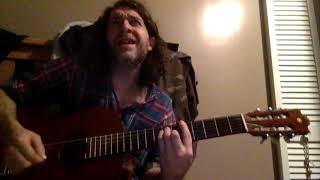 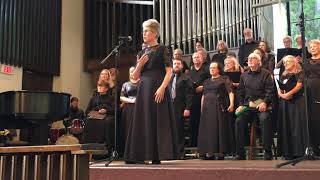 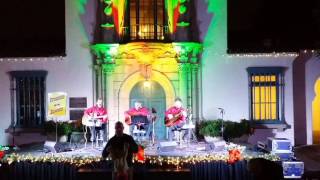 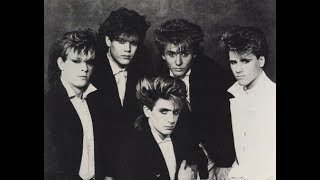 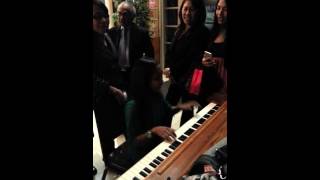