Germany has officially participated in every Eurovision Song Contest since its beginning in 1956, except in 1996 when its entry did not qualify past the audio-only pre-selection round, and consequently was not seen in the broadcast final and does not count as one of Germany's 64 appearances. No other country has been represented as many times. Along with France, Italy, Spain and the United Kingdom, Germany is one of the "Big Five" countries that are automatically prequalified for the final, due to being the largest financial contributors to the European Broadcasting Union (EBU). The final is broadcast in Germany on ARD flagship channel, Das Erste. Germany has won the contest twice, in 1982 and 2010.

Having not reached the top-ten in 12 of the last 17 contests (2005-21), Michael Schulte achieved Germany's second-best result of the 21st century, by finishing fourth at the 2018 contest. Although German contestants have had varied levels of success, public interest remains high and the contest is one of the most-watched events each year.

Since 1996, ARD consortium member Norddeutscher Rundfunk (NDR) has been responsible for Germany's participation in the contest. The Eurovision Song Contest semi-final is broadcast on NDR Fernsehen (One and Phoenix in recent years), and the final is broadcast on Das Erste, the flagship channel of ARD.

The German representative in the contest is usually chosen during a national selection, broadcast on public television channel Das Erste, which is organized by one of the nine regional public broadcasting organizations of the ARD; from 1956 to 1978, Hessischer Rundfunk (HR); from 1979 to 1991 Bayerischer Rundfunk (BR); from 1992 to 1995, by Mitteldeutscher Rundfunk (MDR) and since 1996, by Norddeutscher Rundfunk (NDR). Between 2010 and 2012, private broadcaster ProSieben worked in partnership with NDR.

Germany has often changed the selection process used in order to find the country's entry for the contest, either a national final or internal selection (occasionally a combination of both formats) has been held by the broadcaster at the time.

Germany is one of the founding countries of the Eurovision song contest.[3]

ARD had selected an artist and song to represent them at the Eurovision Song Contest 1996, to be held in Oslo, Norway. Due to the large number of countries wanting to compete at Eurovision, they determined that only 23 of the 30 countries could compete. Hosts Norway qualified automatically, the other 29 songs went into an audio-only pre-qualification round, with the top 22 going on to compete alongside Norway in Oslo. Unfortunately for Germany its entry, Leon with "Planet of Blue", failed to earn enough points to progress to the final, finishing 24th. ARD and the EBU were not happy with this, as Germany was the biggest financial contributor at the time. This is the only time that Germany has been absent from the contest.

In the 2000s, Germany has been notable for their adoption of musical styles which are not typical of Eurovision, such as country and western (Texas Lightning - "No No Never" in 2006) and swing (Roger Cicero - "Frauen regier'n die Welt" in 2007 and Alex Swings Oscar Sings - "Miss Kiss Kiss Bang" in 2009). Germany had some successes throughout the decade, Lou - "Let's Get Happy" came in 11th place out of 26 in 2003. Germany tied for last in 2008 for points, but was awarded 23rd of 25 places when the results were posted. In 2009, ARD held an internal selection for the first time since 1995 due to lack of interest and viewing figures of the German national finals.[4] Alex Christensen and Oscar Loya were selected to represent Germany at the 2009 contest, where they performed on stage with burlesque artist Dita von Teese. However they only managed to receive 35 points, placing 20th of 25 competing countries.

In 2010, ARD approached former entrant and songwriter Stefan Raab and private network ProSieben to co-operate in finding a winning entry for the country. It has been said that Raab was approached due to his good record at the contest, finishing 5th in 2000 as well as writing entries in 1998 and 2004, which finished 7th and 8th, respectively. Raab agreed and conducted a TV casting show called Unser Star für Oslo (Our star for Oslo) which was broadcast on ARD and ProSieben. A winner arose in Lena Meyer-Landrut with "Satellite", who went on to win the contest. Two further collaborations with ProSieben provided the second and third top ten result in a row respectively in 2011 (Lena Meyer-Landrut with "Taken by a Stranger") and 2012 (Roman Lob with "Standing Still").

Germany's luck changed in 2018, when Michael Schulte brought them back to the top 5 for the first time since 2010 with "You Let Me Walk Alone," finishing in fourth place. This is the first time since 2012 that more than one country from the Big 5 has made the top ten (with Italy finishing fifth) and the second time (after 2002) that two Big 5 countries have made the top five since the establishment of the rule. The year after, the duo S!sters with the song "Sister" was not able to replicate the same success, receiving nul points from the televote to finish in 25th place overall with 24 points.

Germany and the "Big Five"

Since 2000, Germany, Spain, France and the United Kingdom have automatically qualified for the Eurovision final, regardless of their results in previous contests.[5] These countries earned this status by being the four biggest financial contributors to the EBU, and due to their untouchable status, became known as the "Big Four". In 2009, it was reported that the Big Four could lose their status and be forced to compete in the semi-finals;[6] however, this never materialised, and the rule remained in place.[7] When Italy returned to the contest in 2011, it was given the same untouchable status, thus upgrading the countries to members of a "Big Five".[8][9]

Germany was the first Big Five country to win the contest after the rule was introduced, courtesy of Lena in 2010. In terms of success, they are currently second behind Italy, who won in 2021 with Måneskin, and finished second in both 2011 with Raphael Gualazzi and in 2019 with Mahmood. However, taking into account Italy's absence from the contest for the first eleven years of the rule's existence, Germany remains the only country to have won out of the original "Big Four".

Additionally, several German conductors have conducted for other countries (not counting instances where a German musical director had to step in for another country that didn't bring their own conductor), including:

Over the years ARD commentary has been provided by several experienced radio and television presenters, including Ado Schlier, Thomas Gottschalk, Jan Hofer, Wolf Mittler, Fritz Egner and Werner Veigel. However Peter Urban provided ARD TV commentary every year since 1997, however due to his health issues in 2009 he was forced to step down as role as German commentator with HR disc jockey Tim Frühling filling in to commentate at Moscow. Urban returned to commentate for Germany in 2010.[21] In 2020, Michael Schulte was set to commentate the contest together with Urban. Both of them commentated the replacement show Eurovision: Europe Shine a Light instead, as well as the show "Eurovision Song Contest 2020 - Das deutsche Finale" from the Elbphilharmonie in Hamburg. 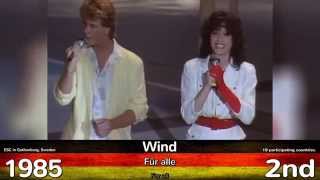 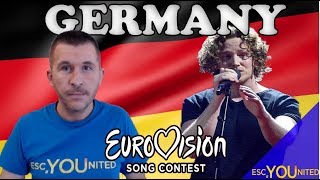 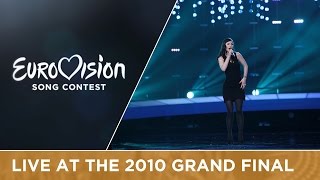 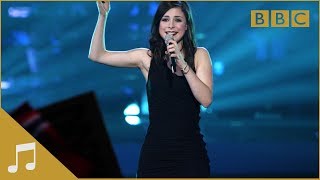 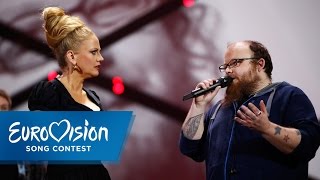 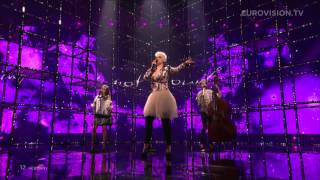 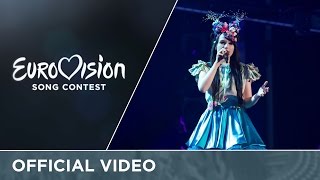 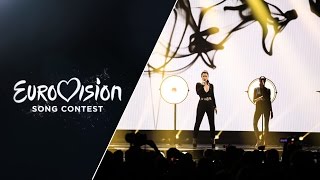 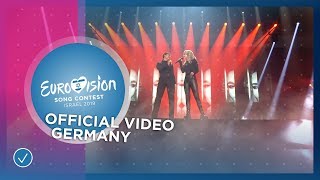 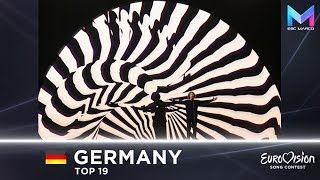 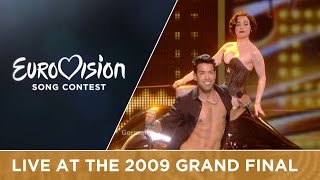 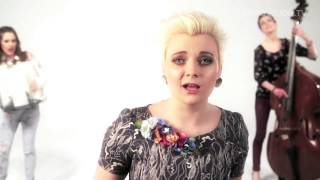 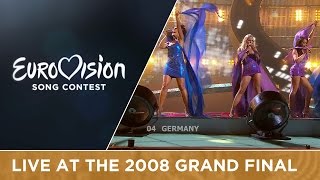 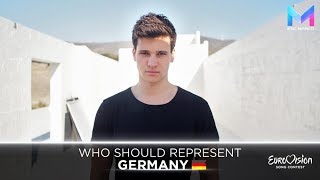 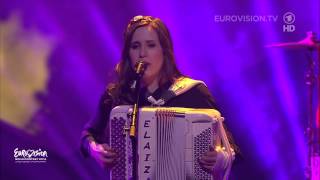 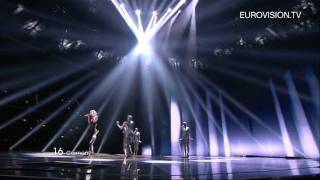 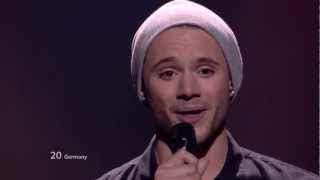 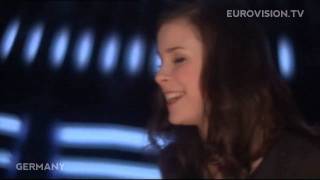 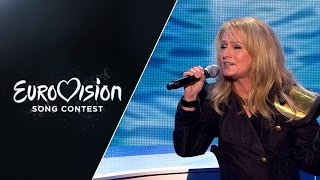