Gilbert is a town in Maricopa County, Arizona, United States, located southeast of Phoenix within the city's metropolitan area. Once known as the "Hay Shipping Capital of the World",[5] it is the fifth-largest municipality in Arizona, and the fourth-largest in the Phoenix metro area. It covers an area of nearly 69 square miles (179 km2).

Gilbert has made a rapid transformation from an agriculture-based community to an economically diverse suburban center located in the southeastern valley of the Greater Phoenix area. It has grown at an extremely high rate over the last three decades, increasing in population from 5,717 in 1980 to 243,254 as of the 2020 census. The town grew at an average annual rate of nearly 13% during this 30-year period. In 2019, the town's population was estimated to be 254,114. It is the largest incorporated town in the United States.

Gilbert was established by William "Bobby" Gilbert, who provided land to the Arizona Eastern Railway in 1902 to construct a rail line between Phoenix and Florence, Arizona. Ayer's Grocery Store, the first store in Gilbert, opened in 1910 and became the location of the first post office in 1912. The location of the town post office moved several times before settling on the east side of Gilbert Road in downtown, where it still stands today. In 1912, many Mormons who had fled the Mormon colonies in Mexico due to the actions of the forces of Pancho Villa settled in Gilbert. By 1915, they began holding church meetings at the Gilbert Elementary School. In 1918, they were organized into the Gilbert Ward.[6]

Incorporated in July 1920, Gilbert was primarily a farming community fueled by the rail line and construction of the Roosevelt Dam and the Eastern and Consolidated Canals. It remained an agricultural town for many years and was known as the "Hay Capital of the World"[7] from 1911 until the late 1920s.

In 2019, the town featured highly on three national surveys, related to safety, livability and family life; it was named the fourth-safest (of 182 communities), twelfth-most livable town, and seventh-best place to raise a family in the United States.[8]

Gilbert is located in the southeast portion of the Phoenix metropolitan area. It is south of Mesa and northeast of Chandler.[9]

Gilbert has a subtropical, hot desert type of climate (Köppen climate classification BWh) with dry and hot summers, and mild to warm winters, with little rainfall. A waterfront in the Val Vista Lakes community in Gilbert The Liberty Market with the Gilbert water tower (in background), pictured in March 2009 According to Nielsen's Claritas demographics,[13] in 2009 the estimated racial makeup of the town was:

Various religious denominations are represented in Gilbert. The town has been known for its high population of members of The Church of Jesus Christ of Latter-day Saints, a fact evidenced by the building of the Gilbert Arizona Temple, which was dedicated on March 2, 2014.[14][15]

According to the town's 2013 Comprehensive Annual Financial Report,[16] the top employers in the city are:

Additional employers noted in a 2019 report were Dignity Health, employing about 1,000; and Isagenix International, a marketing company employing >700.[8]

These performers have been associated with Gilbert:

Gilbert is home to a 9/11 Memorial, located at Town Hall,[19] that features an eight-foot steel girder beam[20] which held up the North Tower of the World Trader Center.[21] Former Gilbert Fire Chief Collin DeWitt fundraised extensively for three years to create the memorial, and to bring the beam from New York City to Arizona. He drove to collect it himself along with his then Assistant Fire Chief Jim Jobusch.[22]

The design of the memorial angles the beam, which puts it in reach of everyone. Four granite walls bear the names of those lost to the attacks.[23] Concrete was poured in the shape of a pentagon for the foundation of the memorial,[24] and it is surrounded by bricks which carry names of some of those who helped to donate to bring the memorial to life. There was an unveiling ceremony of the memorial on the 10th anniversary of the attack on September 11, 2011.[25]

Gilbert was recognized in 2010 as the "36th Best Place to Live in the nation",[26] as well as among the nation's "top places to live and learn",[26] by GreatSchools.org. Washington, DC-based CQ Press rated Gilbert the "safest municipality in Arizona, and 25th safest in the nation."[27]

Since Gilbert remains incorporated as a town, it lacks the additional powers possessed by nearby Mesa and Chandler, which are incorporated as cities. For instance, Arizona towns do not have as much power to regulate utilities and construction within their borders as cities possess.[28] Unlike most of its neighboring communities, Gilbert is theoretically vulnerable to annexation.[29]

The town is part of Arizona's 5th congressional district, which is represented by Republican and Gilbert resident Andy Biggs.[30] The mayor of Gilbert is Brigette Peterson.[2]

Gilbert is rated as a town of relatively low crime. According to FBI records, Gilbert was the largest town in the United States with zero murders in 2005, 2007, and 2014.[]

Most of Gilbert is zoned to schools in the Gilbert Public Schools, while other portions are zoned to districts including the Chandler Unified School District, Mesa Public Schools, and the Higley Unified School District. Also in Gilbert are charter schools such as Eduprize (the first charter school in Arizona), American Leadership Academy, and Legacy Traditional School. The town is also home to Gilbert Christian Schools, a chain of private schools. In 2018, the Park University opened the Gilbert Campus Center after leasing 18,000-square-foot (1,700 m2) at the University Building in the city's Heritage District.[31]

Gilbert is primarily served by one area freeway--the Santan Freeway portion of Loop 202. A small section of the US 60 Superstition Freeway also skirts the northern boundary of the town at the Higley Road interchange (Exit 186). Several regional arterials also serve the area, including Williams Field Road, Chandler Boulevard, and Gilbert Road. The town enjoys relative closeness to Phoenix Mesa Gateway Airport, which is located in east Mesa, and is a 25-minute drive from Phoenix Sky Harbor International Airport.

Recently, a park-and-ride facility was constructed in downtown Gilbert for bus service and future commuter rail service. Although the facility borders the Union Pacific (formerly Southern Pacific) tracks and has provisions for commuter rail service, there is currently no such service. Bus service is limited in Gilbert, with some north-south routes in Mesa dead-ending at Baseline Road before entering Gilbert. Routes that serve portions of Gilbert include the 108-Elliot Road, 112-Country Club/Arizona Avenue, 136-Gilbert Road, 140-Ray Road, 156-Chandler Boulevard/Williams Field Road, 184-Power Road, and 531-Mesa/Gilbert Express, with most of these routes operating at 30-minute frequency on weekdays. Sunday service is only available on Routes 108, 112, 156, and 184. Most people get around by cars or bikes. The city of Gilbert has a low percentage of households without a car. In 2015, 1.9 percent of Gilbert households lacked a car, and the figure was virtually unchanged in 2016 (1.7 percent). The national average was 8.7 percent in 2016. Gilbert averaged 2.08 cars per household in 2016, compared to a national average of 1.8.[32]

The parks Gilbert Regional Park and Desert Sky Park were established in 2019 with multi-million dollar investments.[8]

The following is a brief description of the historic structures which are pictured. Some of these structures are listed in the National Register of Historic Places while others are listed as historical by the Gilbert Heritage District.[34][35] 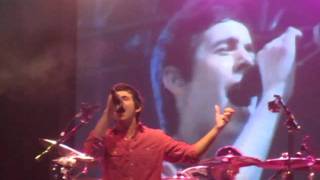 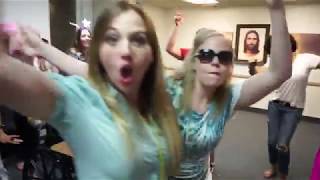 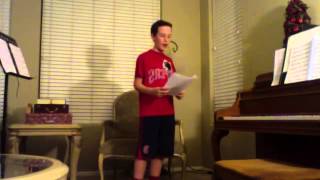 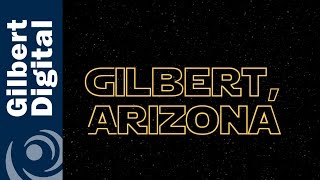 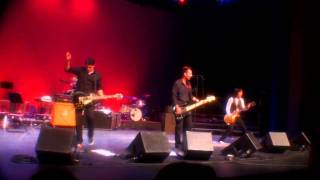 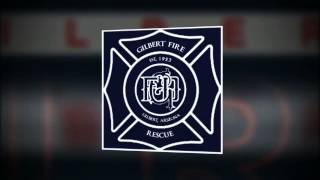 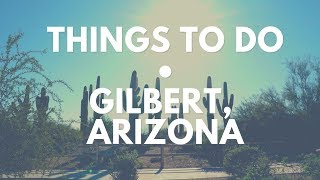 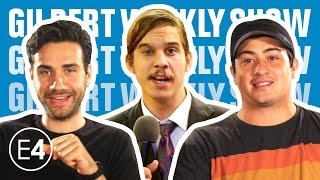 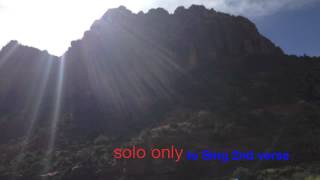 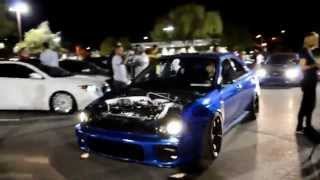 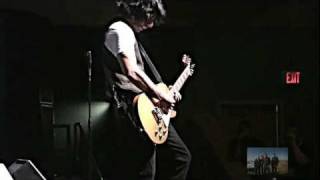 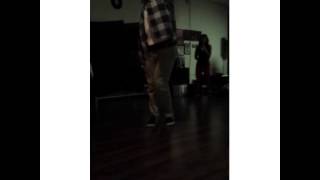 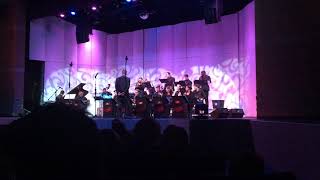 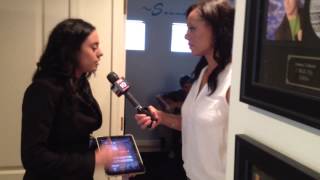 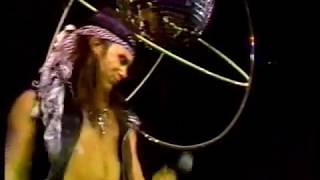 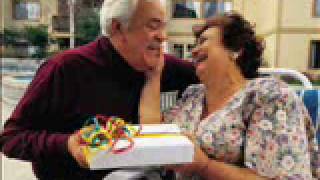 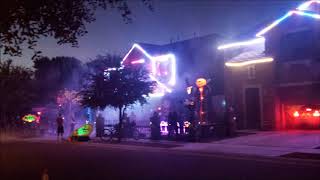 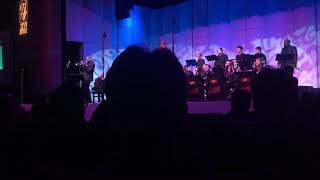