Hilo (Hawaiian pronunciation: ['hilo]) is a census-designated place (CDP) and the largest city in Hawaii County, Hawaii, United States, which encompasses the Island of Hawaiʻi. The population was 43,263 according to the 2010 census.[1]

Hilo is the county seat of the County of Hawaiʻi and is in the District of South Hilo.[2] The city overlooks Hilo Bay, at the base of two shield volcanoes, Mauna Loa, an active volcano, and Mauna Kea, a dormant volcano. Mauna Kea is the site of some of the world's most important ground-based astronomical observatories. Much of Hilo is at risk from lava flows from Mauna Loa, with the bay-front being twice destroyed by tsunamis. The majority of human settlement in Hilo stretches from Hilo Bay to Wai?kea-Uka, on the flanks of the volcanoes.

Hilo is home to the University of Hawaiʻi at Hilo, ?Imiloa Astronomy Center, as well as the Merrie Monarch Festival, a week-long celebration of ancient and modern hula that takes place annually after Easter. Hilo is also home to the Mauna Loa Macadamia Nut Corporation, one of the world's leading producers of macadamia nuts. Hilo is served by Hilo International Airport.[3]

Around 1100 AD, the first Hilo inhabitants arrived, bringing with them Polynesian knowledge and traditions. Although archaeological evidence is scant, oral history has many references to people living in Hilo, along the Wailuku and Wailoa rivers during the time of ancient Hawaii.[4] Oral history gives the meaning of Hilo as "to twist".[5]

Originally, the name "Hilo" applied to a district encompassing much of the east coast of the island of Hawaiʻi, now divided into the District of South Hilo and the District of North Hilo. When William Ellis visited in 1823, the main settlement there was Wai?kea on the south shore of Hilo Bay.[6] Missionaries came to the district in the early-to-middle 19th century, founding Haili Church.

Hilo expanded as sugar plantations in the surrounding area created jobs and drew in many workers from Asia. For example, by 1887, 26,000 Chinese workers worked in Hawai'i's sugar cane plantations,[7] one of which was the Hilo Sugar Mill. At that time, the Hilo Sugar Mill produced 3,500 tons of sugar annually.[8]

A breakwater across Hilo Bay was begun in the first decade of the 20th century and completed in 1929. On April 1, 1946, a 7.8-magnitude earthquake near the Aleutian Islands created a 46-foot-high (14 m) tsunami that hit Hilo 4.9 hours later, killing 160 people. In response, an early warning system, the Pacific Tsunami Warning Center, was established in 1949 to track these killer waves and provide warning. This tsunami also caused the end of the Hawaii Consolidated Railway, and instead the Hawaii Belt Road was built north of Hilo using some of the old railbed.[9]

On May 22, 1960, another tsunami, caused by a 9.5-magnitude earthquake off the coast of Chile that day, claimed 61 lives,[10] allegedly due to the failure of people to heed warning sirens. Low-lying bayfront areas of the city on Wai?kea peninsula and along Hilo Bay, previously populated, were rededicated as parks and memorials.

Hilo expanded inland beginning in the 1960s. The downtown found a new role in the 1980s as the city's cultural center with several galleries and museums opening; the Palace Theater reopened in 1998 as an arthouse cinema.

Closure of the sugar plantations (including those in H?m?kua) during the 1990s hurt the local economy, coinciding with a general statewide slump.[11] Hilo in recent years has seen commercial and population growth.[12]

Hilo has a tropical rainforest climate (Köppen Af), with substantial rainfall throughout the year. Its location on the windward coast (relative to the trade winds), makes it the fourth-wettest city in the United States, behind the southeast Alaskan cities of Whittier, Ketchikan and Yakutat, and one of the wettest in the world. An average of around 126.72 inches (3,220 mm) of rain fell at Hilo International Airport annually between 1981 and 2010, with 272 days of the year receiving some rain.[15] Rainfall in Hilo varies with altitude, with more at higher elevations. At some weather stations in upper Hilo the annual rainfall is above 200 inches (5,100 mm).[16]

Hilo's location on the shore of the funnel-shaped Hilo Bay also makes it vulnerable to tsunamis.[19]

Pride of America docked at Hilo Harbor; Hilo International Airport runway is visible in the background

Hilo is served by the county Hele-On Bus.[23]

Although sometimes called a city, Hilo is not an incorporated city, and does not have a municipal government. The entire island, which is between the slightly larger state of Connecticut and smaller Rhode Island in size, is under the jurisdiction of the County of Hawaiʻi, of which Hilo is the county seat.

Hilo is home to county, state, and federal offices.

The oldest city in the Hawaiian archipelago, Hilo's economy was historically based on the sugar plantations of its surrounding areas, prior to their closure in the 1990s.[11]

While Hilo has a fairly significant tourism sector,[25] it gets less than half the annual visitors as the western coast of the Big Island, which has much sunnier weather and significantly less rain, with sandy and swimmable beaches and numerous major resorts.[11]

A main source of tourism in Hilo is the annual week-long Merrie Monarch Festival, the world's preeminent hula competition and festival, which brings in visitors and participants from all over the world.[25] It is held in the spring of each year beginning on Easter Sunday.

The local orchid society hosts the largest and most comprehensive orchid show in the state, the annual Hilo Orchid Show, which has been presented since 1951 and draws visitors and entrants worldwide.[26][27][28]

Hilo is home to Hawaii's only tsunami museum, mostly dedicated to the 1946 Pacific tsunami, and is notable for the banyan trees planted by Babe Ruth, Amelia Earhart and other celebrities. It is home to the Pana'ewa Rainforest Zoo, shopping centers, cafés and other eateries, movie theaters, hotels, restaurants, and a developed downtown area with a Farmers Market.[11] Downtown Hilo is bounded approximately by the Wailuku River, Kamehameha Avenue, Ponahawai Street, and Kapiolani Street.[29]

The Mauna Loa Macadamia Nut Corporation is in Hilo, south of the main town off Hawaii Route 11, north of Keaʻau.

Hilo is home to most of the astronomical observatories on Mauna Kea as well as the ?Imiloa Planetarium and Museum. Astronomy has an economic impact of $100 million annually on the island.[30] Astronomy on Mauna Kea was developed at the invitation of the Hawaii Chamber of Commerce following the collapse of the sugar cane industry.[31]

The Hawaii Tribune-Herald, of Oahu Publications Inc., a subsidiary of Black Press,[33] is Hilo's primary newspaper distribution company along with other newspapers like the Honolulu Star-Advertiser. (3) North Hilo and (2) South Hilo Districts are located in the east coast of Hawaii County (the Big Island). They are bordered by Hamakua District (4) in the north, and by Kau District (9) in the south and Puna District (1) in the southeast. The far inland areas are largely unpopulated, being forest reserves on the slopes of Mauna Kea and Mauna Loa.

Hilo also referred to the District of Hilo when the Big Island was divided into six districts by the traditional moku land division. Hilo is now divided in two: North and South Hilo Districts.[35]

The District of North Hilo, along Hawaii State Highway 19 from north to south, encompasses the following unincorporated towns and localities:

and others. Inland, along State Highway 200, are Mauna Kea mountain road and Puu Huluhulu and others.

In the District of South Hilo, along State Highway 19, are the following unincorporated towns and localities:

Along State Highway 11, are:

and others. Along State Highway 200 and its extension, are: 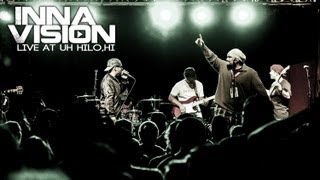 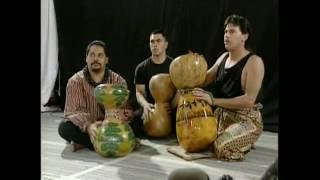 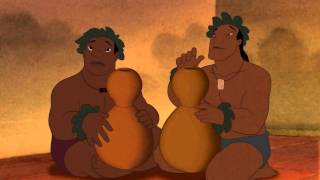 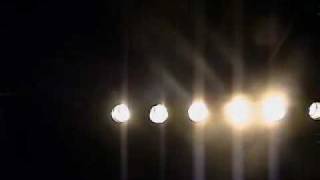 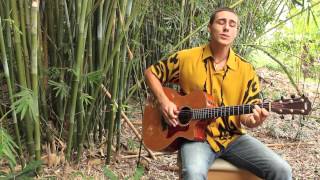 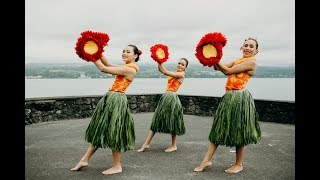 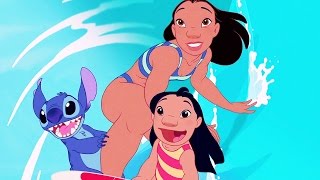 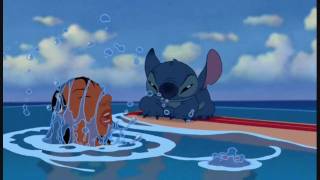 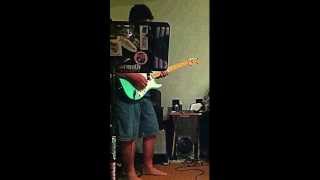 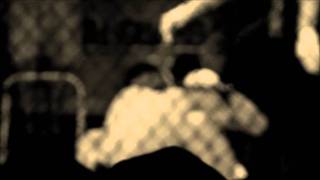 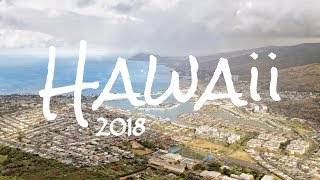 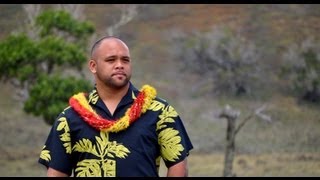 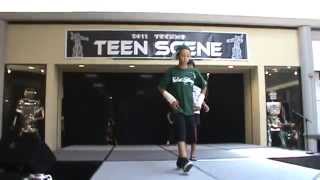 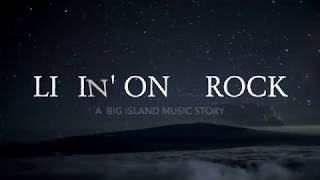 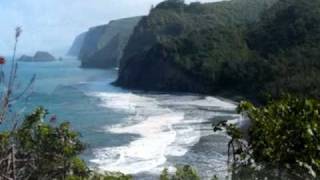 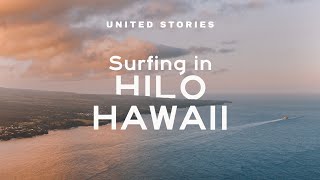 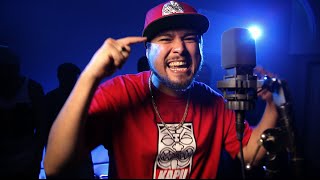 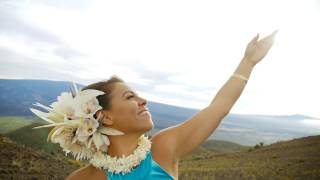 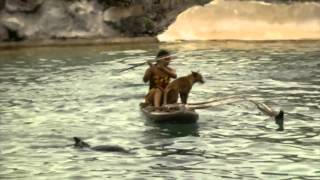