Los Gatos (,[8] Spanish: [los '?atos]; Spanish for 'The Cats') is an incorporated town in Santa Clara County, California, United States. The population is 30,222 according to the 2019 United States Census Bureau.[9][10] It is located in the San Francisco Bay Area at the southwest corner of San Jose in the foothills of the Santa Cruz Mountains. Los Gatos is part of Silicon Valley, with several high technology companies maintaining a presence there. Notably, Netflix, the streaming service and content creator, is headquartered in Los Gatos and has developed a large presence in the area.

Los Gatos is Spanish for "The Cats".[11] The name derives from the 1839 Alta California land-grant that encompassed the area, which was called La Rinconada de Los Gatos ("The Corner of the Cats"), where "the cats" refers to the cougars and bobcats that are indigenous to the foothills in which the town is located. The pronunciation is often anglicized to lawss-GAT-?s,[12] although one also hears pronunciations truer to the original Spanish, lohss-GAH-tohss.[]

The town's founding dates to the mid-1850s with the building of a flour-milling operation, Forbes Mill, by James Alexander Forbes along Los Gatos Creek. The mill's two-story stone storage annex has been preserved as a museum just off of Main Street.

The settlement that was established in the 1860s was originally named for the mill, but the name was changed to Los Gatos after the Spanish land grant. The town was incorporated in 1887 and remained an important town for the logging industry in the Santa Cruz Mountains until the end of the 19th century. In the early 20th century, the town became a thriving agricultural town with apricots, grapes and prunes being grown in the area. By the 1920s, the Los Gatos area had a local reputation as an arts colony, attracting painters, musicians, writers, actors and their bohemian associates as residents over the years. The violinist Yehudi Menuhin lived there as a boy;[13] the actresses Joan Fontaine and Olivia de Havilland (sisters) were graduates of Los Gatos High School; John Steinbeck wrote The Grapes of Wrath there (the location is now located in Monte Sereno); and Beat hero Neal Cassady lived there in the 1950s. Along with much of the Santa Clara Valley, Los Gatos became a suburban community for San Jose beginning in the 1950s, and the town was mostly built-out by the 1980s.

Downtown Los Gatos has retained and restored many of its Victorian-era homes and commercial buildings. Other notable buildings are the Forbes Mill annex, dating to 1880 and now housing a history museum; Los Gatos High School, which dates from the 1920s; and the Old Town Shopping Center, formerly the University Avenue School (the school was established in 1882; the current buildings date to 1923).

A number of brick buildings in downtown Los Gatos were destroyed or seriously damaged in the 1989 Loma Prieta earthquake, though the district was quickly rebuilt and has made a full recovery.

Rail transport played a large role in Los Gatos's historical development, but the city, as of 2020, has no regular passenger train service of any sort. The South Pacific Coast Railroad, a popular narrow-gauge line from Alameda (and San Francisco via ferry) to Santa Cruz in the late 19th century, stopped in Los Gatos.[14] Southern Pacific took over this line in 1887. Los Gatos was also near the Southern Pacific resort town of Holy City, along the rail line in the Santa Cruz Mountains. The last Southern Pacific passenger train to Santa Cruz left Los Gatos in March 1940. In town, the rail line used to run along the shore of Vasona Reservoir to the present-day location of the Post Office, following the path of what is now a continuous string of parking lots between Santa Cruz Ave. and University Ave. There was also a streetcar-type rail line with service to Saratoga and San Jose. Streetcar service via the Peninsular Railway started about 1905 and ended about 1933. San Francisco commuter trains continued into downtown until 1959, and Vasona Junction until 1964. The site of the old railroad station is now occupied by Town Plaza and the post office.

While VTA had originally planned to extend their Green Line to Vasona Junction and bring back passenger rail to the city, the extension was cut short to Winchester due to the high cost of the extension, minimal expected ridership gains, and the difficulty of sharing rail right-of-way to Vasona Junction with Union Pacific freight trains. [15]

Between 1891 and 1929, about 20 oil wells were drilled in and around Los Gatos, starting a minor oil-drilling boom.[16] About 1861, small amounts of oil were discovered in streams, springs, and water wells in the Santa Cruz Mountains in the vicinity of Moody Gulch, about 6.5 kilometers (4.0 mi) south of the Los Gatos Post Office.[17] An intense search for oil ensued, resulting in the drilling of many wells and establishment of the Moody Gulch oil field.[17][18] The Moody Gulch oil field, however, never met expectations, and it was abandoned about 1938 after producing a total of about 98,000 barrels (15,600 m3) of oil and 44 million cu ft (1.2 million m3) of gas.[17] In 1891, one of the Moody Gulch drillers, R.C. McPherson, found oil in a well along San Jose Road (now Los Gatos Boulevard) in the Santa Clara Valley flatlands, about 3 kilometers (1.9 mi) northeast of the Los Gatos Post Office.[17] Although commercial production was never established, small amounts of oil were produced for use as fuel, lubricant, and road tar by local residents.[17] State Route 85 roughly marks the northern boundary of the town, although a few pockets of homes to its North are included. Highway 9 (Los Gatos-Saratoga Road) from the coast terminates at Highway 17. Downtown Los Gatos, the area on and around Santa Cruz Avenue and Main Street, is located in the southwest quadrant of town. A left exit on northbound Highway 17 becomes the south end of South Santa Cruz Avenue, leading into downtown. The area around Los Gatos Boulevard, east of Highway 17, is much more typically suburban than downtown, with medium-sized shopping centers clustered at major intersections of the multilane boulevard. Although the town has generally a quiet setting, its principal noise generators are State Route 17 and Los Gatos Boulevard. Sound levels within one hundred and fifty feet of Los Gatos Boulevard exceed 60 db CNEL (Community Noise Equivalent Level),[20] a generally unacceptable range for residential living. Vasona Park, a county park, and neighboring Oak Meadow Park, which belongs to the town, are located in what is roughly the geographic middle of the town, bordered on the south by Blossom Hill Road, on the east by Highway 17, on the west by University Avenue, and reaching at the north end not quite all the way to Lark Avenue. Located in the parks is the popular William "Billy" Jones Wildcat Railroad. In Vasona Park is the trail to Prune Ridge. Los Gatos Creek begins in the Santa Cruz Mountains south of the town and runs through the town parallel to Highway 17 all the way through neighboring Campbell and San Jose to the Guadalupe River, which flows into San Francisco Bay. A walking, jogging, and biking trail called the Los Gatos Creek Trail runs alongside much of the creek from Lexington Dam through Vasona Park and Campbell to Meridian Avenue in San Jose. In Los Gatos, the trail passes the 1854 Forbes Mill. Los Gatos is surrounded by several mountain bike trails. Cyclists can leave from downtown on a 20-mile (32 km) loop through the Santa Cruz Mountains. From downtown, El Sereno mountain stands to the southwest; El Sombroso stands to the southeast. The El Sereno Open Space Preserve and the Sierra Azul Open Space Preserve open the top and upper flanks of each of these mountains to hiking and cycling.

Though the official total area of the town is 11.2 square miles, approximately 100 square miles of the surrounding Los Gatos Mountains (within the Santa Cruz Mountains range) has a Los Gatos address and uses the 95033 ZIP code (primarily) for U.S. Postal Service mail delivery (among other purposes).

Los Gatos experiences nearly the same temperatures as San Jose, just slightly warmer and with more rain. Los Gatos has a Mediterranean climate like much of California. January's average high is 63 °F (17 °C) and the low is 43 °F (6 °C) while July's average high is 86 °F (30 °C) and low is 57 °F (14 °C). Los Gatos has a Zone 10 hardiness zone. Daytime high temperatures very rarely stay below 50 °F (10 °C). Los Gatos rarely gets a hard frost. Los Gatos gets the slight winter chill that is needed to grow grapes and have vineyards. Types of bananas that ripen within three months grow well during the summer.

The following companies are headquartered in Los Gatos:

According to the Town's 2012 Comprehensive Annual Financial Report,[24] the top employers in the town were:

The town is governed by five elected council members with the position of mayor rotating between council members each year. Half the council is elected to a four-year term every two years. There are no term limits for the Town Council.

In the United States House of Representatives, Los Gatos is in California's 18th congressional district, represented by Democrat Anna Eshoo.[30]

The town of Los Gatos is served by the VTA, (Valley Transportation Authority) which also serves the majority of the county of Santa Clara, including San Jose.

The two Los Gatos Community Buses run from Santa Cruz and Main to the Winchester Transit Center, the 49 via Los Gatos Boulevard and the 48 via Winchester.

For railroad transportation the nearby city of Santa Clara has the closest train station served by Caltrain, and nearby in the city of Campbell provides access to VTA light-rail via the Winchester, Downtown Campbell, and Hamilton stations. The Los Gatos Public Library is operated by the Town of Los Gatos and is not part of the Santa Clara County Library system. The library is located at 100 Villa Ave, Los Gatos, CA in the town Civic Center. Any California resident with proper identification and verification of their mailing address may have borrowing privileges.

Lexington Reservoir is an artificial lake on Los Gatos Creek near Los Gatos.

Los Gatos offers a variety of outdoor activities such as mountain biking, road cycling, trail running, kayaking, hiking. Los Gatos Creek trail is a fun and safe place for the entire family to enjoy all of these activities. Vasona Lake Park is located in the center of the town. Enjoy a nice Saturday afternoon with the family in the park.

Notable past and current residents 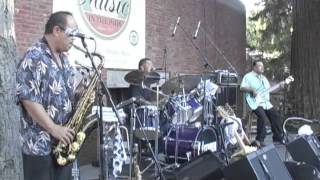 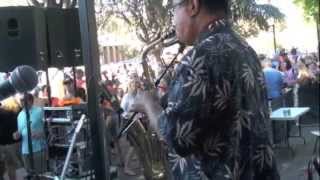 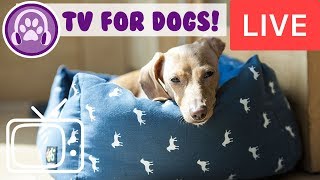 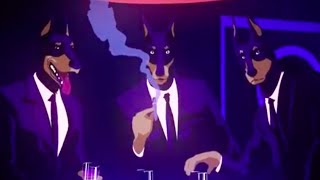 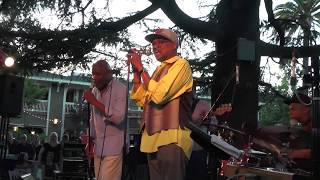 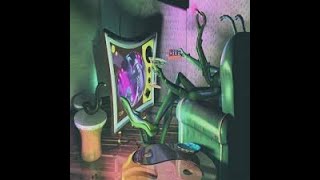 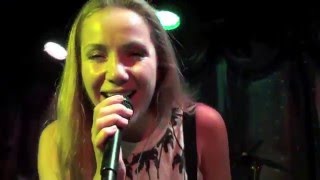 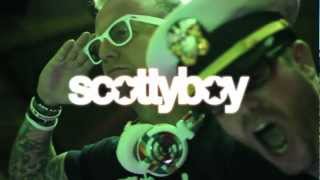 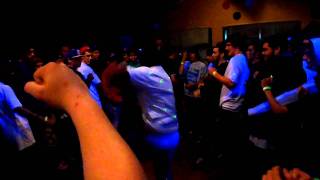 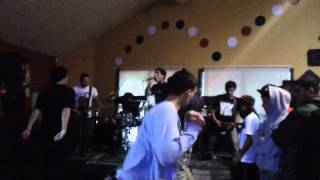 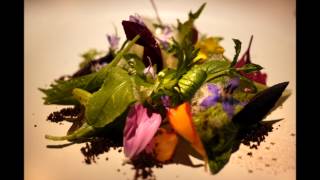 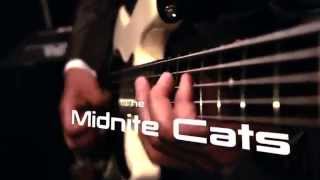 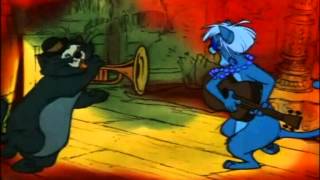 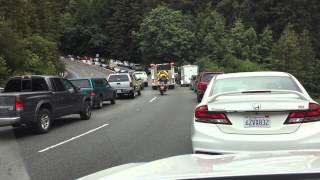 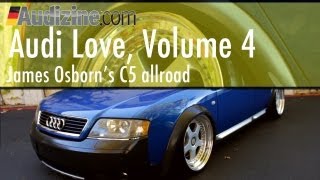 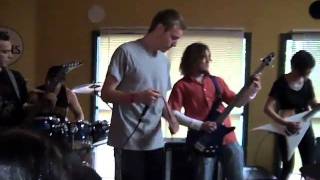 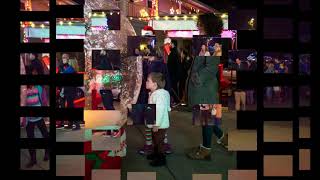 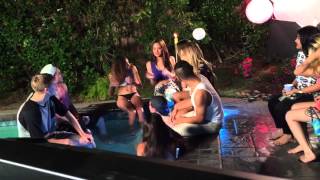 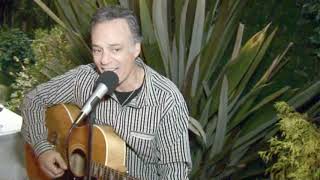