Merced (Spanish for "Mercy") is a city in, and the county seat of, Merced County, California, United States, in the San Joaquin Valley. As of 2019, the city had a population of 83,676.[10] Incorporated on April 1, 1889, Merced is a charter city that operates under a council-manager government. It is named after the Merced River, which flows nearby.

Merced, known as the "Gateway to Yosemite," is less than two hours by automobile from Yosemite National Park to the east and Monterey Bay, the Pacific Ocean, and multiple beaches to the west. The community is served by the passenger rail service Amtrak, a minor, heavily subsidized airline through Merced Regional Airport, and three bus lines. It is approximately 110 miles (180 km) from Sacramento, 130 miles (210 km) from San Francisco, 45 miles (72 km) from Fresno, and 270 miles (430 km) from Los Angeles.

Since 2005, Merced has been home to University of California, Merced. Current recreational opportunities in the city include Applegate Park and zoo, Bear and Black Rascal Creeks and their bike trails, a skate park located in Applegate, Playhouse Merced, a live-stage theater downtown, two first-run movie theaters, The Mainzer Theater which is known for its historic and architectural value, the County Courthouse Museum circa 1889, the Merced Multicultural Arts Center and the County Library. Though still growing, Merced has several shopping areas including the Merced Mall, anchored by Target, JCPenney and Kohl's, a strip mall located on the city's northwest side which includes, Barnes & Noble, Lowe's, Walmart, and several restaurants. Merced's Main Street contains several restaurants, a movie theater, and other assorted shops. Homes at the median level in Merced had lost 62% of their value from the second quarter of 2006, when they peaked at $336,743, the biggest drop anywhere in the country, according to data provided to Forbes by Local Market Monitor, a Cary, North-Carolina-based real-estate research firm. Home prices have since rebounded, with the median sale price in April 2018 at $247,000.[12] Earlier, home building and buying grew exponentially in Merced, but the metro area went to a 14.2% unemployment rate in December 2013. Having since recovered to a rate of 8.7% in April 2018, it is still above the national and state unemployment averages. However, some efforts have been directed towards diversifying its economy and are showing a lowering trend in the overall unemployment rate,[13] according to the Bureau of Labor Statistics.

During the Great Recession Merced suffered one of the greatest property price collapses in the country and house prices at the end of 2009 had fallen to 1998 levels, according to Zillow, making housing affordable compared to many other California locations. Merced's population has grown faster than the state average since 1980. Over the past nine years, the annualized growth rate is about 3.4%. This rapid expansion of population has stimulated significant retail growth since 1992. Several major retail chain stores have entered Merced, adding over 750,000 square feet (70,000 m2) of new retail space in that time and increasing the City's sales tax receipts by over $500,000 annually.

The economy has traditionally relied upon agribusiness and upon the presence of Castle Air Force Base. Over the past twenty years, more diversified industry has entered the area, including printing, fiberglass boat building, warehousing and distribution, and packaging industries.

In September 1995, Castle Air Force Base closed after phasing down over the previous three years. This affected residential real estate and some sectors of the retail and service economies but overall retail continued to increase. No significant increase in unemployment was noted. Re-use of the former base is actively proceeding. Industrial development is increasing in the area.

Since 1992, more than 400,000 square feet (37,000 m2) of new industrial activity has started. In May 1995, Merced was selected as the home of the next University of California campus. UC Merced opened with its first 1,000 students in September 2005. Local planning is underway to accommodate campus development, which will eventually accommodate about 25,000 students.

The first Merced post office opened in 1870.[14] Merced incorporated in 1889[14] and now operates under the Council-Manager form of government. A plaque marking the site of the Merced Assembly Center

During World War II, the Merced County fairgrounds were the site of a temporary "assembly center" where Japanese Americans were detained after being removed from their West Coast homes under Executive Order 9066. 4,669 men, women and children from central California (with most coming from Merced County) were confined in the Merced Assembly Center from May 6 to September 15, 1942, when they were transferred to the more permanent Granada internment camp in Colorado.[15] Map of proposed route, also including the proposed Brightline West to Las Vegas

Officials of the California High-Speed Rail Authority say a flat, straight stretch through the San Joaquin Valley connecting Merced and Bakersfield will likely be the first completed. Regional Manager Thomas Tracy told the Visalia City Council that the 800-mile (1,300 km) project would be built in eight phases. The first segment, due by 2015, would stretch from Bakersfield to Merced on an initial run from San Diego to Sacramento. At its full 220 mph (350 km/h) speed, the normally three-hour car trip from Merced to Bakersfield would take 45 minutes.[]

Sample trips in the California High Speed rail would include: A major groundwater plume containing the contaminant PCE was discovered in Merced in 1987.[19] Subsequently, drilling of new water wells was severely restricted.[20]

Merced is ranked as the fifth-top producing county in California. In 2016, Merced County generated more than $3.4 billion in total value of production. The top five commodities from 2016 in Merced are:[26]

According to the city's 2010 Comprehensive Annual Financial Report,[27] the top employers in the city are:

Science and Engineering 1 building at University of California, Merced

The Merced area has access to several institutions of higher learning. Within a one-hour radius, close to 100,000 students attend colleges and universities, including: University of California, Merced, California State University, Stanislaus, California State University, Fresno and the University of the Pacific. Engineering, Business, and Nursing are some of the most studied subjects at these campuses. The University of California, Merced campus opened in late 2005 northeast of the city limits. UC Merced enrolled about 7,967 students during the 2017-2018 academic year.[30] Merced is served by the Merced City School District, which has four main middle schools, Cruickshank Middle School, Herbert Hoover Middle School, Rivera Middle School, and Tenaya Middle School. There are also 14 elementary schools in this district. Merced Union High School District has three major public high school campuses, Merced High School, Golden Valley High School, and El Capitan High School as well as a few smaller campuses offering alternative education. Merced has one community college, Merced College, which has an enrollment of more than 10,884 students as of Spring 2017.[31]

In May 2008, the UC Board of Regents endorsed continued planning for a UC Merced School of Medicine. A 2016 Community Health Assessment prepared by the Merced County Department of Public Health (MCDPH), determined that top health topics that affect Merced and Merced county are income, education, and employment; heart disease and stroke; diabetes; access to health care; and drug and alcohol abuse. In 2017 the MCDPH published the Merced County Community Health Improvement Plan in an effort to "address health disparities and to promote health equity with the goal of health and wellness for all county residents." Escaping persecution from Communist forces after the Laotian Civil War, Hmong refugees from Laos moved to the United States in the 1970s and '80s, first settling in Merced and other areas in the Central Valley of California.[36][37] The Hmong could not initially take part in farming like they had expected, as the land was owned by other people.[37] They could not get high end agricultural jobs because they did not speak sufficient English and Mexican migrants already held low end agricultural jobs. As such, a great many of Merced's Hmong collected social services and Hmong gangs arose, prompting other residents to perceive them as being the cause of economic troubles.[38] As the Hmong settlement matured and the Hmong children gained English language skills, the town's overall attitude began to be more accepting of the Hmong community.[37]

This acceptance is reflected in various services provided to the Hmong community. This includes the Merced Lao Family Community Inc., a nonprofit organization that provides social services to Hmong people,[39] the Merced Department of Public Health's MATCH (Multidisciplinary Approach to Cross-Cultural Health) program, intending to draw Hmong patients into the health care system,[36][40] a body of Hmong-speaking faculty and paraprofessionals (including college classes on Hmong culture and language),[39][41] and media outlets for the Hmong community--cable television channel Channel 11 broadcasts programming to the Hmong community twice per week and radio station KBIF 900 AM airs programming oriented towards Hmong people.[39]

While Merced has historically had a proportionally large portion of Hmong (in 1997, 12,000 of Merced's 61,000 residents were Hmong[38]), demographic shifts have reduced this. The Personal Responsibility and Work Opportunity Act of 1996 prompted a move of some Hmong to Minnesota, North Carolina, and Wisconsin. More recently, many Hmong have gone to Alaska to work in crabbing and fishing industries that require little proficiency in English.[37] In the United States House of Representatives, Merced is in California's 16th congressional district, represented by Democrat Jim Costa.[43]

Merced has a history of minor league baseball including the California League Merced Bears (1940s)[46] and Atwater Angels (1970s) in nearby Atwater, California. There were the defunct Merced Black Bears of the Horizon Air Summer Series and the current Atwater Aviators of the Golden State Collegiate Baseball League.[47] 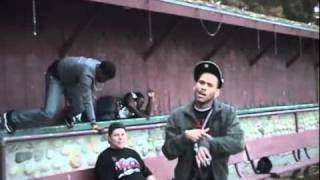 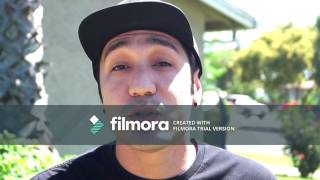 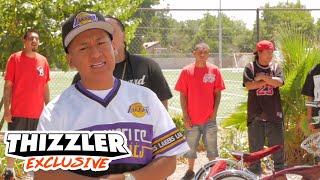 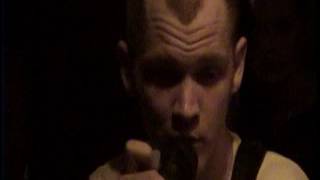 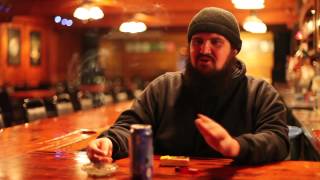 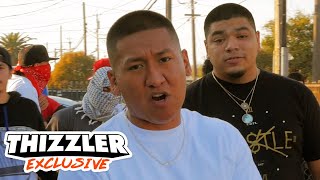 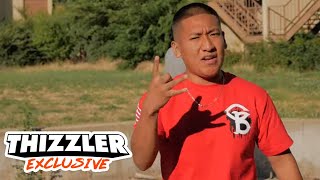 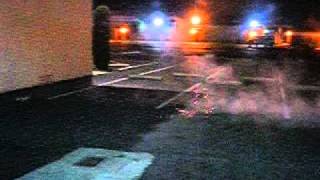 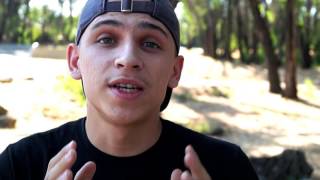 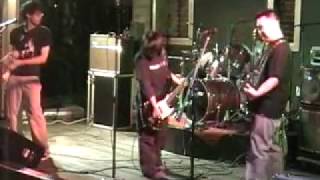 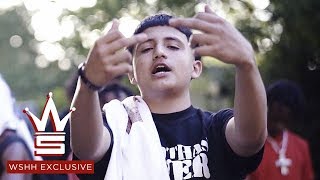 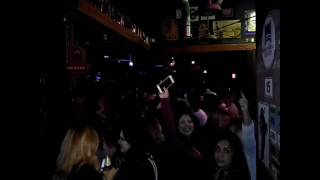 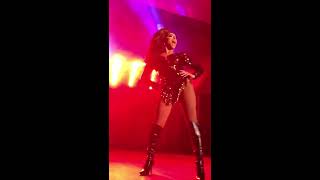 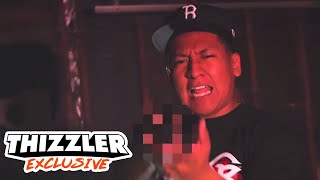 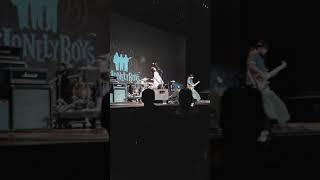 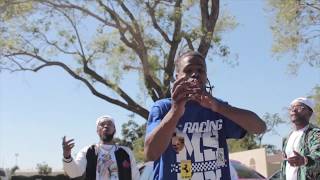 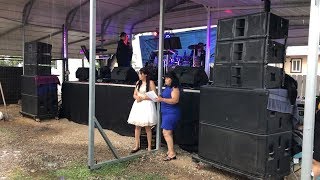 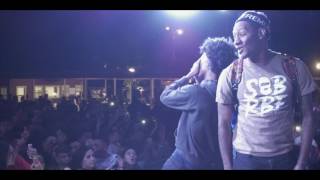 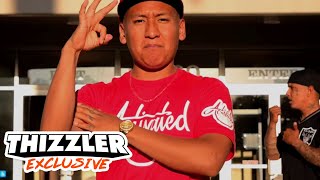