Mission Viejo is a commuter city located within Orange County, California, United States, in the Saddleback Valley. Mission Viejo is considered one of the largest master-planned communities ever built under a single project in the United States and is rivaled only by Highlands Ranch, Colorado in size. Its population as of 2019 was estimated at 94,381.[7]

Mission Viejo is suburban in nature and culture, and consists of residential properties, offices and businesses. The city is noted for its tree-lined neighborhoods, receiving recognition from the National Arbor Day Foundation. The city's name is a reference to Rancho Mission Viejo, a large Spanish land grant from which the community was founded.

Mission Viejo was purchased by Don Juan Forster, an English-born Mexican ranchero.[9] During the Mexican-American War, Forster provided fresh horses to United States military forces which were used on the march of San Diego to invade Los Angeles.

Mission Viejo was a hilly region primarily used as cattle and sheep grazing land, since it was of little use to farmers. This city was one of the last regions of Orange County to be urbanized due to its geologic complexity. In 1960, early developers dismissed most of the land in Mission Viejo as simply "undevelopable".[10]

Donald Bren, an urban planner who later became the president of the Irvine Company, drafted a master plan which placed roads in the valleys and houses on the hills, and contoured to the geography of the area.[10] The plan worked, and by 1980 much of the city of Mission Viejo was completed. During the late 1970s and the 1980s, houses in Mission Viejo were in such high demand that housing tracts often sold out before construction even began on them.[11] The houses and shopping centers in the city are almost uniformly designed in a Spanish mission style, with "adobe"-like stucco walls and barrel-tile roofs. Many point to Mission Viejo as the first and largest manifestation of Bren's obsession with Spanish architecture. Bren's company was also the creator of the developments in Irvine and Newport Beach. The company expanded its operations and went on to build the Lakes project in Tempe, Arizona, Mission Viejo Aurora in Colorado and was the initial master planner of Highlands Ranch, both in the Denver Metropolitan area.

The seal of the city of Mission Viejo was designed and drawn by Carl Glassford, an artist and former resident of the city.

According to the United States Census Bureau, the city has a total area of 18.1 square miles (47 km2), 17.7 square miles (46 km2) of which is land and 0.4 square miles (1.0 km2) (2.12%) is water. A significant portion of the surface water is held in Lake Mission Viejo, an artificial lake stretching approximately one mile from Olympiad Road to Alicia Parkway along Marguerite Parkway.

Mission Viejo is located 49 mi (79 km) southeast of Los Angeles, and 73 mi (117 km) northwest of San Diego.[12][13] It is bordered by Lake Forest on the northwest, Trabuco Canyon on the northeast, Rancho Santa Margarita and Ladera Ranch on the east, San Juan Capistrano on the south, and Laguna Niguel and Laguna Hills on the west.

Mission Viejo enjoys a borderline semi-arid/Mediterranean climate (Köppen climate classification BSh/Csa), with mild temperatures and plentiful sunshine year-round. Rainfall totals, which average around 14 inches (355 millimetres) annually are focused primarily in the months from November to March. Summer is very dry and virtually rainless. Due to the city's proximity to the ocean, nighttime and morning clouds are fairly common, especially in the months of May and June, a weather phenomenon commonly known as June Gloom or May Gray.

Like most of Southern California, the city is prone to dry Santa Ana winds, which bring hot air from inland and punctuate the normally mild temperatures with noticeable jumps. For example, temperatures have reached highs of 90 °F (32 °C) and above throughout many months of the year, occasionally into the autumn months. From 2012-2016, California experienced the worst drought in a century. In 2016, California experienced more rainfall than expected and ended most of the drought. Orange County was the last to have drought restrictions lifted.

According to the 2010 United States Census, Mission Viejo had a median household income of $96,088, with 5.3% of the population living below the federal poverty line.[17]

According to the City's 2010 Comprehensive Annual Financial Report,[20] the top employers in the city were:

The Shops at Mission Viejo and the Kaleidoscope Center serve as the city's two main shopping, dining and entertainment centers. Both cater to an upper middle class customer demographic and feature family-oriented facilities and services.

Mission Viejo also hosts a number of athletic events such as 5K runs and triathlons throughout the year. The city holds a variety of annually recurring events to celebrate holidays including a street fair and fireworks for Independence Day and public decorations and interactive activities for children during the winter holiday season featuring representation for multiple popular religions.

Mission Viejo hosted the Road Cycling Events during the 1984 Summer Olympics held in Los Angeles. The old O'Neill Road was renamed Olympiad Rd. in honor of the Olympic events in 1984. In 2004, in honor of the 20th anniversary of the 1984 Olympics Cycling Road Race, the City of Mission Viejo dedicated a permanent start/finish line and historic markers which are installed on Olympiad Road near the entrance to Lake Mission Viejo. [22][23]

Mission Viejo has numerous recreational areas such as the Norman P. Murray Community and Senior Center[24] there are about two parks per square mile. The city has three golf courses, The Mission Viejo Country Club, Casta del Sol Golf Course, and the Arroyo Trabuco Golf Club. At the center of the city is a man-made lake, Lake Mission Viejo, a private association for Mission Viejo residents with custom waterfront homes, condominiums, boat and paddle board rentals, fishing, and swim beaches. Lake Mission Viejo also holds events such as music concerts and movie screenings, usually complimentary for members and typically during the summer season.

Historically, Mission Viejo has, like most of southern Orange County, been a Republican fortress in presidential elections. In 2020, Joe Biden became the first Democratic presidential nominee to win Mission Viejo since its incorporation.

Mission Viejo is a general law city, which operates under a council-manager form of government. The Mission Viejo City Council consists of five members elected at-large to staggered four-year terms. Each year, the City Council elects a Mayor and a Mayor Pro Tem amongst themselves to serve for one calendar year. The Mayor, who has equal legislative power with fellow members of the City Council, serves as the ceremonial leader of the city and as the presiding officer of the bi-weekly City Council meetings.

Saddleback College, near The Shops at Mission Viejo and Capistrano Valley High School, is a large community college in the southern half of the city. In addition, the University of California, Irvine, Chapman University, Soka University of America, and California State University, Fullerton (Irvine Campus), are nearby in adjacent cities.

La Tierra Elementary shut down in June 2009 due to budget cuts. It was chosen due to its small size and minimal student body. The school will remain closed until further notice. Mission Viejo residents refer to La Tierra as "The Little School with a Big Heart". Students there are reassigned to Del Cerro Elementary.[36]

O'Neill Elementary, the city's first elementary school, closed in June 2009 also due to budget cuts in SVUSD. Students in the Deane Home community surrounding the school will be moved to nearby De Portola Elementary. Students living in the homes north of the lake will be moved to Melinda Heights Elementary in Rancho Santa Margarita.[37]

The Laguna Niguel/Mission Viejo station near I-5 in Laguna Niguel is served by the Orange County Line and Inland Empire-Orange County Line of Metrolink commuter rail, providing service to points in Los Angeles, Riverside, San Bernardino and San Diego Counties.[40] The Amtrak Pacific Surfliner served Laguna Niguel from 2007 to 2012, but has since ceased to stop here. Amtrak continues to serve the nearby Irvine and San Juan Capistrano stations.[41]

California State Route 241 travels within Mission Viejo's city limits and has one interchange within the city at Los Alisos Boulevard.

A very short portion of California State Route 73 travels within Mission Viejo's city limits. There is a Mission Viejo population and elevation road sign directly beneath the northbound onramp that roughly marks the official city limits which travels down the center of Via Escolar to the rail tracks on either side of the interstate. The entrance to SR 73 from I-5 northbound is located in the nearby city of San Juan Capistrano as well as the off ramp from SR 73 to I-5 in the southbound direction. There are no exits or entrances to SR 73 within Mission Viejo.

The original route for U.S. Highway 101 previously ran through Mission Viejo on what is now El Paseo and Camino Capistrano. A historical marker was placed by the City of Mission Viejo commemorating the historic road route which is located about 0.15 miles south of the intersection of Oso Parkway and Cabot Road, although it is located in the nearby city of Laguna Niguel. It was at the time the only major road connecting San Diego to Los Angeles and San Francisco. It was abandoned when Interstate 5 was completed in the 1950s and has since been mostly removed to make way for interstate expansions and housing or commercial developments. There is a bridge on Camino Capistrano that crosses over Oso Creek that was built for U.S. 101 and dates back to 1938.

Mission Hospital is the largest hospital in south Orange County and serves as the area's regional trauma center. It also offers one of two Children's Hospital of Orange County locations providing care for children. 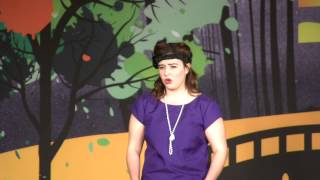 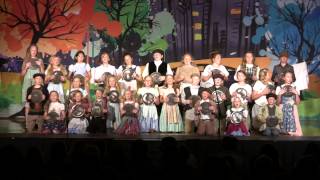 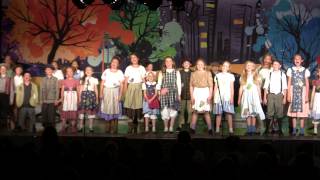 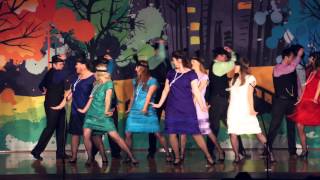 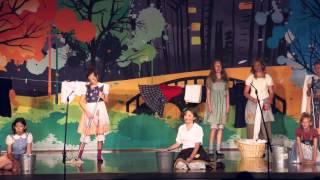 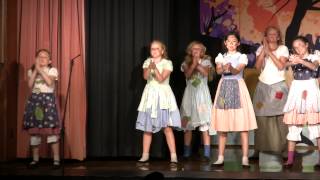 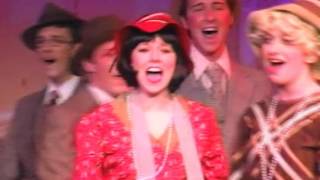 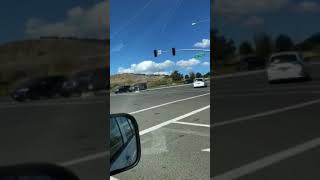 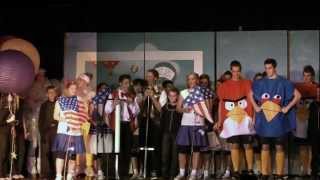 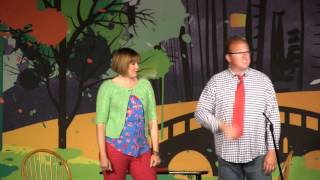 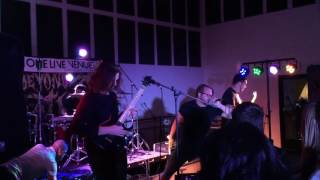 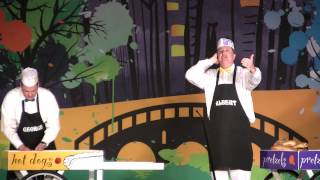 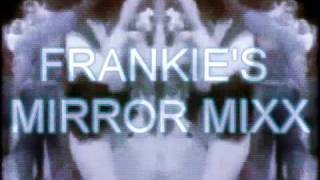 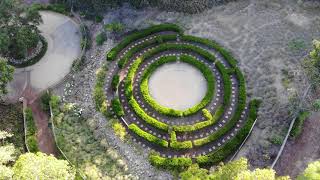 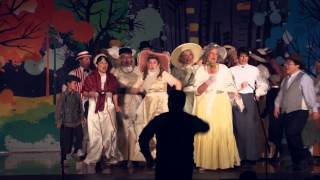 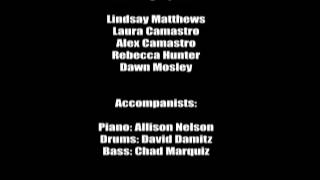 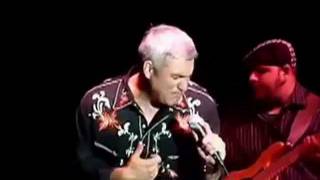 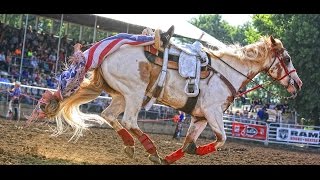 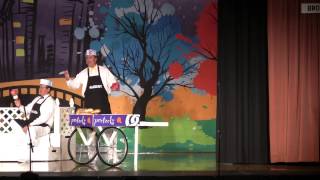 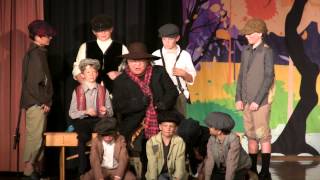