Pomona ( p?-MOH-n?[9]) is a city in Los Angeles County, California, United States. Pomona is located in the Pomona Valley, between the Inland Empire and the San Gabriel Valley. As of the 2010 United States Census, the city's population was 149,058.[10] View to the west-southwest down San Jose Creek from Pomona Park (now Ganesha Park) in 1904. Elephant Hill is in the center distance.

The area was originally occupied by the Tongva Native Americans.[]

The city is named after Pomona, the ancient Roman goddess of fruit.[11] For horticulturist Solomon Gates, "Pomona" was the winning entry in a contest to name the city in 1875, before anyone had ever planted a fruit tree there.[12] The city was first settled by Ricardo Vejar and Ygnacio Palomares in the 1830s, when California and much of the now-American Southwest were part of Mexico.

The first Anglo-Americans arrived prior to 1848 when the signing of the Treaty of Guadalupe Hidalgo resulted in California becoming part of the United States.[2] In 1864, the owners of Rancho San José sold 12,000 acres (49,000,000 m2; 49 km2) to Louis Phillips, a Jewish Prussian immigrant, who would shortly be known as "the richest man in Los Angeles County." He built the largest commercial building in Los Angeles central business district at the time, the Phillips Block, which would eventually house Hamburger's, the then-largest department store in the Western United States. Phillips sold a parcel of his land to William "Uncle Billy" Rubottom, in 1866 who founded a new town there and named it Spadra after his hometown, now part of Clarksville, Arkansas. The site of Spadra is 3 miles (4.8 km) west of the Pomona Station along Pomona Blvd. just east of the 57 (Orange) Freeway. Spadra became a stagecoach stop, Rubottom built the Spadra Hotel and Tavern to serve travelers, and by 1870, Spadra had 400-500 residents, three stores, a school, and a post office. In 1873, Phillips convinced the Southern Pacific Railroad to build a line to Spadra. Phillips thought Spadra would become a great town, and built his Phillips Mansion there in 1875, which together with the Spadra Cemetery are the only two remnants of the town that still exist today. Fullerton's Main north-south road was named Spadra Road for its first 75 years, as long before the 57 Freeway it was the road through Brea Canyon to Spadra, and was later renamed Harbor Boulevard. The Southern Pacific Railroad had a terminus at Spadra, but the line was extended east to Colton, and Spadra lost momentum. In 1964, the area was annexed by Pomona.[13][14]

By the 1880s, the arrival of Coachella Valley water which, together with railroad access, made it the western anchor of the citrus-growing region. Pomona was officially incorporated on January 6, 1888.[2]

In the 1920s Pomona was known as the "Queen of the Citrus Belt", with one of the highest per-capita levels of income in the United States. In the 1940s it was used as a movie-previewing location for major motion picture studios to see how their films would play to modally middle-class audiences around the country (for which Pomona was at that time viewed as an idealized example).[]

Religious institutions are deeply embedded in the history of Pomona. There are now more than 120 churches, representing most religions in today's society. The historical architectural styles of these churches provide glimpses of European church design and architecture from other eras.[12]

Pomona Mall was a downtown pedestrian mall, recognized by the Los Angeles Conservancy as an outstanding example of Mid-century modern and modern architecture and design. It was completed in 1962, one element in a larger plan of civic improvements covering the whole city.[15] The eastern end is now part of the Western University of Health Sciences campus, while the western end now houses numerous art galleries, art studios and restaurants.[16][15]

In 2005, Pomona citizens elected Norma Torres, the first woman of Guatemalan heritage to be elected to a mayoral post outside of Guatemala.[17] Later, she would become a U.S. congresswoman representing California's 35th congressional district in 2015.

Pomona is bordered by the cities of San Dimas on the northwest, La Verne and Claremont on the north, Montclair and Chino on the east, Chino Hills and Diamond Bar on the south, and Walnut, South San Jose Hills, and Industry on the southwest. The Los Angeles/San Bernardino county line forms most of the city's southern and eastern boundaries.

Pomona has a Mediterranean climate (Köppen climate classification Csa) with hot, dry summers and mild, damp winters and a large amount of sunshine year-round. August is the warmest month with an average daytime high temperature of 92 °F (33 °C). Summers are characterized by sunny days and very little rainfall during the months of June through September. Fall brings cooler temperatures and occasional showers, as well as seasonal Santa Ana winds originating from the northeast. December is the coolest month with an average high temperature of 68 °F (20 °C). Winter also brings the majority of annual precipitation. Snowfall is virtually unheard of, but frost can occur once or twice a year. Annual precipitation averages 17.32 inches (439.9 mm).

The following structures in Pomona are noted by the Los Angeles Conservancy:

The most common ancestries in Pomona are German, English, Italian, Irish and French.[26]

Since the 1980s, Pomona's newest neighborhood Phillips Ranch, experienced rapid growth with homes still being built in the hilly area between Downtown and Diamond Bar. Today, Phillips Ranch is nearly all residential.[32] Northern Pomona has seen some gentrification with additional housing units added and revamped streetscapes. Pomona Electronics was originally based in the city.[]

Pomona had two malls, the pedestrian Pomona Mall downtown and the Indian Hill Mall, both now defunct as malls per se, but still dedicated to retail and other uses.[]

The city is the site of the Fairplex, which hosts the L.A. County Fair and the Pomona Swap Meet & Classic Car Show. The swap meet (for car parts and accessories) is part of the car show, which is a single-day event held seven times throughout the year.[34]

The city is also home to the NHRA Auto Club Raceway at Pomona (formerly the Pomona Raceway), which hosts Winternationals drag racing competition.[35]

1910 postcard image of Pomona Valley with Mt. Baldy in the distance The city is governed by a seven-member city council. Regular municipal elections are held on a Tuesday after the first Monday in November in even-numbered years. Councilmembers serve four-year terms, and the mayor is the presiding councilmember, elected at-large. The other six members are elected by districts. Every eight months, the council appoints a new vice mayor from among its members.[36]

In the Los Angeles County Board of Supervisors, Pomona is in the 1st District, represented by Democrat Hilda Solis.

In the United States House of Representatives, Pomona is in California's 35th congressional district, represented by Democrat Norma Torres.[40] The School of Arts and Enterprise, a charter high school, is also located in the city.[43]

The major daily newspaper in the area is Inland Valley Daily Bulletin. La Opinión is the city's major Spanish-language paper. There are also a wide variety of smaller regional newspapers, alternative weeklies and magazines, including:

Pomona is serviced by:

The service runs much more frequently than other area mass transit, and operates around the clock. 60-foot NABI articulated buses are used on this route, similar to those used on the Metro G Line, Metro Local, and Metro Rapid.[] 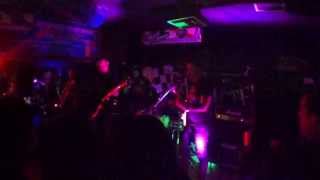 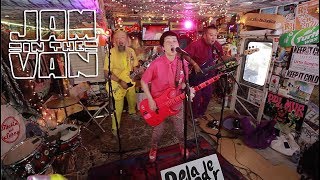 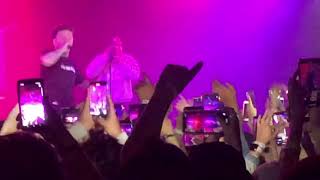 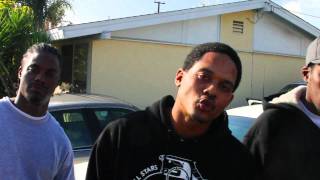 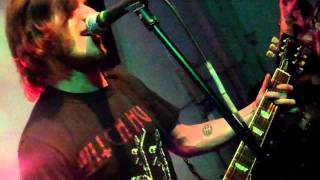 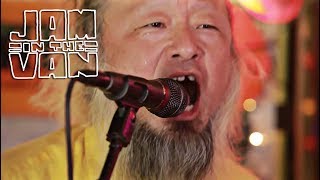 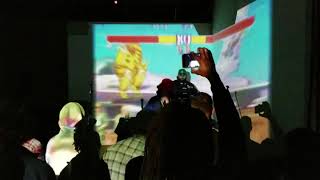 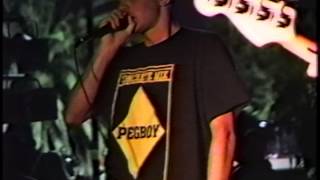 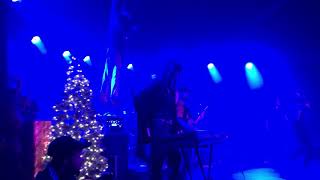 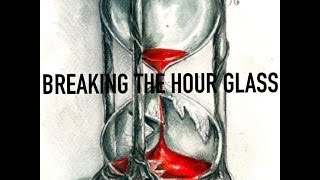 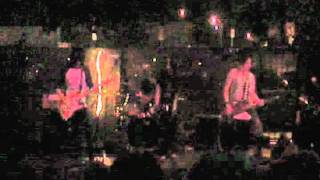 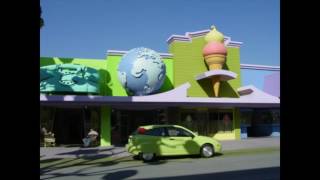 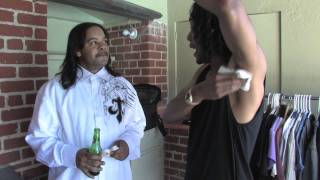 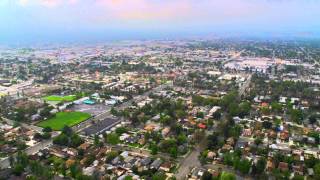 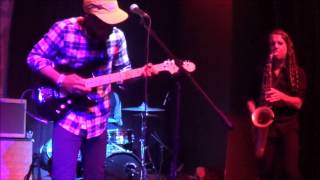 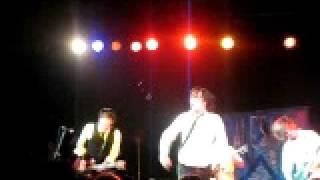 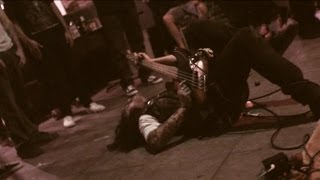