A Scottish statutory instrument (Scottish Gaelic: Ionnsramaid Reachdail na h-Alba; SSI) is subordinate legislation made by the Scottish Ministers or a regulatory authority in exercise of powers delegated by an Act of the Scottish Parliament. SSIs are the main form of subordinate legislation in Scotland, being used by default to exercise powers delegated to the Scottish Ministers, the Lord Advocate, the High Court of Justiciary, the Court of Session, and the Queen-in-Council.[1]:[s. 27]

SSIs, and the power to enable the creation of subordinate legislation in general, are not mentioned in the original text of the Scotland Act 1998, which devolved powers to the Scottish Parliament. Rather, this power is implied by the statement that Acts of the Scottish Parliament are law to the extent that they are not "outside the legislative competence of the Parliament," without any subsequent reservation of the power to make subordinate legislation.[4]:(s. 28-29)

Before Scottish devolution, subordinate legislation applying only to Scotland was published as a subseries of the larger UK statutory instrument (SI) series. This subseries is now used for SIs which deal with reserved matters in relation to Scotland.[5]:12

In other cases, an SSI may be used to bring into force parts of the law through so-called "commencement orders." In these cases, sections of Acts may have no legal force until brought into force, which may allow time for accommodating preparations to be made. One example of a commencement order is the Bankruptcy (Scotland) Act 2016 (Commencement) Regulations 2016, which brought almost the entirety of the Bankruptcy (Scotland) Act 2016 into force.[9]

Another example, although not involving SSIs, is the Health and Safety at Work etc. Act 1974, which applies to Scotland and makes provisions relating to ensuring safety in the workplace. This Act covers a wide remit, and so UK SIs have been issued under the same sections to cover different industries. Specifically, some sections of this Act which allow making SIs were used to make both the Control of Substances Hazardous to Health Regulations 2002 and the Control of Vibration at Work Regulations 2005 even though those regulations are not related.[10][11]

An SSI may only be made where an Act of the Scottish Parliament or Act of the UK Parliament gives that power. Such an Act is known variously as an enabling or parent Act, and sets out the scope of the power to make SSIs, and the associated procedure for exercising that power. An SSI may only make provision within the scope of its enabling power, and any provision outside that scope is invalid.

An SSI is "made" when it is signed by a person or body who has the power to make that SSI - typically the Scottish Ministers.[12] This terminology appears to be inherited from the UK Parliament, as the Scottish Parliament has not provided official guidance specifically defining the term.

The "laying" of an SSI is the putting of that SSI before the Scottish Parliament for the Parliament's consideration. The phrase comes from laying before the house, which originally referred to the placing of a (physical) document on the table in the assembly chamber. All SSIs are required to be laid before Parliament in the manner specified by the Parliament's standing orders, although not laying an SSI before Parliament does not invalidate it.[13]:[Ch. 14] The date an SSI is laid is also generally the date from which parliamentary scrutiny may begin.[1]:[ss. 28-32]

The DPLRC and other committees report back to Parliament, which applies a varying level of scrutiny depending on the exact procedure for that SSI.[6]:6

A negative SSI is an SSI subject to negative procedure. Such SSIs must be laid before Parliament at least 28 days before they come into force, and may be annulled by Parliament resolution within 40 days of their being laid. If an SSI is annulled after it comes into force, it ceases to have force from the date of annulment.[1]:[s. 28]

An affirmative SSI is subject to affirmative procedure. These SSIs must be approved by resolution of Parliament before they can come into force.[1]:[s. 29]

Some SSIs are subject to special parliamentary procedure. These are so-called special procedure orders (SPOs), and differ from SSIs subject to other types of procedure in that notice of SPOs must be posted in the Edinburgh Gazette (or a local newspaper, if the SPO relates to a particular area) and in that members of the public may object to an SPO.[1]:[s. 49]

In addition to the above procedures, which are defined by the Interpretation and Legislative Reform (Scotland) Act 2010, an enabling Act may specify its own procedure for making SSIs. SSIs made under another procedure must be laid before Parliament "as soon as practicable after [they are] made," with some exemptions. As of October 2016, the exempted enactments are:[1]:[s. 30]

Examples of these other procedures are laid-only procedure, where an SSI is laid before Parliament but cannot be rejected; and super-affirmative procedure, where a draft SSI must be subject to a formal consultation or other requirement before it can be made.[6]:6

An SSI will not typically have legal force immediately. Rather, it may require parliamentary approval, and may specify a "commencement day" on which it comes into force. For example, the order bringing into force the Bankruptcy (Scotland) Act 2016 was made on 15 September 2016, laid before Parliament on 21 September 2016, and has a commencement day of 30 November 2016.[9]

While SSIs are separate from UK SIs, they generally appear to follow the same naming convention for rules, regulations, and orders. The Scottish Parliament and Scottish Government have not, however, as of October 2016, published official guidance defining the terms, and so it cannot be known with certainty whether the definitions used for SSIs and SIs are identical.

These definitions were established by the so-called "Donoughmore Committee" of 1932, and recommended in official guidance published by the Her Majesty's Stationery Office. The committee recommended that:[5]:[pp. 6-7]

These definitions mostly hold true for SSIs, with some key differences. The Parliamentary Counsel Office recommends that, from 2016, rules only be used set out procedure for courts, tribunals and other bodies, and that regulations be used for everything else - including commencement orders.[15]:23 That is not to say that orders are not used, as certain older Acts specify powers to create subordinate legislation as powers to create orders. A common example is the Road Traffic Regulation Act 1984 which, among other powers, provides that an authority "may by order restrict or temporarily prohibit use of [a] road." In 2015, approximately 160 orders were made under this Act, representing around 36% of all SSIs in 2015.[16]

An Order of Council is a form of legislation made by the Lords of the Privy Council (in practice, ministers of the Crown).

Orders of Council that are Scottish Statutory Instruments generally relate to higher education, for example under the powers in the Further and Higher Education (Scotland) Act 1992 to make provision for the constitution of governing bodies or regulate the granting of degrees.[22]

The Court of Session (the supreme civil court of Scotland) makes Acts of Sederunt to regulate its proceedings, the proceedings of tribunals, and the proceedings of Scotland's sheriff courts when they hear civil matters, including the Sheriff Appeal Court. The majority of the current power of the Court of Session to regulate is derived from the Courts Reform (Scotland) Act 2014, although some other Acts do also empower the Court.[23]

The original power of the Court of Session to regulate stems from the College of Justice Act 1540, which provided the court with the "power to make such acts, statutes and ordinance as they shall think expedient for ordering of processes and the hasty expedition of justice." Prior to this, following the 1532 establishment of the Court, the power to regulate was held by the Parliament of Scotland.[24][25][26]

An Act of Adjournal is a form of legislation made by the High Court of Justiciary (the supreme criminal court of Scotland) to regulate its proceedings, the proceedings of the sheriff courts and the Sheriff Appeal Court when they hear criminal matters, and the justice of the peace courts. Acts of Adjournal are analogous to Acts of Sederunt, which regulate civil proceedings. The current power to regulate of the High Court comes from section 305 of the Criminal Procedure (Scotland) Act 1995, which allows the court to make Acts concerning practice and procedure including by electronic means, summary procedure fees, payment of fines by prisoners, and to make law necessary for the implementation of Acts of Adjournal and Acts of Parliament.[27]:[s. 305]

The parts an SSI is divided into have different names depending on the type of SSI and, although no official guidance has been published by the Scottish Government or Scottish Parliament, the names of the divisions appear to be identical to the names used for UK SIs.

The divisions shown in the table are for the main body matter of the SSI, and the Orders column includes Orders in Council. It is also common, regardless of the traditional name of the division, to refer to a division generally as a "clause," such as in "interpretation clause" (which would provide information on how the instrument is to be interpreted). In addition to these numbered (or lettered) paragraphs, an SSI can contain unnumbered paragraphs.

As with Acts of the Scottish Parliament, SSIs can have schedules annexed to them. Schedules to SSIs are divided in the same manner as Acts.[5]:7-8 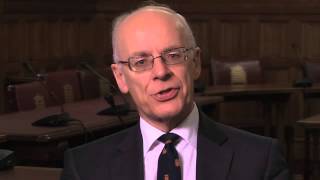 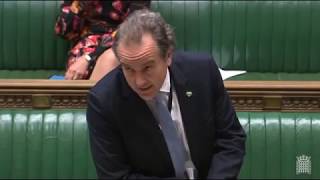 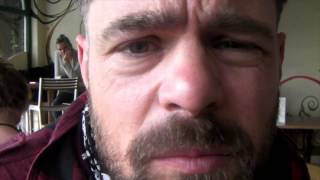 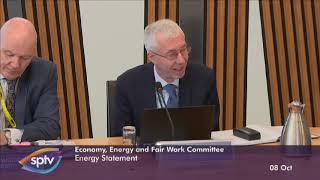 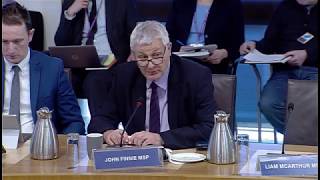 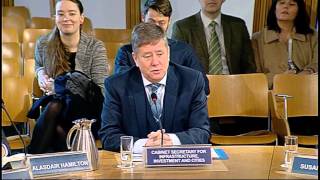 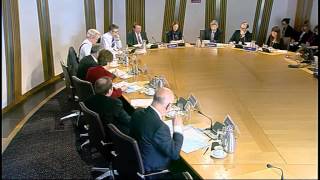 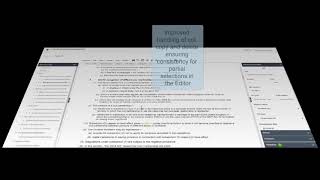 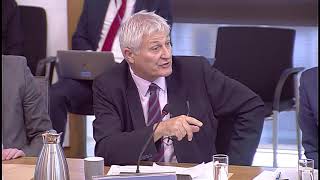 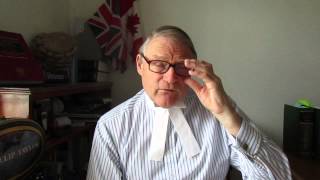 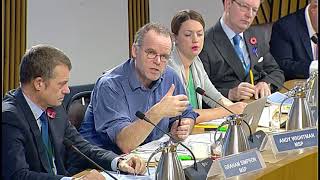 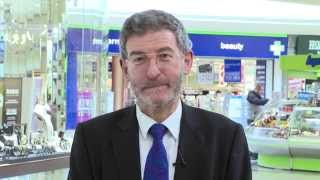 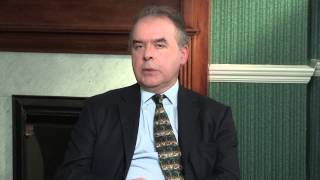 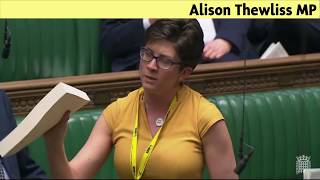 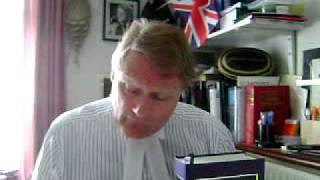 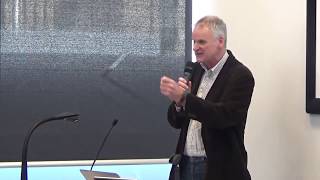 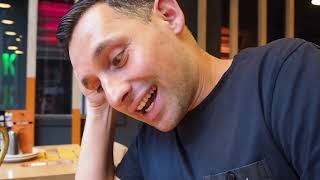 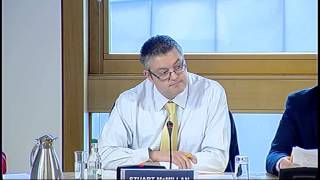 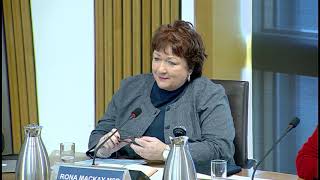