An Algerian musician playing the zurna.

A variety of zurna from the Museum of Greek Folk Musical Instruments. Karna, one of the ancient Persian musical instruments, 6th century BC, Persepolis Museum.

The zurna, like the duduk and kaval, is a woodwind instrument used to play folk music.

The zurna is made from the slow-growing and hardwood of fruit trees such as plum or apricot (Prunus armeniaca). There are several different types of zurnas. The longest (and lowest-pitched) is the kaba zurna, used in western Turkey and Bulgaria, the shortest (and highest-pitched), which can be made of bone, is the zurna played in Messolonghi and other villages of Aetolia-Acarnania region in Greece.

The zurna, a relative of oboe, is found almost everywhere where the common reed grows because it uses a short cylindrical reed that is tied to a conical brass tube on one end, flattened to a narrow slit on the other end as a source of the sound.

It requires high pressure to give any tone at all and when it does, it is almost constantly loud, high pitched, sharp, and piercing.

The need for high pressure makes it suitable for playing without stop using circular breathing. A small pacifier-style disk that the lips may lean on helps the lip muscles that hold the high-pressure air, rest, and recover during long non-stop playing sessions.

The combination of constant volume and non-stop playing makes zurna not very suitable to emphasize the rhythm. It has therefore been played almost invariably along with big drums that both provide the rhythm and the lower frequencies that bear further away than Zurnas loud high pitched sound.

It has a cylindrical bore, and a bell opening out in a parabolic curve, thus adapted to reflect the sound straight ahead. Because of its loud and highly directional sound as well as accompaniment by big drums, it has historically been played outdoors, during festive events such as weddings and public celebrations. It has also been used to gather crowds in order to make official announcements. This use of the zurna as a token of the ruling power developed into Janissary bands and eventually into military music.

Seven holes on the front, and one thumb hole, provide a range of over one octave including some transposition.[]

It is similar to the mizmar. Zurnas are used in the folk music of many countries, especially in Iran, Algeria, Azerbaijan, Armenia, Central Asia, Iraq, Syria, Turkey, Greece, Bulgaria, North Macedonia, Albania, Serbia, Bosnia, Croatia and the other Caucasian countries, and have now spread throughout India, China, Korea and Eastern Europe.[] In the Slavic nations of the Balkans it is typically called zurla ().

The zurna is most likely the immediate predecessor of the European shawm, and is related to the Chinese suona still used today in weddings, temple and funeral music.[1] The Japanese charumera, or charamera, traditionally associated with itinerant noodle vendors is a small zurna, its name derived from the Portuguese chirimiya. Few, if any, noodle vendors continue this tradition, and those who do would use a loudspeaker playing a recorded charumera.[]

Turkish lore[] says that Adam, who was moulded from clay, had no soul. It is said only the melodious tuiduk-playing of Archangel Gabriel could breathe life into Adam. According to a Turkmen legend,[] the devil played the main role in tuiduk invention (note the term ?devil openings", ?eytan delikleri, in Turkish for the small apertures on the bell). The name is derived from Persian "" (surn?y), composed of "" (s?r) meaning "banquet, feast", and (n?y) meaning "reed, pipe".[2] The term is attested in the oldest Turkic records, as "suruna" in the 12th and 13th century Codex Cumanicus (CCM fol. 45a). Zurna has also been suggested as a possible borrowing from Hittite or Luwian into the Armenian language, where Arm. zu?na is compared to Luwian zurni "horn".[3] 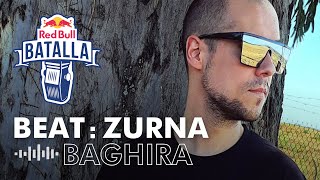 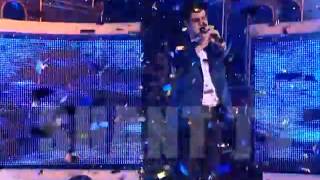 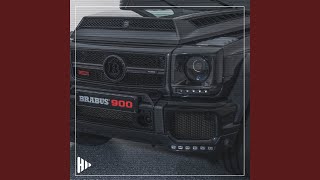 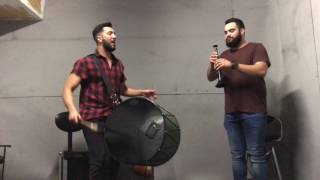 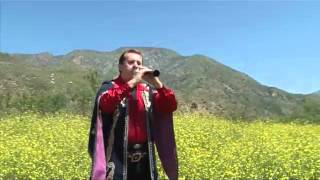 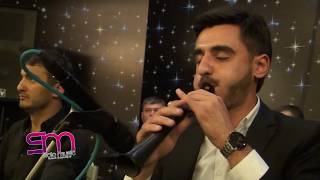 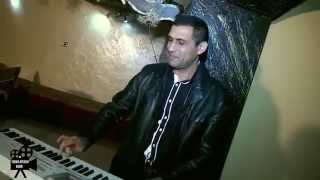 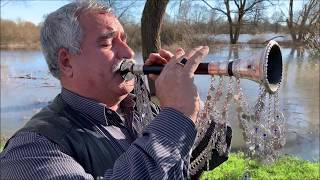 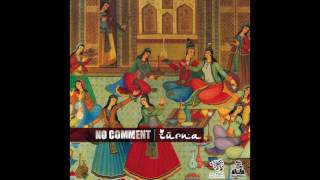 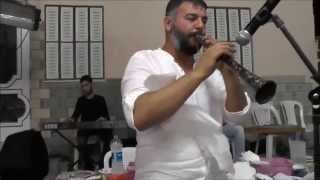 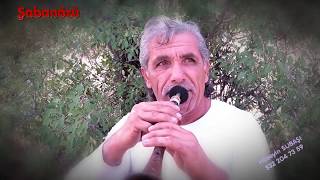 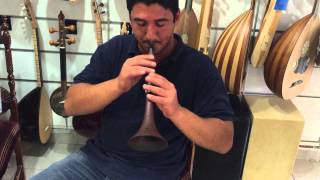 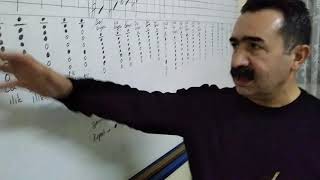 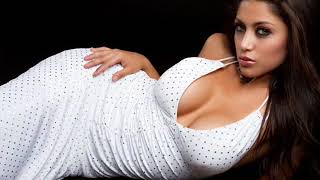 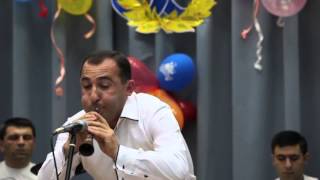